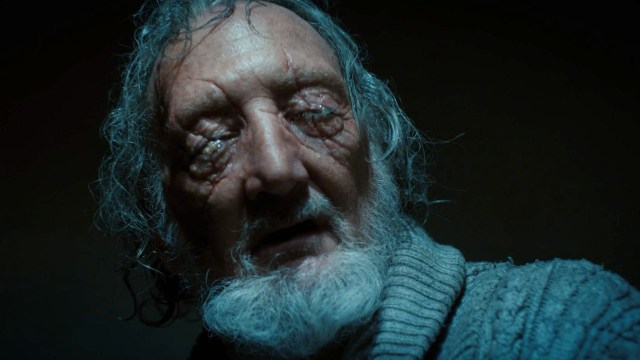 The fourth season of Stranger Things managed to both entertain fans and break their hearts at the same time — and trust us, we’re still not over the death of that character. Still, the action-packed fourth season presented a handful of characters that were paramount to the show’s overall story, many of whom were not given a proper exit nor an end-game that makes sense for them. And while this was likely because the Duffer brothers decided to focus on several of the show’s main characters — namely, Max, Eleven, and Hopper — other characters in the fourth season definitely deserve to have a rightful ending to their story.

Additionally, there are certainly characters from prior seasons of the sci-fi mega-hit that have a strong chance of appearing in the fifth and final season of the show. It remains to be seen in what capacity these characters will be included — or if they are at all — but these characters could surely prove significant to the story of the series and can help shape its heart-stopping conclusion. So, here are 10 surprising characters that could return for the fifth season of Stranger Things.

As fans are aware, Terry Ives is the biological mother of Jane “Eleven” Hopper. After Jane was born, she was kidnapped by Dr. Brenner and used as a testing subject in Hawkins Lab for numerous experiments. Terry soon realizes this and attempts to free Jane from Hawkins Lab, but she is instead captured and forced to undergo electroshock therapy which causes significant brain damage. Even though we haven’t seen Terry in person since Eleven visited her in season two, perhaps Terry can make a final appearance before the show’s swan song.

Lonnie Byers is the overbearing and uncaring biological father of Will and Jonathan Byers, as well as the ex-husband of Joyce Byers. Lonnie is an abusive drunk who never seems to actually care about the wellbeing of either of his sons — especially Will when he goes missing in the first season. Still, perhaps Lonnie can make an appearance in the fifth season after learning that Joyce and Hopper are an item. Or, maybe Lonnie can undergo a redemption arc by helping the Hawkins clan stop Vecna from taking over the town. It remains up in the air, but for now, we’ll be gritting our teeth at the sight of Lonnie.

If anybody says to you that Suzie isn’t one of the most underrated characters in the show, then they’re definitely lying. Introduced in season three, Suzie is the girlfriend of fan-favorite Dustin Henderson. The two met at summer camp and immediately hit it off — and, funnily enough, they were the two major factors in closing the gate to the Upside Down in season three. Suzie thankfully makes a return in season four when Mike, Will, Jonathan, and Argyle request her help in tracking down “The Nina Project,” the top secret government facility housing an immersive sensory deprivation tank capable of rejuvenating Eleven’s psychokinetic abilities. Seeing as Suzie has saved Hawkins in the past, it makes sense that the gang would need her assistance to save the town again in season five.

Dmitri is undoubtedly one of the unspoken heroes of Stranger Things 4. Dmitri is a Russian prison guard who uses the alias “Enzo” when attempting to help Jim Hopper make contact with Joyce Byers back in Hawkins. Eventually, Joyce and Murray travel to Russia, only to be double-crossed by Dmitri’s associate Yuri. Dmitri is caught soon after and forced to be a prisoner alongside Hopper, where the two eventually forge an escape plan and are rescued by Joyce and Murray. In the season four finale, Joyce and Hopper make it back home to Hawkins, but there’s no sign of Dmitri. While it’s unclear what happened to Dmitri, we can only hope that he makes an anticipated return in season five to help Hopper once again.

Mr. Clarke just doesn’t get the recognition that he so desperately deserves. Scott Clarke is the science teacher of Mike, Will, Dustin, and Lucas at Hawkins Middle School. Whenever the boys needed help or had an important question — usually relating to the Upside Down — and without giving Mr. Clarke too much information, he was always there to lend a hand to his favorite students. Unfortunately, we haven’t seen Mr. Clarke since the third season of the show — which makes sense, considering the boys are now in high school. Still, the return of Mr. Clarke is undoubtedly more important now than ever, seeing as the gang can utilize his knowledge of science and technology to try and stop the Upside Down’s spread over Hawkins.

We’re still not over the tragic death of Eddie Munson, and, obviously, neither is Eddie’s uncle Wayne. During the fourth season, while the entire town of Hawkins believes that Eddie is a murdering lunatic, Wayne keeps his faith in knowing that Eddie could never do something so sinister. And in the season four finale, Wayne receives the news from Dustin that Eddie is dead. At the same time, Dustin insists that Eddie was a sweet person and a kind friend who sacrificed himself for the town of Hawkins, making Eddie a local hero worthy of remembrance. We can only hope that Mr. Munson returns in the fifth season to help Dustin and friends in stopping Vecna and the other monsters from the Upside Down — who are solely responsible for Eddie’s death.

Dr. Sam Owens was introduced in season two as the successor to Dr. Brenner in the Hawkins Lab. He initially started by assisting Will in weekly sessions, though he soon began to help Eleven in seasons three and four. And while many fans have mixed feelings about Dr. Owens, seeing as he brought Eleven to Dr. Brenner in season four, he undoubtedly had good intentions at heart and wants to help Eleven in any way that he can. As such, when Owens and Brenner’s underground lab is invaded, Owens refuses to tell the military where Eleven is, for fear that they will capture her and kill her. In the end, we never actually see Owens die, meaning that he has a strong chance of returning next season.

Come on, who doesn’t want Robert Englund to return for the fifth and final season of Stranger Things? Englund famously portrayed Freddy Krueger for years — a character in which the Duffer brothers borrowed tons of inspiration from for Vecna. In the fourth season, Victor Creel is introduced as the father of Henry Creel — a troubled boy who was presumably murdered by a supernatural presence in the Creel House, along with his mother and sister. The murder was pinned on Victor and he eventually went to prison, where Nancy and Robin paid him a visit to discuss the occurrences in Creel House. Even though we only see Victor for one second, there’s no doubt that his return in season five would be crucial to Vecna’s story.

Even though Eleven and Kali’s standalone-ish episode in Stranger Things wasn’t the most favored and well-liked, there’s no denying that Kali is essential to the upbringing of Eleven and the exploration of her powers. Kali and Eleven were together in Hawkins Lab, where both were test subjects under Dr. Brenner’s watch. Before the massacre at Hawkins Lab, Kali used her powers to escape, and it wasn’t until season two where the two “sisters” reunited with each other. Despite not seeing Kali in person since season two — when Eleven chose to return to her friends in Hawkins — she would certainly bring an important element when it comes to saving Hawkins from Vecna in season five. The duo would be a serious threat to the powers and monsters of the Upside Down.

While it wouldn’t necessarily be surprising to see Max in Stranger Things 5, it would certainly be surprising to see her have any actual functioning capability. When we last see Max in the finale of the fourth season, she is on life support and fighting for her life after her intense battle with Vecna. The Upside Down villain broke several of her limbs and left her presumably blind in both of her eyes. According to Lucas, Max’s heart actually stopped beating for several minutes before Eleven revived her. When viewers witnessed Max lying in the hospital bed and hooked up to a handful of monitors, a haunting realization dawned on them that even if Max might return, she might never be the same as before. Still, we’re holding out hope that she makes a full recovery and returns with a vengeance in season five.