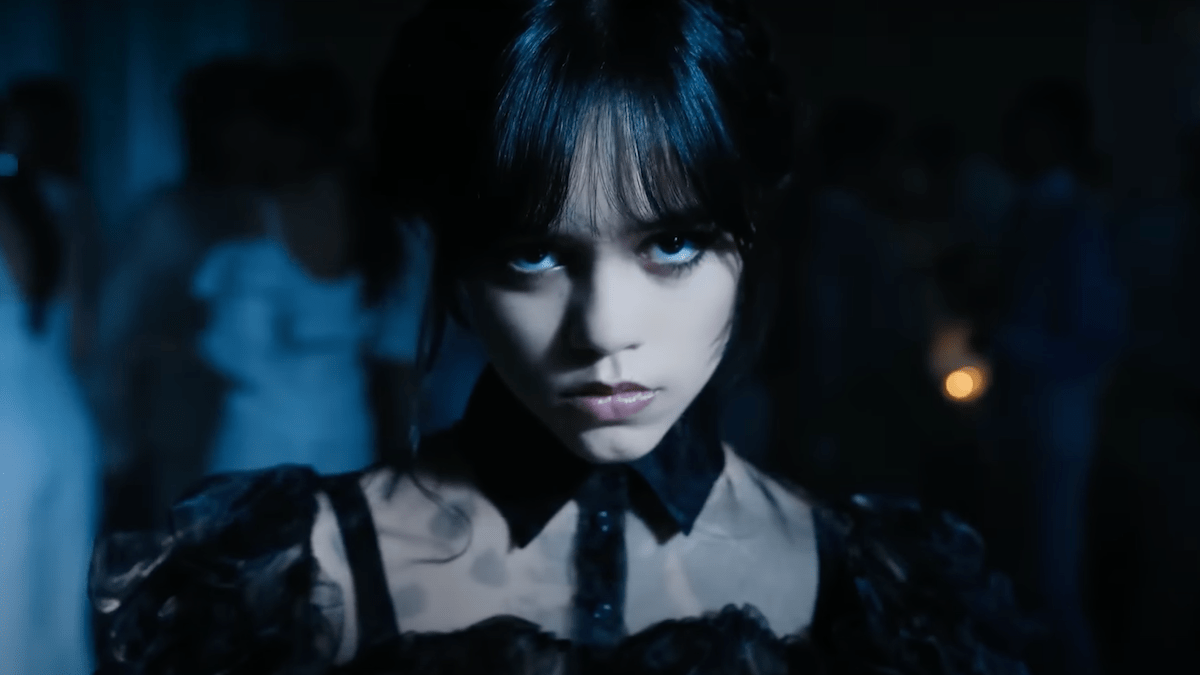 Netflix has confirmed that Wednesday will be getting a season two, and that means there will be more fights and frights ahead. If the series wants to hold onto its high status, it will need to do an even better job than before.

Wednesday has broken Netflix’s record for an English-language TV series for most hours viewed in one week, so its renewal doesn’t come as a big surprise. It became a social media phenomenon with scores of people doing that iconic dance and copying her look and has all but made lead actress Jenna Ortega a household name. The series follows Wednesday as she gets sent to Nevermore Academy near the town of Jericho where a monster has been terrorizing people. It’s up to Wednesday to find out who the monster is and stop an ancient curse that she’s somehow connected to.

Here are the 10 ways Wednesday season two can outdo season one.

Bring in the Addams Family

A common complaint among general audiences who have loved the Addams Family for years is that there wasn’t enough of them in the story. The family is iconic for a reason and their dynamic with each other is like none other (and for good reason). Catherine Zeta-Jones did a particularly stunning job as Morticia with her limited time onscreen, and exploring Wednesday’s relationship with her family members would feed the need fans have of seeing more of this twisted family. Of course, the show is about Wednesday and should center on her, but it couldn’t hurt to incorporate them more.

One of the standout characters in Wednesday is Enid. Her personality is the polar opposite of the titular character. She’s cheery, friendly, and optimistic about almost everything. She stands in contrast to her drearier roommate, but Enid balances her out and gets her more involved in school activities. Enid finally “werewolfs” out at the end of the series and saves Wednesday, earning her respect, and more of her story needs to be developed in season two. Now that she’s coming into her power, it would be nice to see her evolve into a strong character who stands up for herself, while still keeping her perky personality.

Season one was dark and the natural progression of this story would be for it to get darker. The stakes need to be higher for Wednesday in season two and that should be depicted in its next antagonist. The threat that’s chosen should be even scarier than the Hyde monster and maybe even more personal. Consider how terrifying Vecna was in Stranger Things season four because of how he was torturing the people of Hawkins. The threat should feel closer to home (or school) so that there’s even more of an emotional connection to it. That would give the series more of a psychological angle.

One of the best parts of season one were the flashbacks of Nevermore Academy’s secret society, the Nightshade Academy. Wednesday solves the Edgar Allen Poe-themed clues and learns that it’s still operational by the students attending Nevermore today. The Nightshade Academy should be fleshed out even more in season two. With such a long history and with members like Poe, there are certainly more mysteries that need to be known. Wednesday’s father Gomez was accused of murder and the death of the normie led to the Nightshades’ perceived disbanding. Getting to see what really happened with Gomez, Morticia, and the murder of Garret Gates felt epic.

Bianca was the queen bee of Nevermore in season one, but she was more than one-note. She was insecure after her broken relationship and she wanted to stop others from joining her mother’s “church” — called Morning Song — which was more of a cult than a personal development movement. It’s easy to fall back on Bianca being Wednesday’s main nemesis, and it is fun seeing them spar, whether with swords or with words, but it would be nice to see their relationship evolve beyond that. They put their issues aside and came together to protect the school and they’re more alike than they know.

Marilyn Thornhill as the main villain

This is a no-brainer. Young Christina Ricci did such a flawless job as Wednesday in The Addams Family and Addams Family Values that it seemed impossible for anyone to take on the role, that is until Ortega showed what she could do. As Marilyn Thornhill, Ricci plays a supposed normie teacher, but she’s got dark secrets of her own. Her true plot is revealed at the end as she resurrects a zombified Joseph Crackstone, but she gets away which means she could come back. It would be intriguing if Marilyn’s the one with the power that Wednesday has to face off against. Seeing Ricci and Ortega duel it out in a climactic battle would be the perfect way to end season two.

Wednesday raging against the machine

Wednesday is at her best when she’s confronting people and telling them what the real issues are. She stands against the systems of normality and isn’t afraid to speak up when people claim that something is just when it’s actually anything but. Season one explored Wednesday’s connection to her ancestor Goody Addams and how her community was mistreated by the town. This was one of the best aspects of the show and they shouldn’t lose that. Instead, they should lean more into it and allow Wednesday to proudly fight against those who seek to put her in a box.

Lucas Walker was the son of Mayor Walker and he started off as a normie jerk who annoyed Wednesday, but he begins to show that there may be more to him beneath the surface. He takes Enid to the Rave’n dance for the purpose of pulling a prank. To his surprise, he actually connects with her. Unfortunately, by the time he’s willing to stop it, it’s too late and his friends ruin the dance and his chances at winning over Enid. Lucas also loses his father, which gives him another obstacle he has to work through. Lucas isn’t a bad guy and showing him move on from his previous persona to become an ally would be an interesting character arc.

Wednesday flirted dangerously close to the love triangle trope in season one with Xavier and Tyler. Wednesday is a character who breaks social norms and this was an aspect that really didn’t work in a story about her. It didn’t add much to the story, but to Ortega’s credit, she reportedly wasn’t interested in going down this road either. Wednesday is much more than a prize to be won. The show should explore her romantic relationships, but take a more elaborate approach in examining her issues with closeness and affection.

Wednesday led her allies and the Nightshades against Tyler in season one. Although it didn’t exactly work out because they didn’t approve of torturing a guy, getting this glimpse of Wednesday as a leader showed the potential for her to take a more active role. She’s famously known for not wanting to get close to people, but in the end, she had to rely on others to save the school. It wouldn’t be easy for her to transition into this new position, but that’s what would make her interesting. She’d have to work against her nature to do what’s right, because underneath it all, Wednesday does care.