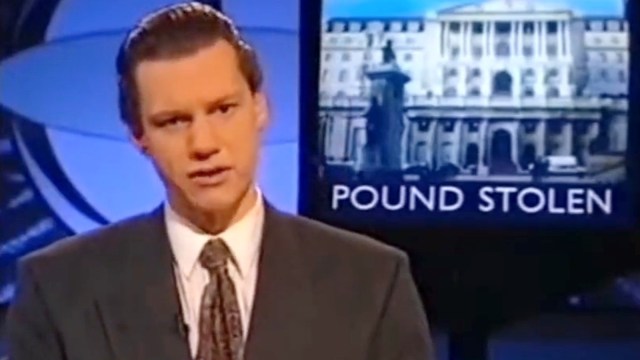 Following some troubling economic news coming out of the U.K., a cult classic sketch comedy show from the 1990s is being reassessed for its predictive power.

Journalist Ben Lucas shared a clip from the sketch comedy show The Day Today, a daily news parody that aired in 1994 on BBC2. The sketch imagines the absurd scenario of the British pound being stolen — as if the ineffable concept could be subjected to a physical heist.

This all follows from the news that broke Monday that the British pound plunged to a new low in value. The “all-time low” of the pound’s value comes after the country’s Treasury chief, Kwasi Kwarteng “pledged a sweeping package of tax cuts,” according to Associated Press. Far from having the effect of bolstering the British economy, the announcement instead fueled “concerns about the government’s economic policy” even as the country “teeters toward recession.”

Though such news is no laughing matter, we can totally see how the feelings conjured up by such a surreal scenario could only be summed up by an equally-strange comedy sketch.

When compared to the U.S. dollar, the pound’s value fell to $1.0373 Monday before bouncing back to $1.06 hours later. That is a low point that the U.K. has not seen since 1971 when the currency was initially decimalized, the AP report said.

Check back with We Got This Covered for more stories about how pop culture and current events intersect.