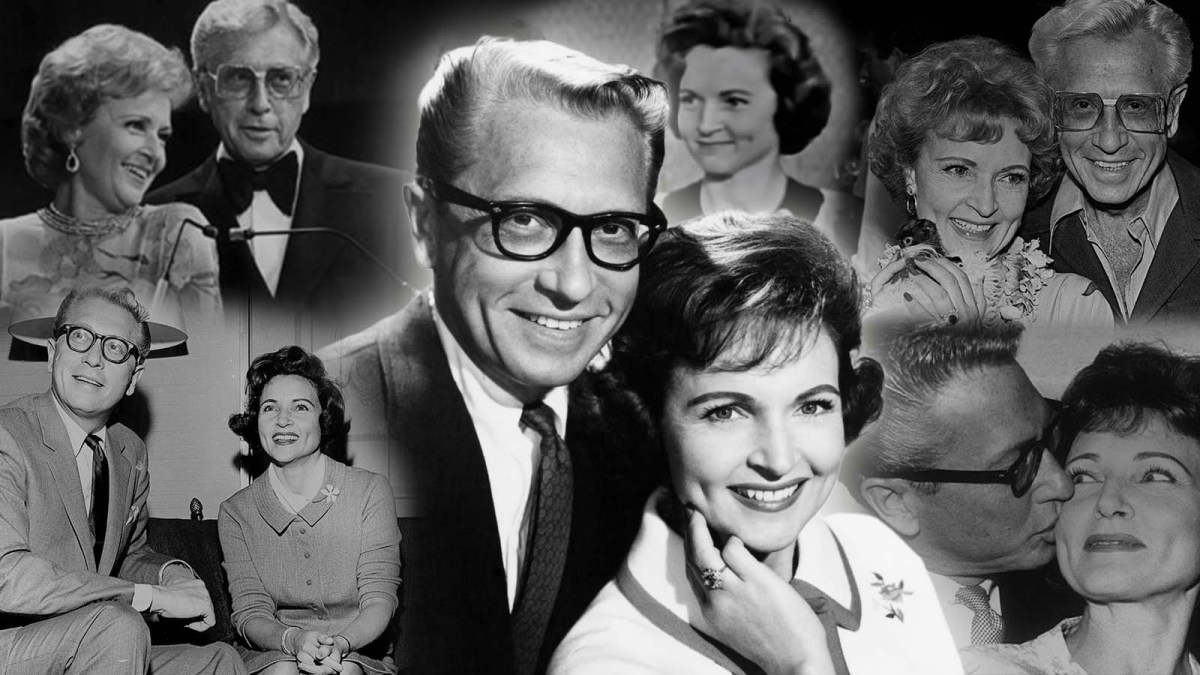 As Betty White‘s birthday quickly approaches while fans and loved ones still grapple with the reality of her passing, a slew of interview clips, tv moments, and hilarious roles of White’s are being shared across social media.

White was most passionate about three significant aspects of her life: her career, animals, and the love of her life, Allen Ludden. White loved to work, and she was devoted to ensuring animals had everything they needed for quality of health and life, and she really loved Mr. Ludden.

White first met Ludden when she appeared as a celebrity guest on the game show he hosted, Password. Ludden’s wife was very sick when White first guest-starred on the show, and then two didn’t meet again until months later when they were brought together for a project; White laughed about it years later.

The following episode of Password was the first one filmed after the two got married, and you can see the joy and the overwhelming Love in White’s eyes as she’s announced as Ludden’s wife. The two share several glances throughout the episode, which will warm your heart.

We’re getting ahead of ourselves; they had to fall in love before they got married — and love was the easy part for this pair.

The Lakewood Theater in Maine was the start of all things love and romance, and it was a little slice of life that was all their own. Their projects, work requirements, and family were all in one place. They didn’t have to travel here or there, spend days apart only to come together for a little while. It was perfect, an excellent way to really get to know one another.

“They came here during summer stock. They stopped in Cape Cod first, and then they came here, and they were really good friends, and then that’s when their romance really started to bud.“

Quinn continued by saying that it was like a resort, and they stayed on the grounds with Ludden’s children and dogs, and everything from there grew into romance.

That budding romance became a love affair, and Ludden was quicker to the idea of marriage than White. He proposed to her several times before she said yes. At first, she said they both laughed off his proposals; sometimes, he’d simply ask her to marry him instead of even greeting her with a hello.

White continued to turn Ludden down, and soon, he proposed with a ring. When she still said no — he didn’t give up.

“You might as well take it because you’re going to put it on one day,” Ludden told White of the ring he proposed with. Ludden wore it as a charm on a necklace when she still wouldn’t take it — a constant and present reminder to White of the question on his heart. After many months of White turning down the proposal, not because of her lack of love for Ludden but because of worry — he stepped up his game and did something special.

“This fluffy little stuffed bunny came along with beautiful little diamond and sapphire earrings on its ears, and so when he called that night I said, ‘Okay, yes’. Afterward, he said I’m the only woman in the world who said yes to marrying him — not for the earrings but for the stuffed bunny, and the only reason I said yes was because he had two poodle puppies.”

White later told Oprah that her only regret was wasting that year saying no to Ludden. The two were married for 17 years and 363 days until Ludden passed away of stomach cancer. She said they almost made it 18 years and that each day with Ludden was a honeymoon.

White never remarried or got serious with anyone after Ludden passed away. She knew she had the best with him and said, “why try (with anyone else)”. That kind of love is the type we all hope to have one day — a love that surpasses time, distance, and even death.

Her executive personal assistant told People that White kept a photo of Ludden at her bedside, and she would blow him kisses in the morning. “She keeps a photo of him on her bedside table and blows him a kiss every morning. At night, when she opens the shutters, she blows a kiss to him up in the sky.“

In a 2011 profile of White’s life, Katie Couric asked White a question regarding a comment she’d read that made her quite sad. “I read something sad — that you miss the human contact of Allen and your marriage and your relationship.”

“You go out with a couple, let’s say, and all of a sudden you’ll see one or the other reach over or you know, something like that (White rubs her own shoulder) and those are the things I miss. It’s just that – that level of personal affection that has nothing to do with sex, I’m talking about just the personal contact, that’s an empty feeling.”

In the same interview, White talked about death and how she couldn’t just sit and share old times with friends as she’d lost so many of them. Couric asked if she was scared of dying, and White responded that she wasn’t at all.

“No, not at all, not at all. My mother had the most wonderful outlook on death she would always say nobody knows — people think they do and you can believe whatever you want to believe happens at that last moment but nobody ever knows until it happens. She said it’s a secret. So all growing up whenever we’d lose somebody, she’d always say ‘Now they know the secret.'”

In statement made after White’s death, Witjas echoed that sentiment and shared that he knew White never feared dying. She always knew she’d reunite with her husband, Ludden, and that thought brought even more comfort to her.

“I don’t think Betty ever feared passing because she always wanted to be with her most beloved husband Allen Ludden. She believed she would be with him again.”

White told Inside the Actors Studio that she hoped to hear six words from God when she got to Heaven.

”Come on in Betty, here’s Allen.” We’re sure she heard just that.