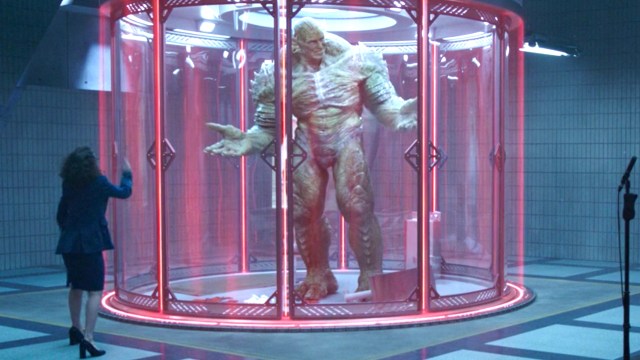 Just in time for “No Nut November,” an awkward She-Hulk detail is turning heads.

The month of November has long been celebrated in a very interesting way by a portion of the population. Starting more than a decade ago, but fully picking up steam around 2017, the strange online trend started out as a joke, but eventually became a genuine movement. “No Nut November” challenges male participants to abstain from both enjoying pornography and masturbation—specifically ejaculation—in pursuit of supposed health benefits. There are, in fact, no health benefits to abstaining from ejaculation for a month, but good luck convincing the internet of that.

With this persisting fall trend at the forefront of their mind, a Reddit user just pointed out a strange detail about She-Hulk‘s Abomination. The hulking green bohemian is impressive in all ways but one, according to a very on-point meme from user jcsibala.

That’s right, Abomination may pack plenty of punch, but that appears to be all he’s packing. As revealed by several on-screen moments, Emil Blonsky’s hulked-out form lacks any visible reproductive organs. This comes as a surprise to viewers, given the fact that Blonsky himself—in his human form, at least—is almost certainly sporting a set of family jewels.

We also have confirmation, thanks to a scene from Thor: Ragnarok, that the Hulk is packing plenty of heat below the belt. This fact, combined with Abomination’s Ken doll treatment, sparked humor in the Marvel Memes subreddit, where jokes about Abomination’s free and clear nether regions quickly took over. Notes that Abomination is “a grower not a show-er” speckled the comment section, where viewers vocally wondered how, if he’s missing his bait and tackle, Abomination manages to use the giant, green boy’s room.

There’s actually a reasonably solid explanation for Abomination’s lack of visible sexual organs. The obvious, and almost certainly accurate, explanation is that this is a Disney show, and giant dangly bits would scar far too many young viewers for life, but there’s another, historical explanation that is far more amusing.

See, way back in the day, men often went into battle unclothed. Given the extremely tender nature of their nether regions, it is a biological defense mechanism for the package to shrink and retract, so as to avoid taking damage. This also happens in the cold—a fact that every straight woman has heard at least a dozen times—and when under immense stress. Blonsky might seem confident, but he’s in the middle of a tense legal procedure in the image shared to Reddit, and also contained within a very chilly-looking cell.

Thus, it’s completely reasonable to think that his bits and pieces are merely smaller than usual. They do exist; they’re just not visible in the scenes in which Abomination’s crotch is in the shot.