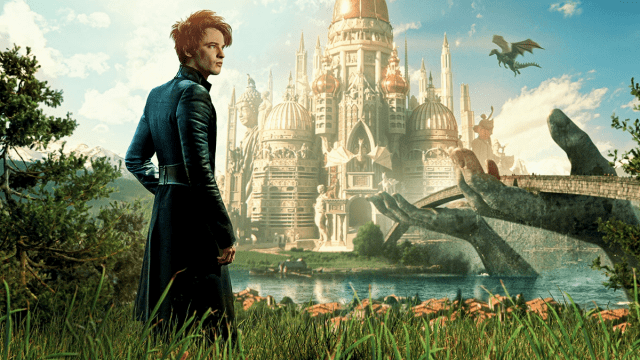 He’s at it again!

A couple of weeks after The Sandman TV series finally premiered on Netflix in August, a bonus episode of season one dropped out of nowhere, delighting denizens of the Dreaming worldwide. Now, Neil Gaiman has pulled the same trick, although it’s no less thrilling the second time around. Even if it doesn’t actually relate to the streaming show but another acclaimed adaptation of the seminal DC/Vertgo comic book.

This Wednesday, the legendary creator announced that the third volume of Audible’s well-received Sandman audio drama series has just released without any warning, hyping up the latest leg of the adaptation with an atmospheric teaser trailer.

The star-studded cast from previous seasons, as led by James McAvoy as Morpheus, is back, along with a few exciting A-list new additions. Supergirl alum David Harewood is joining the Endless family as Destruction, while Star Trek‘s Wil Wheaton plays storytelling traveler Brant Tucker, and Riverdale‘s own Archie Andrews K.J. Apa portrays Prez, the youngest President of the United States.

Obviously, this isn’t the big announcement about the Netflix series’ future that we’re really banking on, but Act III of the Audible drama is the perfect thing to keep us satiated while we wait for Gaiman’s streaming bosses to do the right thing and grant The Sandman a second season. The writer/producer has been admirably open with the fans as Netflix makes up its mind on the blockbuster fantasy’s future. So let’s just hope he can ensure our dreams come true all over again with a season two renewal before too long.

The Sandman‘s 11-episode first season is streamable on Netflix, while all three acts of the audio series can be found on Audible.