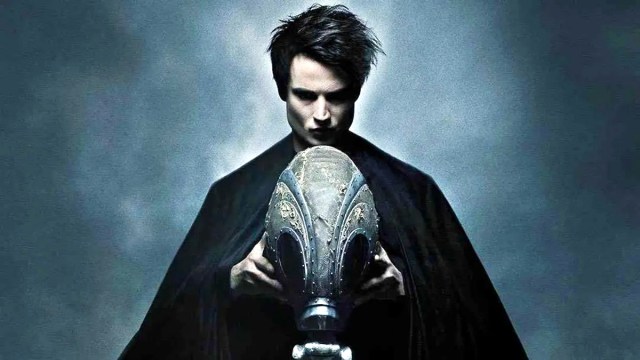 In yet another installment of the most frustrating “will they or won’t they” storylines in Netflix history, Neil Gaiman has told fans that the scripts for The Sandman season two are written and pre-production has begun … only to say that the elusive second season of the hit dark fantasy series still isn’t official. Not until Netflix says those three magic words, “You are greenlit.”

Gaiman recently tweeted a link to a Screen Rant interview with Visual Effects artist Ian Markiewicz captioned “A terrific interview with Ian Markiewicz, about Sandman’s VFX, how Tom Sturridge entered the Dreaming and what the VFX department is planning for Season 2.” Fans champing at the bit for a new season of Gaiman’s beloved graphic novel adaptation quickly stood up and took notice. Viewers anxious to see the further adventures of Morpheus, aka Dream, of the Endless have all but camped out on Netflix’s doorstep demanding a follow-up to the immensely popular first season.

The Boys actor Miles Gaston Villanueva even sent Gaiman a tweet response congratulating him on a new season, only to have Gaiman pour out a healthy glass of cold water on the situation. Answering Villanueva, Gaiman stated categorically that “We don’t have a season 2,” meaning that, even in the wake of its staggering popularity, Netflix is still wary of giving the ultimate thumbs up to the — admittedly expensive-to-produce — comic book series for round two.

Still, the fact that there even are scripts for an upcoming season, much less actually VFX work being produced, seems to at least imply that there’s a “Yet” at the end of Gaiman’s status report.

“I think that, at this point, the show has performed in the way that it has, we feel pretty confident with that, we also understand that there’s a lot of things that go into that decision. We’re trying to be enthusiastic, but respectful, of that process. For us, we want to be in a position to put our best foot forward, so I think we’re looking at it as an investment to say, “We hope that it moves forward, we hope that we’re in a position to get to do this again, and if we are in that position, we want to be in a place where we feel like we use the time available the best that we see fit”.