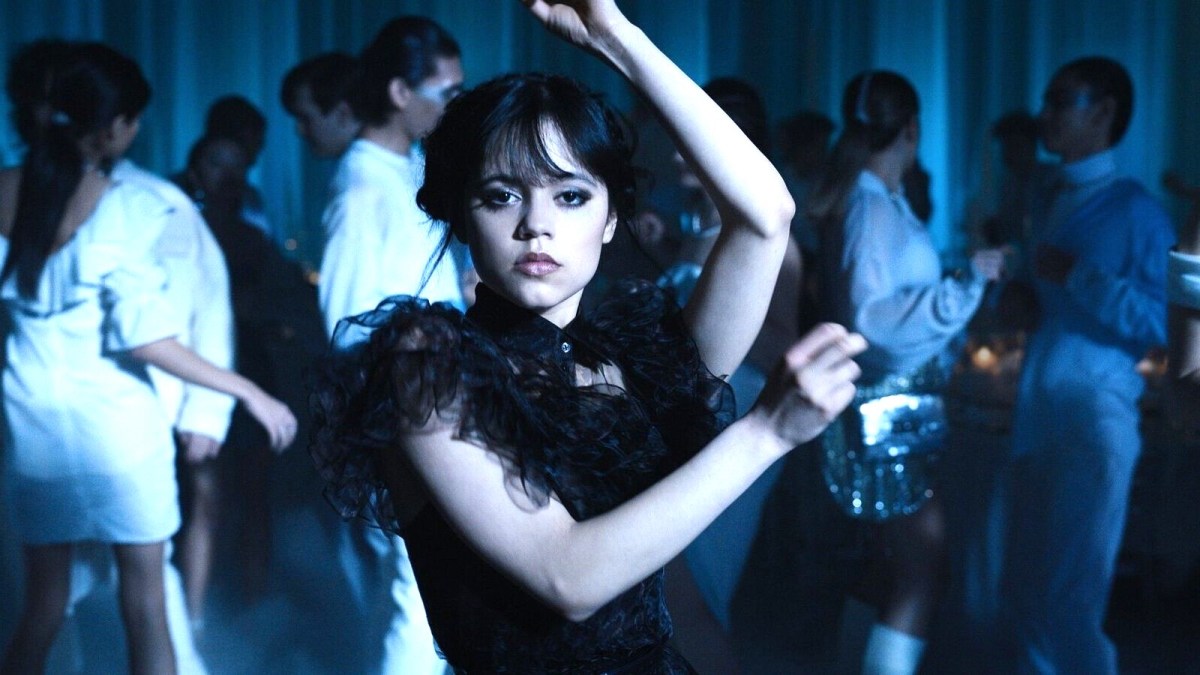 Unsurprisingly for a series that is the latest chapter in a beloved franchise stretching back to the 1960s (or the 1940s, if you include creator Charles Addams’ original New Yorker cartoons), Wednesday is a show that’s as drenched in Easter eggs as its eponymous morbid heroine was drenched in blood during the Rave’N dance in episode four. But, aside from the many callbacks to Addams lore, the latest Netflix smash-hit also slots in a sly nod to the history of its director, Tim Burton. And we guarantee you missed it.

Yes, even hardcore Burton devotees would be hard-pressed to spot this visual reference, despite it harking back to one of the best ever entries in his filmography. Production designer Mark Scruton spoke to Variety to break down the various influences that went into the distinct and eye-popping sets used on the series, particularly at Wednesday’s weird school, Nevermore Academy. In doing so, Scruton opened up about a sneaky reference to 1988’s Beetlejuice.

“In the town [of Jericho], a lot of the shop fronts were stolen right out of the Chas Addams cartoons. There’s a florist’s shop, a cobbler’s shop, a thrift store,” Scruton explained, when talking about the deeper significance of the sets. “In Principal Weems’ office, there’s a little shrunken head referencing Beetlejuice.”

So there you have it. If you revisit the scenes in which Jenna Ortega’s gothic teen meets with Nevermore’s principal, Larissa Weems (as played by The Sandman‘s Gwendoline Christie), pay special attention to the knick-knacks decorating her office and you may just find a familiar shrunken head. This, of course, calls back to the memorable shrunken-headed man who dwells in the bureaucratic offices of the underworld in the aforementioned Michael Keaton movie.

There are other nods to Burton’s greatest hits in the series, including Wednesday’s Black Cat outfit resembling Michelle Pfeiffer’s Catwoman get-up in Batman Returns, but these are a little easier to spot. You’d have to be a detective on Wednesday’s level to notice this Beetlejuice callback on first viewing.