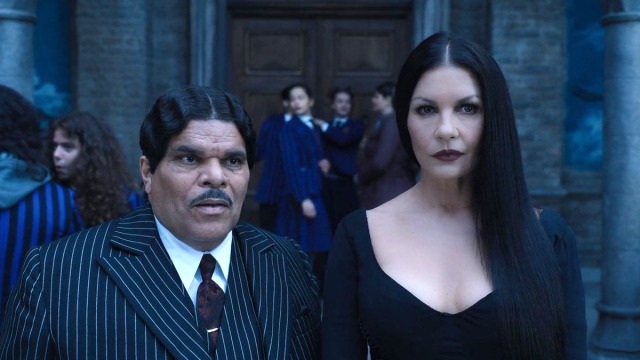 Warning: the following article contains spoilers for the first season of Wednesday.

The Netflix series Wednesday dropped its first season on Nov. 23 and quickly gathered praise among fans of the Addams family.

Starring Jenna Ortega in the titular role of Wednesday Addams, the show brings a murder mystery to life, with a touch of magic. Now enrolled in the Nevermore Academy, Morticia (Catherine Zeta Jones) and Gomez’s (Luis Guzman) eldest daughter starts to uncover well-kept secrets, and her investigations drive her to dig up her parents’ past. In doing so, Wednesday gets her father into hot water, with the memories of what transpired 25 years ago coming back to haunt the family. If you’d like to know more or are in desperate need of an explainer, you’ve come to the right place. Beware, though — spoilers to follow.

When Sheriff Donovan Galpin (Jamie McShane) encounters Wednesday at a coffee shop, he discovers that she is an Addams and the daughter of Gomez. Upon this revelation, the Sheriff affirms that Gomez should be sitting behind bars for murder. This is only the tip of the iceberg that is coming for Wednesday and her parents, though. In episode five, a flashback takes place, showing Garrett Gates’ (Lewis Hayes) body dropping in front of Ms. Weems (Gwendoline Christie), who screams in terror. Looking up, she sees Gomez standing with a sword in hand, and later reports to the police that Gomez and Garrett were fighting over Morticia, and therefore, she is to blame for the death.

Back to the present, Gomez and Morticia are visiting Wednesday at Nevermore during Parents Weekend, when Gomez is arrested for Garrett’s murder.

When Wednesday visits her father in jail, he confesses to the murder of Garrett Gates, and tells her the story of what happened; a version of it, more accurately. Gomez talks about Gates’ teen obsession with Morticia, and how his romantic feelings for her soon led to him becoming a stalker. Despite the numerous complaints to the police regarding Gates’ stalking behavior, because the boy came from a richer and older family, nothing was ever done to keep Morticia safe and the obsession came to an all-time high on the night of the Rave’N dance.

That night on Nevermore, Gomez and Morticia stepped away from the dance for some alone time, when Garrett suddenly appeared. He had broken into the academy and, in a jealous rage, attacked Gomez with what he describes as “murderous intent”. The two began fighting, with Gomez mostly defending himself from Garrett’s furious blows. In a moment of desperation, Gomez claims to have picked up a sword and impaled Gates with it… accidentally. It was at that moment that Garrett’s body fell from the balcony and into Ms. Weems’ sight.

Astute as she is, Wednesday did not buy into her father’s story, considering that despite the amount of sincerity in his words, he was lying about something. It is only later, when Wednesday confronts her mother about the case, that the truth is finally revealed. As it turned out, Gomez’s words were mostly true, but the story’s ending is where it diverges from reality. Morticia admits that it was actually her that killed Garrett, overcome with terror at the way he eyed her during the fight. She described how he was even foaming at the mouth, looking at her as if he were a rabid beast. Only when the body hit the ground below and she heard Ms. Weems scream, did Morticia come back to her senses. In order to protect his beloved, Gomez stood on the balcony for Ms. Weems to see, taking the blame for the crime.

Fortunately, Morticia’s description of Garrett Gates leads Wednesday to speculate that he might’ve been poisoned, since foaming at the mouth, dilated pupils, and mental confusion are all telltale signs. This is confirmed when Wednesday digs up Garrett’s corpse and gets a look at his well-preserved finger, covered in a blue sheen. Touching the finger, Wednesday has a vision about that terrible night, and finally uncovers the whole truth. On the night of the Rave’N dance, Garrett’s father, Ansel Gates, gave his son a vial of nightshade poison, intended for Garrett to spike the punch bowl at the dance, killing all the kids present. During Garrett’s fight with Gomez, however, the vial broke and the poison seeped into his chest. Seemingly, this was enough to poison Garrett, meaning that he was already dying when Morticia stabbed him.

That was a lot of twists and turns for a single episode, but it’s exactly how we like it. At the end of the day, the Addams are absolved of any crime, so everything is well. All episodes of Wednesday’s first season are available for streaming right now on Netflix.