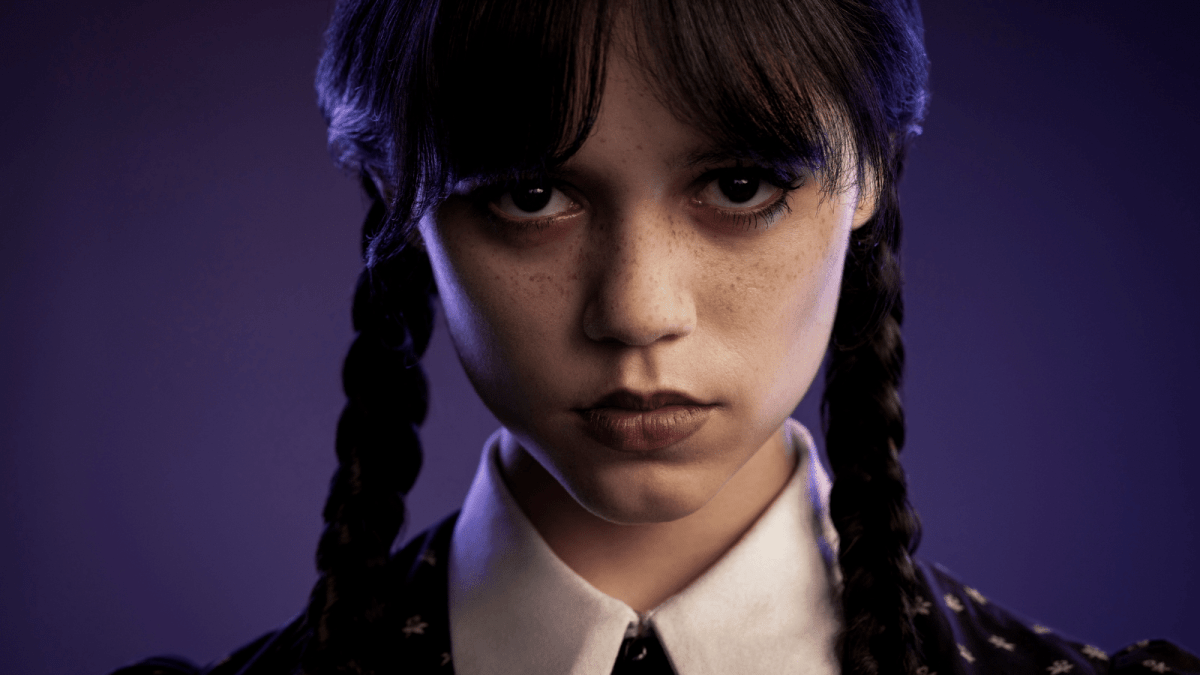 Wednesday has been making waves online, earning masses of praise from both fans and critics thanks to its unique plot and memorable characters. However, it is far from the first adaptation of The Addams Family.

In fact, ever since Charles Addams’ creepy and kooky roster of characters appeared in newspapers in 1938, studios have been keen to bring them and their misadventures to screens. But how does Wednesday stack up against the rest? Here is a ranking of every Addams Family adaptation.

Television history is full of reboots, reimaginings, and recyclings that fail to resonate with viewers, and The New Addams Family is another fantastic example to throw on the pile.

Designed to reboot the original Addams Family TV show from 1964, this series sees a group of mostly unknown actors step into the shoes of the iconic family. While it made the family more macabre than previous iterations, this reboot doesn’t work. The cast lack chemistry, and the whole thing looks ungodly cheap, having that distinctive tacky feel that many low-budget ’90s sitcoms had. Plus, the costumes look like they are from Spirit Halloween, further adding to the show’s strange atmosphere.

It was modestly popular with viewers at the time, but in a world where you can watch the original show whenever you feel like it, this version doesn’t hold up.

The second installment in MGM’s CGI Addams Family reboot franchise, this movie retains the comic-inspired art style and the big-name cast of the previous entry. Alas, it squanders pretty much all of it.

This film relies on one of cinema’s most overused and generic comedy sequel premises, the failed vacation. The Addams clan decides to go on a cross-country road trip after Gomez and Morticia begin to fear that the children, especially Wednesday, are growing distant from them.

While the idea of the family going on a vacation could be funny, it simply falls flat here. Plus, most of the film is focused on a mad scientist villain character. This removes the natural “normal vs. weird” contrast comedy the franchise is based on, making it feel much more generic and by the numbers.

Created by Hanna-Barbera, 1973’s The Addams Family follows the kooky family as they embark on a cross-America road trip in their Creepy Camper, which is basically the classic Addams Family house on wheels. Of course, as they travel, their strange interests and overly trusting personalities frequently get them into trouble.

The show features some returning actors from the original series, with Jackie Coogan voicing Uncle Fester and Ted Cassidy playing Lurch. One of the most fascinating things about this series is that a young Jodie Foster played Pugsley, making this one of her first significant roles.

Alas, Hanna-Barbera had to tone down the show for the Saturday morning market. Thus the whole thing feels pretty toothless, and the family lacks their unique dark edge. Plus, it suffers from the same issues all Hanna-Barbera cartoons from this era have, with the show having lackluster animation and repetitive sequences. Because of this, modern viewers will likely struggle to get through an episode without turning it off.

The story sees a gang of thieves trying to rob the family by using a fake Gomez and Morticia. However, this plan soon leads to chaos and hijinks. While the movie is structurally sound, the plot is pretty weak. The main selling point is seeing the original cast together again for the first time in nearly a decade. However, if you’ve not seen much of the original Addams Family show, this movie won’t do it for you as a stand-alone work due to how weak the story is.

Once again produced by Hanna-Barbera, this animated series is inspired by the aesthetic of the then-new live-action films starring Anjelica Huston and Raul Julia. Unlike the previous Addams Family cartoon, this went back to basics, with the show focusing on the family’s daily adventures. This series also introduced the Normanmeyers, a family of regular people who want the creepy Addams clan to leave town, and they will stop at nothing to make it happen.

While this show is fun and features some solid animation, it gets repetitive quickly. The storylines are really nothing special, with the series frequently resorting to cliché sitcom episode premises with little to no deviation from the norm. Plus, the family’s dark nature is heavily toned down again, meaning that this show won’t offend you, but you’ll end up wishing you were watching the live-action movies that inspired it.

One of the most forgotten Addams Family projects of all time, Addams Family Reunion is a very odd movie. This direct-to-VHS film is both a spiritual sequel to Addams Family Values and an attempt to reboot the franchise. It was also meant to act as the pilot for a new Addams Family TV show made by Saban.

This film is notable for its fantastic all-star cast. Tim Curry steps into the shoes of Gomez, and Daryl Hannah plays Morticia. The movie follows Gomez as he throws a party for his grandparents as they’ve got Waltzheimer’s disease, which slowly turns them normal and boring. However, Gomez hopes a big family bash can turn the tide and cure them of the condition. However, this plan soon goes wrong, pitting the Addams family against the more normal (but still weird) Adams family.

While the film is engaging and fun, its low budget is instantly apparent, leading to the film lacking atmosphere in many scenes. Also, while Curry gives it his all as Gomez, he and Hannah lack the chemistry of Anjelica Huston and Raul Julia. In fact, the film’s main issue is that it is trying far too hard to imitate the previous two films, meaning the talented cast is not given space to bring their own talents to the table, leaving this feeling like a pale imitation of the other films.

MGM’s attempt to revive the dormant franchise took the concept in a new direction. This CGI movie has a unique look inspired by the original newspaper comics. The movie also has an all-star voice cast that features big names like Oscar Isaac, Charlize Theron, Finn Wolfhard, and Snoop Dogg.

The movie sees the Addams family living in isolation after the patriarchs were chased from their old home many years previously. However, when reality TV host Margaux Needler learns about the family and decides she wants them gone, the family must do all they can to protect their way of life.

This reboot is a solid family movie with some pretty nice visuals. However, the main issue is the Addams family lacks the macabre spark that made them so fascinating in previous versions, leading to their gothic trappings feeling very superficial.

Wednesday has been getting rave reviews from fans and critics. This new series follows the teenage Addams daughter as she goes to Nevermore Academy, a school for outcasts. However, strange events start to happen, forcing her to solve a dark and long-running mystery before she becomes entangled in it.

Packed full of mystery, excitement, and memorable characters, it is easy to see why people loved the show. The biggest downside is that it doesn’t feel like an Addams Family installment. Putting Wednesday with a group of outcasts removes many of the franchise’s core jokes and setpieces. Additionally, it feels tonally closer to recent teen dramas like Riverdale than The Addams Family. However, it’s still hard to fault the show just because of how enjoyable it is.

The 1990s was a boom period for fans of The Addams Family. This movie was a reboot of the franchise, and it saw Anjelica Huston and Raul Julia step into the roles of Morticia and Gomez. It also features Christopher Lloyd and a young Christina Ricci in leading roles.

When a loan shark learns that her son looks like Fester Addams, Gomez’s long-lost brother, she hatches a plan to steal the Addams family fortune. However, this is easier said than done, especially as the family is weirder than anyone first presumed. An utterly fun romp, The Addams Family is carried by its cast, with Huston, Julia, and Lloyd beautifully bouncing off one another. However, the plot is often disjointed, and the pacing leaves loads to be desired, especially in the middle act.

Addams Family Values is the sequel to the previously mentioned film, and it is a rare case of a sequel being miles better than its predecessor. Most of the original film’s cast returns, and they’re joined by Carol Kane and Joan Cusack.

Gomez and Morticia opt to hire a nanny for their new son, Pubert. After a quick search, they employ a woman named Debbie Jellinsky, who also happens to be a serial killer. When Debbie pretends to fall in love with Uncle Fester in order to steal the family’s fortune, things take a strange turn, forcing Gomez and Morticia to protect their family’s honor.

Addams Family Values takes the first film and fixes all of its faults. The pacing is improved, and the storyline is tighter. As an added bonus, the movie goes a shade darker and adds a lot more macabre humor, giving the family the dark twist they’re so often missing.

While it might sound like heresy to suggest that the 1990s movies are not the best Addams Family adaptation, it can’t be understated how fantastic the original is.

The show ran for 64 episodes between 1964 and 1966. It stars Carolyn Jones as Morticia, John Astin as Gomez, and Jackie Coogan as Fester. When the show came out, it was trailblazing, as it was one of the first sitcom parodies or subversions to hit screens (even beating out The Munsters by a few days).

Unlike many sitcoms from the 1960s, it still holds up. The writing is tight and sharp, and the characters are utterly loveable and have incredible chemistry. While some of the episodes’ concepts are pretty cliché by today’s standards, The Addams Family pulls them off beautifully and often takes them in directions you won’t see coming, even if you’re a massive sitcom fan.