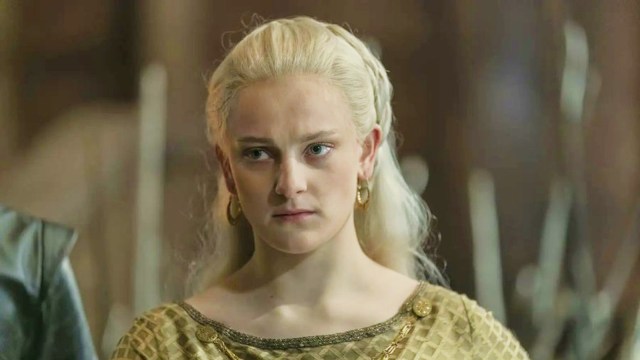 Warning: The following article contains spoilers for House of the Dragon season one.

Aemond and Aegon get a lot of spotlight in House of the Dragon, but that doesn’t mean we should ignore their sister Helaena Targaryen. If anything, she should be given more attention because her words, which might seem like nonsense at first, portend major events in season one, and those yet to come.

Helaena has what’s called dragon dreams, just like many other Targaryen who have had them throughout the ages. King Viserys tells his daughter, Princess Rhaenyra of Aegon, the Conqueror’s prophecy of a terrible winter coming from the north — and we all know how that went down in Game of Thrones. Alicent’s third son, who is yet to be seen in House of the Dragon, will also have dragon dreams. Daenerys Targaryen had them as well when she foresaw the Iron Throne burned with ash falling down in the King’s Landing while visiting the House of the Undying in season two of GoT, she has a vision of the Iron Throne.

The riddles, visions, and premonitions Helaena has had are enigmatic, but analyzing them reveals great truths.

“It has eyes, though I don’t believe it can see”

In House of the Dragon, episode six, “The Princess and the Queen,” Helaena is playing with a centipede. Centipedes actually do have bad eyesight, so they have to use their antennae to detect their surroundings and find prey, but like all great prophecies, there’s a double meaning there. Helaena’s assessment of those being unable to see likely involves multiple people who are solely driven by their aspirations and can’t see what’s really happening. Alicent is at the top of this list. She’s so blinded by her hate for Rhaenyra that she’s consumed by it. She poisons her children into believing that Rhaenyra will come for them without acknowledging that her former friend has tried to repair their old wounds.

“He’ll have to close an eye”

This vision-related prophecy is about her brother Aemond Targaryen. A prank was played on him where he was given a pig as a dragon jokingly named the “pig dragon.” This led to Aemond’s desire to have a real dragon of his own, and in episode six, he sets his sights on Vhagar, the late Laena’s dragon. He rides the winged beast and when he returns to Driftmark Castle, Rhaenyra’s boys and Daemon’s girls beat him down. In the scuffle, Lucerys cuts out his eye. He gains a dragon, but at the cost of his eye.

“The last ring has no legs at all”

This event has yet to happen, so if you don’t want this spoiled, avert your gaze. In Fire & Blood, King Aegon, loses his legs when he leaps from his dragon Sunfyre. He’s there battling Dreamfyre above Dragonstone and suffice it to say things end tragically for him.

In episode seven, “Driftmark,” Helaena makes this foreboding revelation about the Dance of Dragons. The “Hand” in this case refers to Otto Hightower, who will eventually return to the role of Hand after Lord Lyonel Strong leaves Kings Landing for his ill-fated stay at Harrenhal. He’s made long-laid plans with Jason Lannister and members of the Green Council to install Aegon as king, which is the catalyst for this war. The Hightower family are the Greens and Rhaenyra Targaryen’s side is referred to as the Blacks, and both sides will use dragons to win this war.

“It is our fate, I think, to crave what is given to another. If one possesses a thing, the other will take it away”

In episode nine, “The Green Council,” Helaena says this while playing with her children. It’s possible she’s referring to the history between Rhaenyra and Alicent. Rhaenyra has been named heir to the Iron Throne, but Alicent claimed that King Viserys wanted their son Aegon on the throne. With haste, they seated and crowned Aegon as the king and now Rhaenyra has to fight for her crown back.

“There is a beast beneath the boards”

These words by Healaena turned out to be frighteningly true. In “The Green Council,” the Greens have locked Princess Rhaenys in her room to keep her from escaping and alerting Princess Rhaenyra about their rebellion. Thanks to Ser Erryk Cargyll, she’s able to escape and make it to Aegon’s coronation in the Grand Sept that houses her dragon. She slips away and from beneath the feet, a rumble starts, then Rhaenys and her dragon, Meleys, bursts up from the floor. Meleys roars at the Greens assembled on the platform, then flies off to Dragonstone to tell the Blacks.

Helaena will probably spill more prophecies in House of the Dragon season two and when Alicent’s other son Daeron appears, he’ll probably have some gems to drop as well.

All episodes of House of Dragon are streaming on HBO Max.