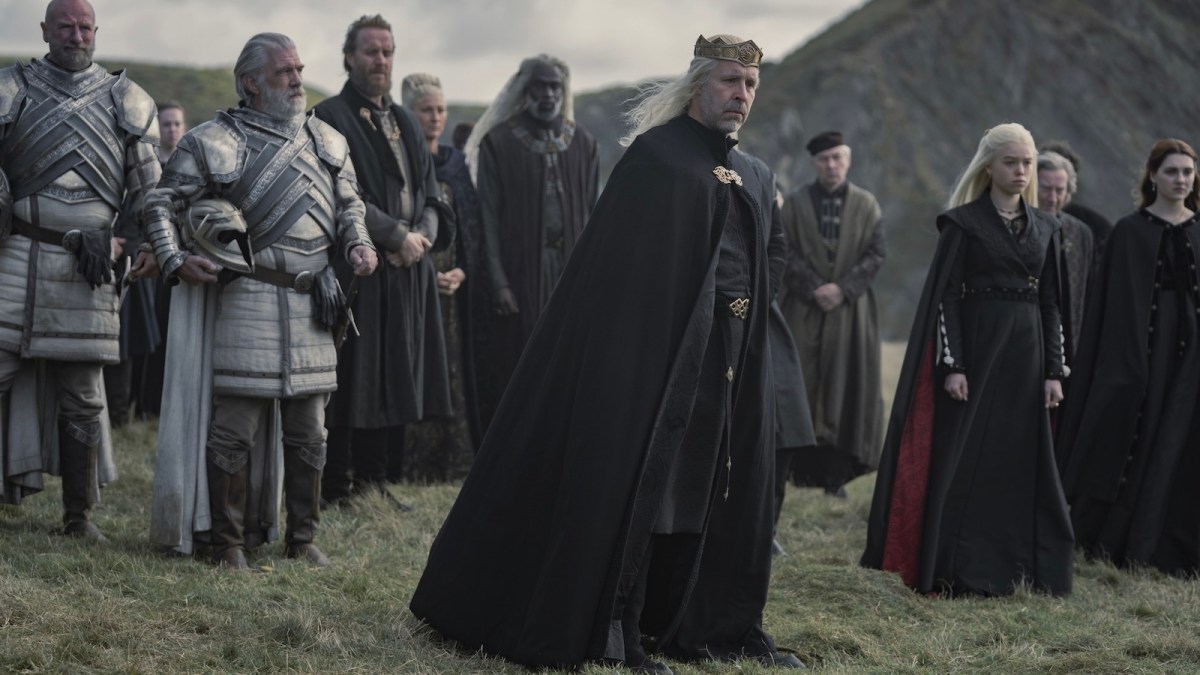 House of the Dragon had some memorable characters in its first season, and season two is shaping up to be just as good.

In season one, King Viserys had the difficult task of deciding who should be heir to the throne. After the death of his wife and baby boy, he decides to name his daughter Rhaenyra as heir. Unfortunately for her, Hand to the King Otto Hightower had other plans and used his daughter, Alicent Hightower, to get in close to the king, marry him, and bear sons so that his family could claim the throne. After the death of Viserys, Otto strikes and places his son on the throne while Rhaenyra is away at Dragonstone. The season one finale ended in the death of Rhaenyra’s son Lucerys and in season two, the Dance of Dragons will officially begin.

So, here are all the confirmed House of the Dragon characters coming in season two.

At the end of season one, Rhaenyra sends her eldest son Jacaerys Velaryon to Winterfell on a mission to meet with the Lord of Winterfell, Cregan Stark, and secure their support for their reign. Fans of Game of Thrones will of course know the names Jon Snow, Arya Stark, and Sansa Stark, and newcomers might be surprised to learn that the Snow/Targaryen connection goes way back.

Before Jace goes, Rhaenyra tells him that Gregan’s closer to his age than to hers, so he will likely be a younger lord when we meet him in the show who hasn’t yet earned the name, “Old Man in the North.” According to George R.R. Martin’s Fire & Blood, Cregan is known as the Wolf of the North and has grey eyes like that of a winter storm. Fitting for Winterfell. He was believed to be a stern and fierce lord who was respected among his people. He was an ally to the Night’s Watch and he was an excellent swordsman, which comes in handy with war brewing.

Cregan’s father Rickon Stark already appeared earlier in the prequel series, and with Cregan being named Lord of Winterfell, it’s likely that his father has died. In the source material, Rickon’s brother Bennard Stark ruled as regent and the transition of power didn’t go smoothly. Bennard wasn’t eager to step down from his position and tensions grew between the two of them. Cregan had to imprison Bennard and his three sons in order to become lord, which sends a message about how determined and effective Cregan can be.

Over on the Green side, Alys Rivers will be coming in season two. Game of Thrones had the Red Priestess Melisandre, and House of the Dragon will have Alys Rivers. Alys’ history is somewhat of a question, which adds to her mystic mystery. She’s claimed to have been a bastard of Lord Lyonel Strong and a woods witch who concocted potions. She could also be an older wet nurse to House Strong who used blood magic to retain her youthfulness. Although these rumors were questioned, Alys was young-looking for her age, and with Melisandre’s ability to remain young, it’s not outside the realm of possibility.

Alys Rivers becomes the bedmate of Aemond Targaryen, Alicent’s second son, and fights for the Greens during the Dance of Dragons. She manages to temper Aemond’s fiery nature and uses her ability to see visions in flames and potion magic to manipulate people to do her bidding. In the show, Aemond’s responsible for losing control of Vhagar, which led to the death of Rhaenyra’s son Lucerys, so it will be interesting to see how Alys Rivers affects Aemond’s trajectory.

It’s believed that only those who have the blood of OldValyria can ride dragons, and a woman named Nettles was capable of doing just that. Nettles was a dragonseed, (a bastard of House Targaryen or House Velaryon), and she fought for the Blacks during the Dance of Dragons. Although her parentage was uncertain, when Jacaerys called the dragonseeds to Dragonstone to see if they could claim a dragon, Nettles tamed the wild dragon Sheepstealer. Smartly, she brought the winged beast dead sheep every morning and wins Sheepstealer over.

In the season one finale, “The Black Queen,” Daemon is hyperfocused on preparing their dragon team for the war against the Greens. He names the dragonriders they have, as well as the untamed dragons there on Dragonstone. Their goal is to overwhelm the Greens with their dragons, so it’s very possible that Nettles will be brought in as one of the potential dragonriders. She becomes very loyal to the Blacks and forms a close bond with Daemon Targaryen who he takes under his wing.

Although we’ve seen Alicent’s children Aegon, Aemond, and Helaena Targaryen in House of the Dragon season one, we haven’t seen all of her children. Alicent has another son named Daeron Targaryen who exists in the show, he just hasn’t been seen yet. With so much ground to cover and all the time jumps, it was decided that it was better to wait until there’s enough time to show his story. House of the Dragon season two will slow things down now that the war has started, and that gives characters like Daeron the chance to be more fleshed out.

Executive producer Ryan Condal confirmed that Daeron does exist, which means we will be seeing him in the future. In an interview on the House of the Dragon podcast, Condal said, “He lives, by the way, I will confirm for all listeners. Daeron lives.” Daeron was sent to Old Town to serve as cupbearer to Alicent’s cousin Lord Ormund Hightower, but his time apart from his family will probably work out better for him once all is said and done.

Daeron was known to be kind, intelligent, and more accommodating than his brothers. While Aegon is named king and Aemond envies the power he holds, Daeron learns to listen and follow orders as a cupbearer. This doesn’t mean that he had any affinity for the Blacks, however, and he develops a rivalry with Jace and Rhaenyra’s other siblings. Daeron’s reputation remained favorable compared to his brothers Aegon and Aemond, though. He was known to be brave and handsome and rode the dragon Tessarion. Daeron fought valiantly in the Battle of the Honeywine, and saved Orumund and his army, earning him the Valyrian sword Vigilance and the name “Daeron the Daring.”