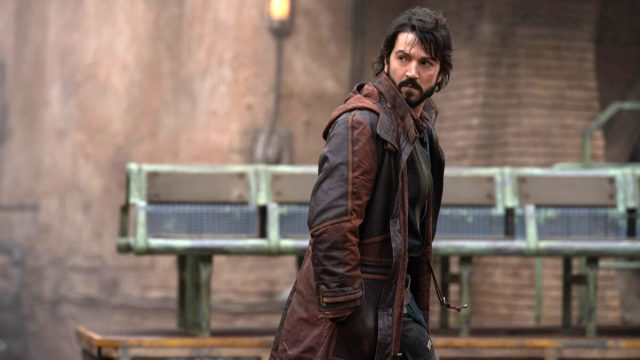 The prequel to a prequel follows the life of Cassian Andor in the years before he joined the events of Rogue One, fleshing out a character that fans came to love in the 2016 crowd-favorite. The story will detail the five-year period before Rogue One takes place, and promises a grittier and more adult approach to Star Wars storytelling. Given the show’s clear connection to Rogue One, it’s bound to share plenty in common with the 2016 film, but it’s also working hard to subvert expectations.

All the connections between Andor and Rogue One

While Andor will inevitably share plenty of real estate with the film that inspired it, fans shouldn’t expect a rehash of Rogue One. Several characters will make a return for the series, including Diego Luna’s Cassian Andor, Genevieve O’Reilly’s Mon Mothma, and Forest Whitaker’s Saw Gerrera, but the majority of the Rogue One cast will be absent. This is largely necessary, as Rogue One details, in part, how the titular crew met, but also allows for plenty of room for Andor to introduce new characters.

The show’s setting and tone both appear to be a major departure from Rogue One—and other Star Wars stories in general. Luna discussed the show’s approach in an interview with THR, noting that “we just want to be risky, we want to bring something new and different into the Star Wars universe.”

The crew behind Andor promises a story that pivots from the typically straightforward, black-and-white nature of most Star Wars stories, and instead exists in the “greyscale” between clear-cut good and bad. Cassian’s character is more complex than many in the franchise, lacking many of the hero traits boasted by the Skywalkers and instead presenting a nuanced and flawed personality.

Andor‘s story aims to shatter the many expectations laid out by fans while still explaining and fleshing out Cassian’s backstory. Minute details about the character — littered throughout dialogue in Rogue One — will see a far more rich explanation over the course of the series, allowing the character to shine in a show described as Star Wars‘ first spy-thriller.

The primary connections between Andor and Rogue One appear to be in the crossover characters. Only three characters from the 2016 film are slated — thus far, at least — to appear in Disney Plus’ latest series, but they’ll serve as a threadbare connection between the two films. Other elements of Rogue One might crop up in the series eventually, but for now there’s too much distance between the creations to find many links between the two.