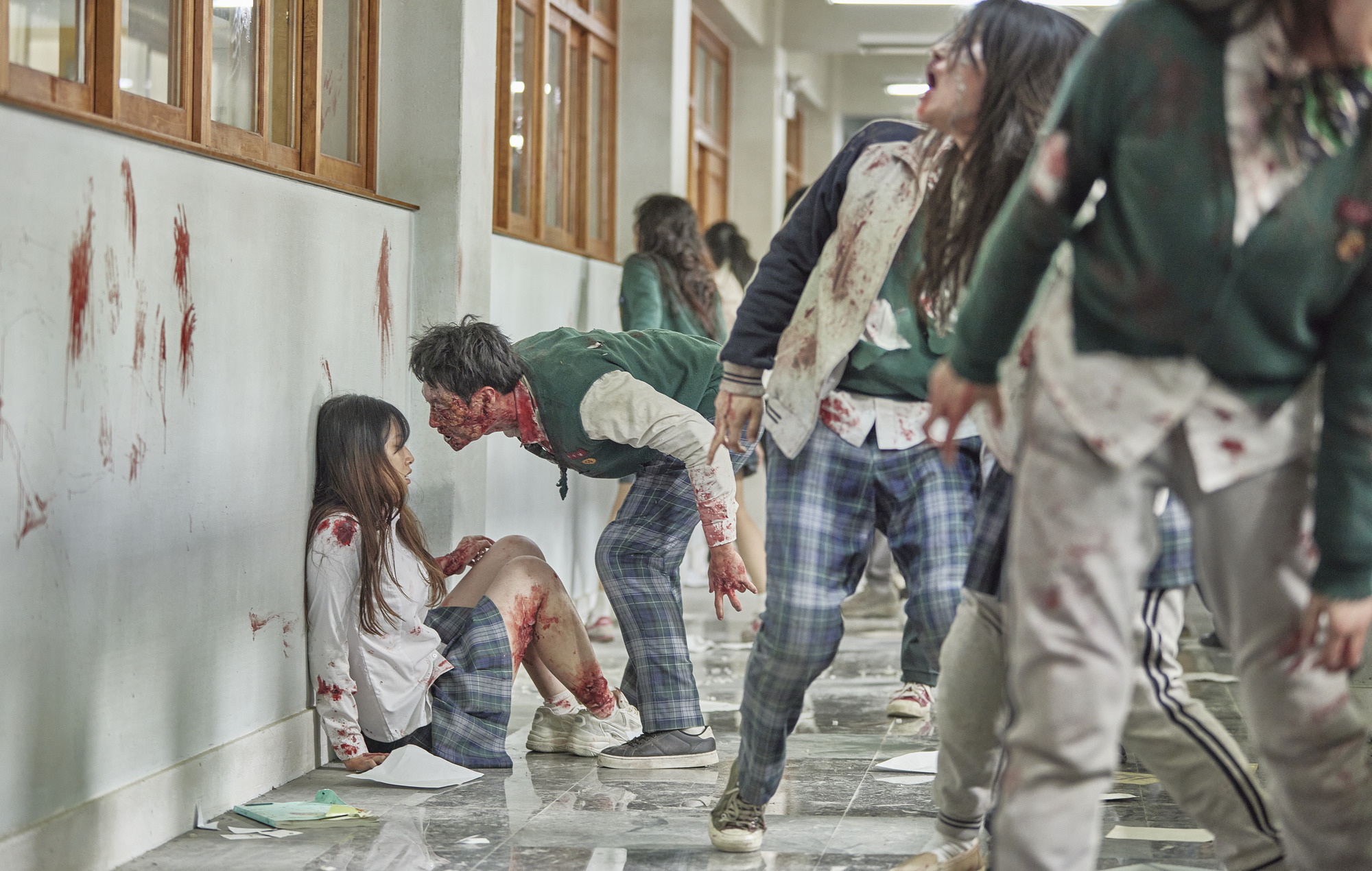 The most terrifying thing anyone expected to witness in the Netflix horror series All of Us Are Dead was its hordes of zombies feasting on their former friends. Upon closer inspection, however, it’s clear that the story hides something far scarier: a long list of plot holes.

In their mission to make the series a spine-chilling experience for viewers (which it definitely is), the writers took ample liberties with the script. There are many instances in which one is supposed to be horrified by what’s happening on screen only to get distracted by a rather obvious inconsistency in the plot.

In case you missed them, here are seven glaring plot holes that even the screeching zombies and super-strong hambies couldn’t hide.

The scientist and the case of the giant black suitcase

In the first episode, we see the bullied teen Lee Jin-su changing into a zombie when his father Byeong-chan visits him in the hospital “empty-handed.” He is genuinely horrified to discover he is not carrying the injections that will slow the spread of the virus and proceeds to kill his son with a heavy book. And somehow, by the end of this ordeal, he manages to stuff his seemingly dead son into a giant black suitcase, which conveniently appears out of nowhere. He wasn’t carrying one when he discreetly entered the hospital, and it seems pretty convenient that one just happens to be lying around in the ward his son is in.

In episode three, Na Yeon stains her handkerchief with zombie blood and deliberately rubs it on Gyeong Su’s scratch, infecting him with the virus. He ends up dying (as the virus stops the heart) and turning into a zombie, but thankfully the survivors manage to evade his attack. Just as Na Yeon is bragging that she was right about Gyeong Su being infected all along, Nam Ra discloses to everyone that she saw her rubbing her handkerchief on the pole used to fight a zombie earlier.

If Nam Ra had seen this beforehand, why didn’t she stop Na Yeon? Not only did the latter always looked down upon Gyeong-su and prioritize herself above everyone else, but also what logical reason would she have for rubbing her handkerchief on zombie blood just before she goes to him? The sensible action would have been to question Na Yeon when she was committing the crime, but the writers omit this in favor of making a sensational revelation later.

Ostracized by her classmates for killing Gyeong Su, Na Yeon leaves the safety of the broadcasting room. While her decision could be chalked up to her guilt and feeling of dejection, what was stopping Ms. Park from just hauling her back in? Na Yeon wasn’t exactly running away and the teacher could have easily caught up with her to bring her back in. But just to introduce a tragic death with a sacrificing hero angle, she wasted time imparting wisdom to the remaining students, allowing Na Yeon to venture even further away, and then went after her.

The not-so-useful powers of Nam-ra

Nam-ra can smell zombies and hambies (part human part zombies like herself) from far away and even distinguish who is who, yet this ability is never completely utilized and the group keeps getting ambushed. In episode nine, Nam-ra should have been able to hear Gwi-nam climbing up to the roof and he shouldn’t have been able to launch a surprise attack. But her super-hearing suddenly kicks back into gear in episode 12 when she senses the zombies coming.

The military’s unnecessary trip to the school

When Byeong-chan reveals to the police that the cure to the virus was on his laptop sitting in the science lab in Hyosan High School, the military enters the zombie-infested school to retrieve it only to discover that the only solution is to burn the infected to a crisp. While Byeong-chan was initially critical of everyone, he did have a change of heart when the zombies infiltrate the police station. He could have just told the officer that there is no cure and only burning the victims can completely erase the virus. But then, of course, how would viewers feel the crushing disappointment at the end after holding out hope for a miracle cure throughout the series?

No one aims for the head

Unlike other zombie films and shows, where characters have no idea about zombies and how to kill them, the characters of All of Us Are Dead make multiple references that establish their knowledge regarding the undead. Both Train to Busan and Zombieland are mentioned in the show and yet the characters never aim for the head when killing the zombies. Even when they see that Jung Ha-ri is killing them by hitting them on the neck with her arrows, post which the zombies instantly drop, they still don’t grasp the fact. In fact, the character Park Mi-jin starts off her zombie kill list by stabbing one in the head and witnesses how Ha-ri kills them up close, but resorts to mindlessly warding off the zombies by attacking anywhere but the neck.

In episode 12, instead of diving between the zombie about to attack his sister Ha-ri, the easy and sensible action for Wu-jin would have been to just grab him from behind and throw him away, exactly like everyone else was saving each other. But again, the writers had to play the sacrificing hero card one last time, even if it was at the price of introducing yet another plot hole.

Apart from these rather less obvious plot holes, there is the fact that these characters have not had food and water for over four to five days and despite underlining the limitations of a human body in such conditions, the lead characters are able to run, jump, and even fight without dropping to the ground in exhaustion. Also, despite witnessing a trillion zombie transformations, the characters just don’t ditch their annoying ritual of waiting for someone bitten to fully transform and attack them before their flight or fight response kicks in.

But despite the script-related shortcomings, there is no denying that All of Us Are Dead is one thrilling, scary watch. Some plot threads are deliberately left hanging, like the obviously hambie Byeong-chan who is not seen again after transforming. Here’s hoping that if the second season of the drama does get the green light, its writers will be able to compensate for season one’s plot holes, neatly tie up all the loose ends, and somehow bring Cheong-san back because we are so not over his death.