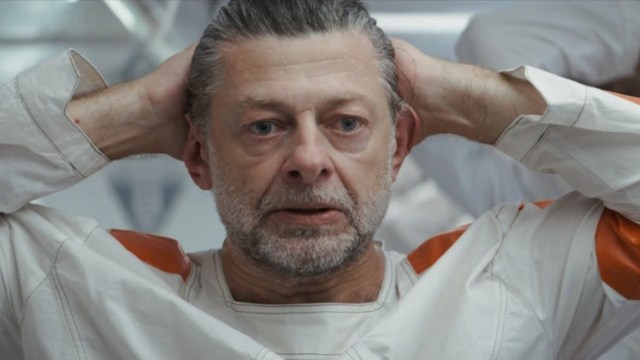 Andor was already easily the best Star Wars show on Disney Plus, but in episode eight, Andy Serkis showed up and took things into the stratosphere. The Lord of the Rings and The Batman star plays prison work foreman Kino Loy, caught between his desire to quietly serve out his sentence and gain his freedom and the growing realization that all is not what it seems inside Narkina 5.

This all culminated in episode 10 where he’s instrumental in leading a prison revolt. He takes to the comms system to give a rousing speech about how there’s only “one way out!” and urges the inmates to look after one another as they escape. But then, when Kino reaches the very brink of freedom, as other prisoners throw themselves into the sea to swim for freedom, he drops a bombshell: he can’t swim.

This recontextualizes Kino Loy’s struggle, as he’ll have known all along he was fighting for a future he would never see (the core theme of both Andor and Rogue One). Anyhow, as we don’t actually see Kino die, fans have been wondering what happened to him.

The Hollywood Reporter pressed Gilroy for answers and it seems that Kino Loy might yet make a comeback:

We like the ambiguity of not knowing what happened to him, so we don’t really want the character to become some secret lynchpin of the Rebel Alliance. However, we’re also not about to deny we don’t want to see Andy Serkis back in action in Star Wars.

They say things come in threes, so maybe Serkis can add a third entirely separate Star Wars character to his resume after Supreme Leader Snoke and Kino Loy. Either way, let’s hope that the Emmys listen to the fan demands for Serkis to get awards season recognition.