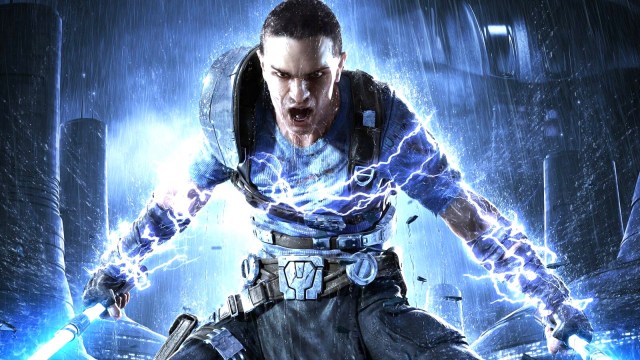 The cast and crew of Andor have been consistently hyping the latest Lucasfilm Disney Plus series as a very standalone entry in the franchise, and while that’s mostly true, this is Star Wars we’re talking about, so it was always going to have nods and connections to the wider universe. In fact, episode four just went above and beyond by featuring a sneaky Easter egg that goes ahead and brings a fan-favorite video game character back into continuity.

Episode 4, “Aldhani,” reveals that Luthen Rael (Stellan Skarsgard) runs an antique dealership on Coruscant. During one scene, when his store is visited by Mon Mothma (Genevieve O’Reilly), a suit of armor that includes an extremely familiar-looking helmet can be glimpsed at around the 29:45 timestamp. Unless we’re very much mistaken, it’s the mask of none other than Starkiller from the Force Unleashed games. And, as you expect, the fandom is going nuts over its canon-changing inclusion.

You’re not just hallucinating, we all saw it.

Galen Marek is back in canon, baby!

They thought we wouldn’t notice, but we did.

No easter eggs in Andor? Pfft!

Starkiller, now is your time to shine.

Are you listening, Lucasfilm?

Galen Marek — as voiced in the games by Sam Witwer, otherwise most known as the voice of Darth Maul — is one of the most popular characters from Legends continuity and is possibly at the top of the list of those who folks wish would be returned to canon. That said, it’s worth pointing out that Starkiller would’ve been operating as Darth Vader’s apprentice and assassin at around about this time, so we’re not sure how his helmet came to be in Rael’s possession.

Andor continues Wednesdays on Disney Plus.