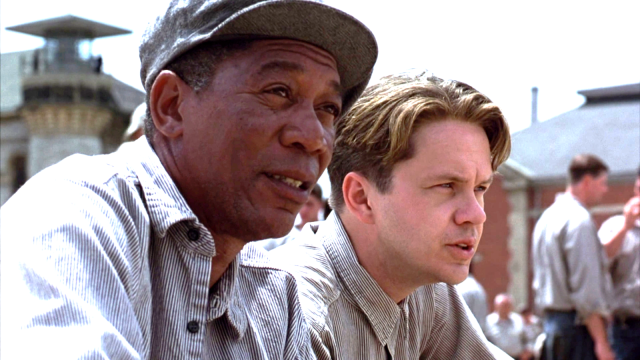 Andor‘s eighth episode is yet another fun deep dive into the nuts and bolts of how the Rebel Alliance came together. Forest Whitaker’s return as Saw Gerrera has made Star Wars fans very happy, but there’s one other guest star few saw coming this week. The Lord of the Rings star Andy Serkis appeared as prison work foreman Kino Loy, his second role in a galaxy far, far away after providing the voice and mo-cap performance as Snoke in the sequel trilogy.

Soon after the episode dropped Vanity Fair released an in-depth interview with Serkis about his return to the franchise, comparing Andor‘s disturbing sterile Imperial prison to the iconic 1994 movie The Shawshank Redemption:

“Shawshank almost feels luxurious because you can get to listen to opera! We did talk about those films. But this was a sterile environment, where you’re not able to have any personal effects. It’s not like someone’s coming around with some library books for you to read or you can go work in the kitchens for a bit or whatever. Even the showering system: a door shuts, we all stand there in line. This vapor comes, you don’t even get to wash. You stand there, and you get vaped. And then you walk out and you put on your work clothes, which are the same as your evening clothes.”

The facility on Narkina 5 is one of the most sadistic we’ve seen in this franchise, and seems to be based on treating its prisoners as manufacturing equipment rather than human beings. Inmates are fed, clothed, and kept clean, but a life spent doing forced manual labor for the Empire is so soul-crushing that someone choosing death instead obviously isn’t an uncommon occurrence.

A prison break is almost certainly right around the corner, with Cassian likely teaming up with his future Rogue One buddy Ruescott Melshi in an attempt to bust out. Elsewhere in the interview, Serkis says he sees his character as a natural leader simply trying to serve out his sentence and return to his family. That’s going to put him on a collision course with our hero, as we imagine the guards won’t look kindly on prisoners under his watch attempting an escape.

We’ll know soon whether he’ll side with his fellow inmates or snitch on them, so expect fireworks from Kino Loy in the next few episodes. But if Star Wars was looking for an actor who can play a morally torn character put in an impossible situation Andy Serkis is a great pick and The Shawshank Redemption is the perfect prison movie inspiration.