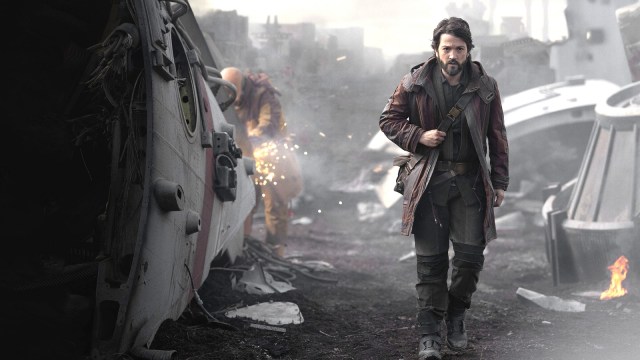 Andor has more than lived up to the hype. The first three episodes have delivered exactly what was promised: an emotionally and physically grounded tale with a focus on characters over epic galactic storytelling. Today we’ve gotten a glimpse into Cassian Andor’s tragic childhood, seen the misery of life under Imperial rule, and the beginnings of a journey that’ll end with tragic sacrifice on Scarif in Rogue One.

There’s a lot to praise about these three episodes, but fans on social media have been singling out the show’s heavy use of practical sets over the Volume. The Volume made its Star Wars debut in The Mandalorian and allows for the use of real-time CGI sets and scenery. It’s a hugely useful tool with many advantages, though by the time of Obi-Wan Kenobi earlier this year viewers had gotten wise to its limitations and many felt that the show relied on it too heavily.

Andor has done things the hard way, building a huge village set in a quarry near Pinewood Studios and using abandoned industrial buildings in England for location shoots. Fans are over the moon:

For some this underlines why ‘proper sets’ are so crucial:

Is this doing things the Volume could never achieve:

We’re as bowled away as everyone else:

This is the ‘lived-in’ Star Wars we were craving:

And can you really say it better than this:

These first three episodes comprise the first quarter of Andor‘s 12-episode first season, so fingers crossed the remaining nine continue this hot streak. If we’re in for three months of jaw-dropping scenery like this a lot of people are going to be very happy indeed.

The first three episodes of Andor are now available on Disney Plus.