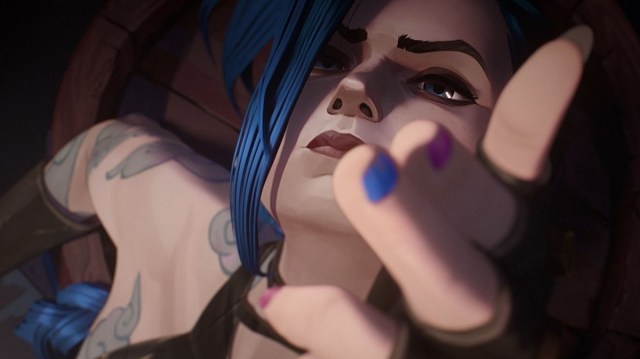 There’s practically no video game adaptation in history that has managed to work up such acclaim as Netflix’s Arcane has over the past year. Based on Riot’s popular MOBA game, League of Legends, the animated series that immediately became a pop-culture sensation has now bagged an Emmy win for the streaming juggernaut during last night’s Primetime Creative Arts Emmy Awards.

Arcane went up against several powerful contenders in the form of Rick and Morty, Bob’s Burgers, The Simpsons, and even Marvel’s What if…?, but the nominated episode in question, “When These Walls Come Tumbling Down,” managed to beat all of them and come out on top. This is the fourth Emmy win for the animated adaptation, coming on the heels of three other victories in the Outstanding Individual Achievement in Animation category.

Per Deadline, the show’s co-creator, Christian Linke, took the stage to accept the award, thanking in short Netflix and the video game industry for making this a possibility.

“Thank you for this. It’s a big deal for us as we come from video games,” he said. “It’s been amazing to see the world embrace our characters and our stories so thanks to Netflix who believed in us from the beginning, thanks to Riot Games, who worked on the whole IP… and to all the people that have been with our game and League of Legends for the last 12 years or so who helped make it as big as it is now.”

Riot Games is currently busy developing the second season of Arcane. For the sake of the huge and watchful fanbase the series has managed to bring together, let’s hope they make more haste this time around, lest this upcoming run takes another six years to produce.