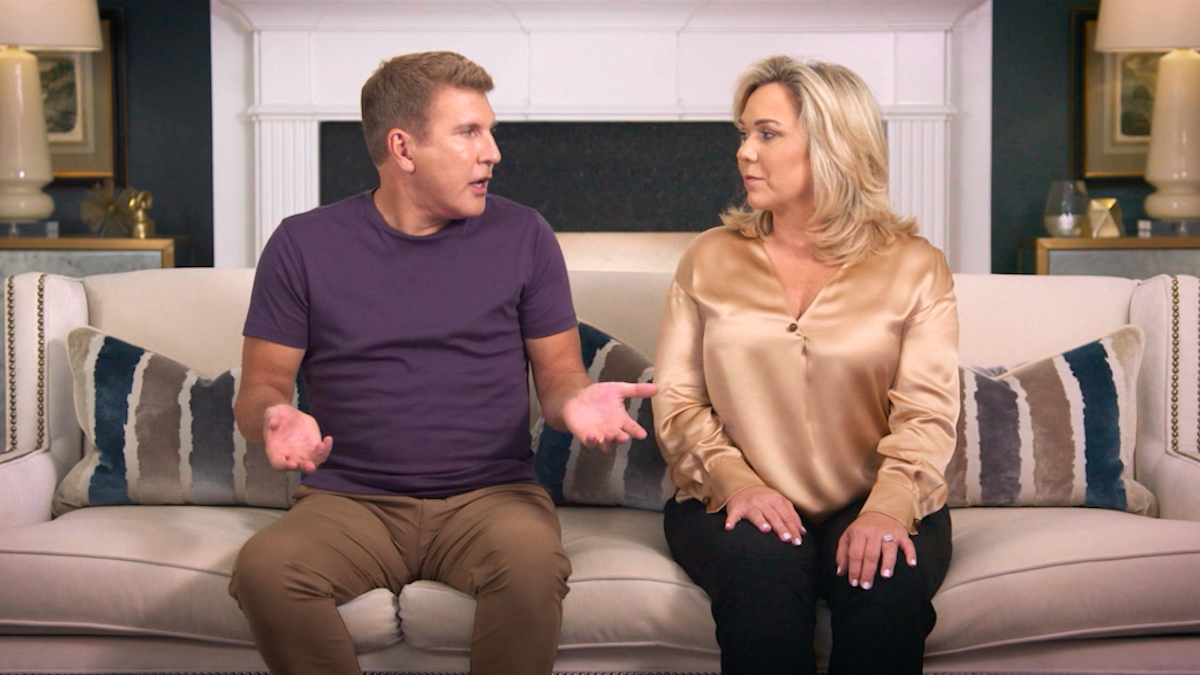 Now that Todd and Julie Chrisley have been sentenced to a collective 19 years in prison for multiple charges of wire fraud, tax evasion, and conspiracy, the fate of their reality TV empire has become a giant question mark.

Made up of Todd, his wife Julie, and their five children – Lindsie, Kyle, Chase, Savannah, and Grayson – the Chrisley family has been a powerful force in reality TV since their breakout family show Chrisley Knows Best aired on the USA Network in 2014. Bringing audiences into their lavish living rooms, Chrisley Knows Best detailed the affluent, picture-perfect lifestyle of a family that has it all.

Its spin-off series, Growing Up Chrisley, premiered on E! in 2019 and followed the lives of Todd and Julie’s two children Chase and Savannah as they traveled cross-country to prove they are capable of standing on their own two feet, independent of their parents.

In 2022, E! announced a third spin-off series Limo Love, which would be hosted and executive produced by Todd Chrisley and follow a series of romantic singles looking to find love with Todd as the patron saint helping guide them through a series of speed dates.

With their entire empire resting on the shoulders of purported self-made wealth, the criminal charges against Todd and Julie Chrisley throw into question the validity of TV shows that, at their core, celebrate their prosperity. So, where does their fate lie?

Have Chrisley Knows Best, Growing Up Chrisley, and Limo Love all been canceled, or will there be more seasons?

On Nov. 21, 2022, all three reality TV shows – Chrisley Knows Best, Growing Up Chrisley, and Limo Love – were canceled after Todd and Julie received their prison sentence of 12 years and seven years, respectively, for conspiracy to commit bank fraud, bank fraud, conspiracy to defraud the United States, and tax fraud, according to Deadline.

Growing Up Chrisley officially ended with its fourth season in Oct. 2022, and Limo Love never saw the light of day. As for the family’s flagship show, Growing Up Chrisley – the USA Network confirmed a tenth season prior to Todd and Julie’s official sentencing, however, only a handful of episodes would be aired. That said, the USA Network has completely shied away from promoting the new season and at this point, it’s unclear whether or not it will, indeed, follow through with the tenth season since no official release date for season 10 has been announced.

Todd and Julie denied any and all allegations of their criminal activity dating all the way back to 2019 when a federal grand jury first charged them with 12 counts of tax evasion, bank, and wire fraud. The couple maintained that any and all criminal activity was the result of a disgruntled employee hellbent on revenge.

On Tuesday, Jan. 17, Todd and Julie surrendered to their sentencing, according to the Los Angeles Times. However, Julie parted ways with her husband, serving not in a Florida prison as was assumed, but instead being transferred to a federal medical center in Kentucky.