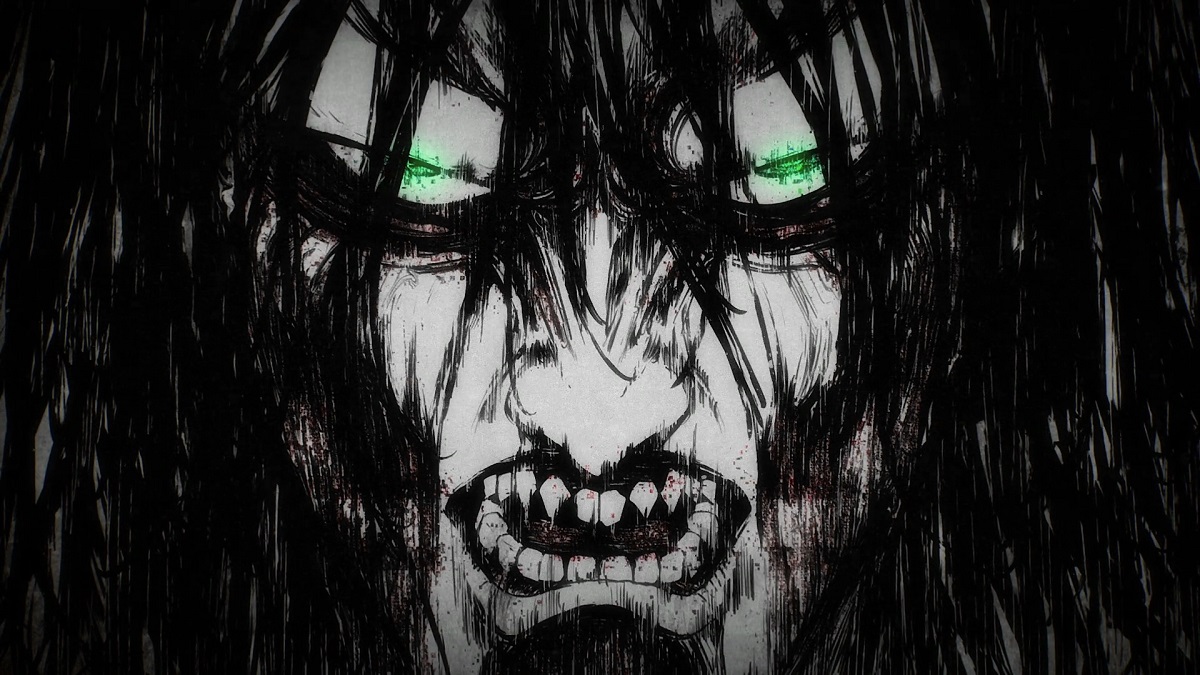 Last night’s episode of Attack on Titan left fans reeling over several shocking plot developments, so here’s a breakdown of everything that went down in “From You, 2000 Years Ago.”

After last week’s mind-bending twist that it was Eren who compelled his father to kill the royal family and inherit the Founding Titan, this week’s episode started with the protagonist running towards Ymir the Founder to stop her from euthanizing the Eldians per Zeke’s orders.

The episode then cuts to 2000 years ago, showing Ymir’s childhood in a village that gets beset upon by an invading tribe of Eldians. The leader, called Fritz, makes slaves of the villagers and cuts out their tongues, dooming the little girl to a life of slavery. One day, Ymir frees a pig from its sty, enraging the leader. He frees Ymir but sends his soldiers after her, who chase her down through a forest and shoot her with arrows.

The girl finds a very tall and strange tree and enters it. It is here that a strange parasitical being attaches itself to a dying Ymir, whereupon she turns into the first Titan. Ymir returns to the Eldians and helps them prosper with her newfound powers. In time, Fritz becomes a powerful king and crushes his enemies with Ymir’s titan powers.

As a reward, Ymir becomes the king’s concubine and gives him three children. The story also hints that Ymir grows to really love Fritz, sacrificing her life to save him from an assassination attempt. Fritz makes his children cannibalize their mother, and the power of the Titans passes on through generations.

As for Ymir herself, she has spent the last 2000 years abiding by the will of her descendants in the Paths, creating Titans and carrying out their will. But the episode’s biggest twist, which Eren exploits to his advantage, is the fact that Ymir actually has a will of her own, and she’s been waiting all this time for someone like Eren to give her a choice.

That’s precisely what the protagonist does, finally granting him the powers of the Founding Titan. Eren then initiates the Rumbling and announces his true goal to the Eldians, claiming that he intends to destroy not just Marley, but the entire world.