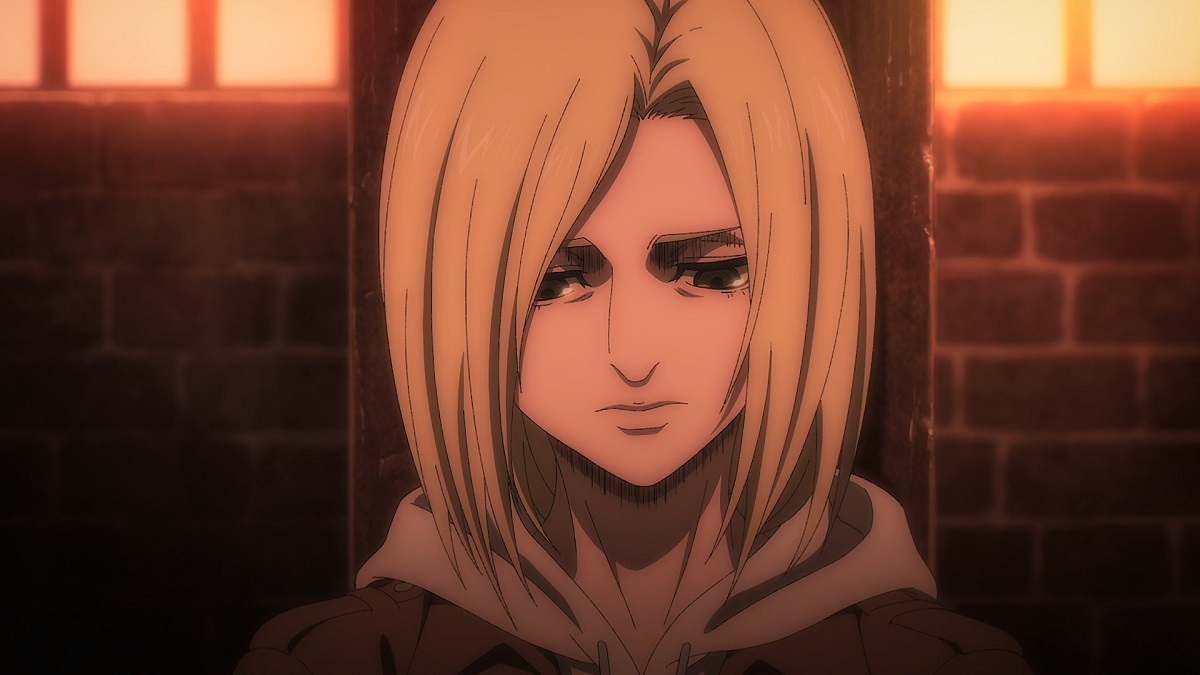 Image via MAPPA / Attack on Titan: The Final Season

Last night’s Attack on Titan episode ended on yet another cliffhanger by teasing an alliance between the Eldia and the remaining Marleyan military. Now, the preview clip for next week’s outing seems to hint at the fact that a team-up might be all but inevitable at this point.

Every Sunday brings us closer to the definitive ending to Hajime Isayama’s ambitious manga narrative. With only five episodes to go, the odds of a feature-length finale increase by the minute, though MAPPA has yet to confirm or deny this suspicion.

As for the story itself, Eren seems hell-bent on flattening the world with his army of Colossal Titans, so it might be up to the remaining ensemble of heroes and characters to stop his madness before it’s too late. Even with their combined strength, they will still be hard-pressed to stop the “suicidal maniac” from seeing his vision through, though the opposition has received a powerful ally in the form of Annie Leonhart.

Now, the promo clip for next week’s episode, titled “Pride,” reveals that the Eldians and the Marleyans might stand together against their common enemy after all.

Reiner’s Armored Titan is currently missing in action, while Connie takes the Jaw to free his mother from Pure Titan form. Armin and Gabi are riding hard to catch up with the two, but whether they succeed at securing the Nine Titans is up for speculation.

Disregarding the traitorous and irritating Floch, Commander Hange Zoë is the highest-ranking military officer in Paradis, and she’s currently meeting with General Magath to potentially secure a temporary seize fire.

The question is: Would Marleyans and Eldians actually forsake their ancient enmities to stand together against this existential threat?