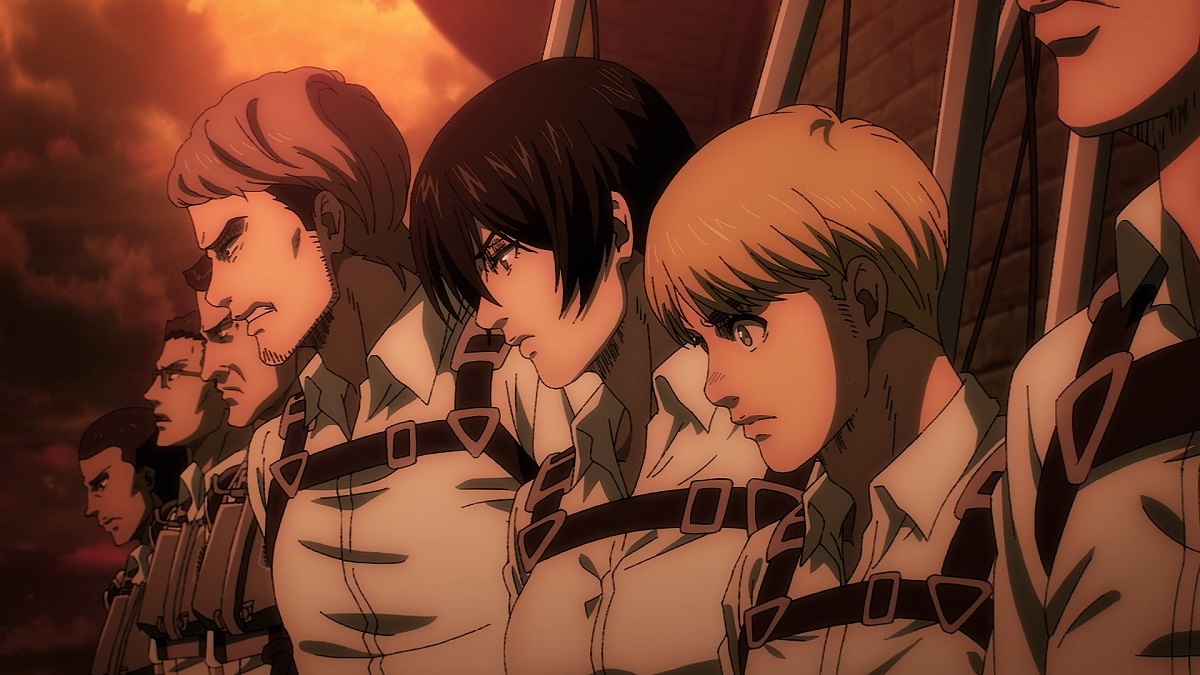 Image via MAPPA / Attack on Titan: The Final Season

Last night’s episode of Attack on Titan was a classic outing by all accounts, though the story still had managed to incorporate a surprise appearance at the very end.

With Eren marching off towards the rest of the world, accompanied by his army of Colossal Titans, the 104 Cadets and the rest of the Eldians found themselves in a city filled with Pure Titans. The gang quickly gets to work, though, and slays the remaining Titans with the ease and delicacy that comes with almost ten years of experience.

The entire sequence, and the episode as a whole, is a nod to Attack on Titan‘s simpler past, where the humans trapped inside the Walls had to engage the Titans on a regular basis. The show had, after all, deviated from its action-packed tone in favor of a political theme ever since the people of Paradis learned about their dark history back in season three.

“Thaw” amends this to a great extent, but the episode’s twist ending also brings back a character who has been missing in action since the finale of season one. That’s right, folks. Thanks to Eren undoing the Titan hardening throughout the land, Annie Leonhart has been freed from her icy prison, returning for the final story arc of the last season.

It seems that a lot of fans didn’t see this coming, and they’ve been sharing some of their reactions on Twitter, which you can see below.

With only six episodes remaining in the final season of Attack on Titan, the narrative will no doubt pick up speed to gear towards its conclusive ending, and it seems that Annie is going to play a significant role in that ending.