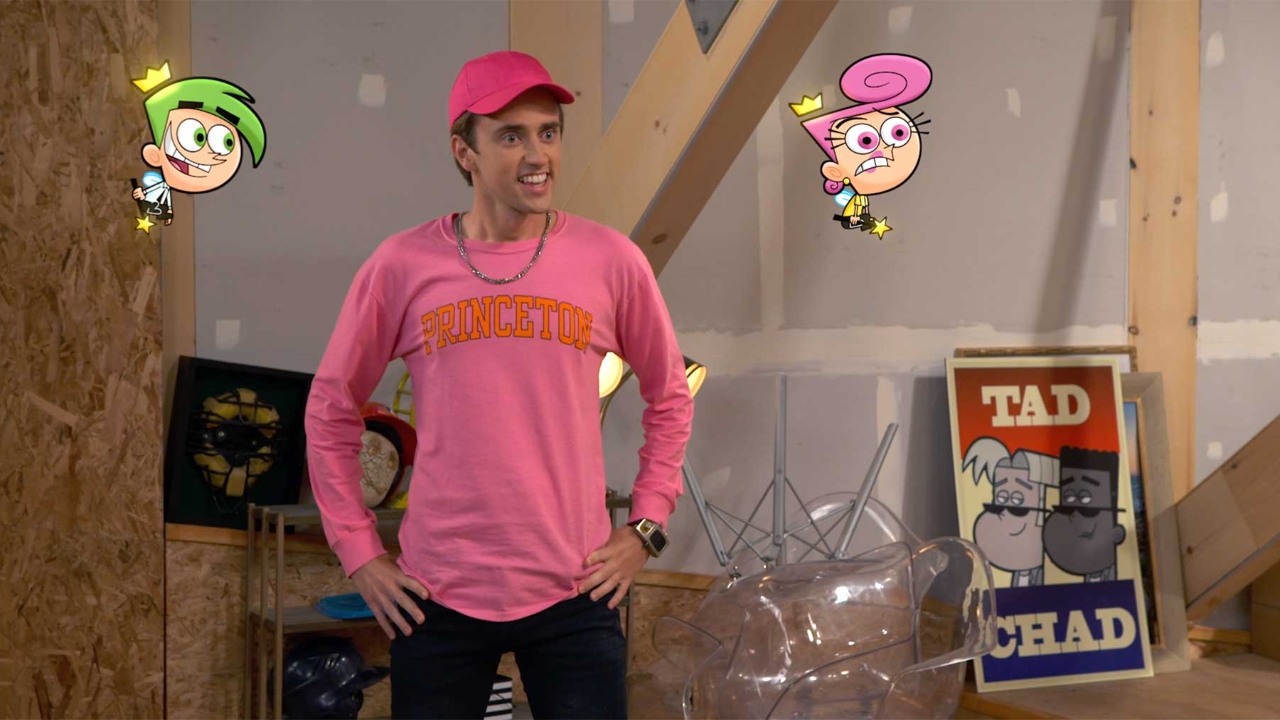 As previously mentioned, the live-action series will revolve around Timmy’s 13-year-old cousin Viv and her stepbrother Roy (Tyler Wladis) after they inherit Cosmo and Wanda. Fairly Odder will be picking up years after the original series ended in 2017, following a fresh set of youths as they navigate life in Dimmsdale with the magical help of their fairy godparents.

Who is in the Fairly Oddparents: Fairly Odder cast?

In Fairly Odder, the college-aged Timmy Turner is played by Caleb Pierce, who has previously appeared on Insecure, The Big Bang Theory and Grey’s Anatomy. Pierce will be taking on the mantle from a famous Nickelodeon star and child entertainer. In the 2011 live-action film A Fairly Odd Movie: Grow Up, Timmy Turner!, Drake Bell (Drake & Josh) portrayed Timmy Turner.

13-year-old rising star Audrey Grace Marshall portrays Vivian Turner, Timmy Turner’s younger cousin. Even at such a young age, Marshall has landed some breakthrough roles that pushed her further toward the spotlight. Marshall starred as Young Cassie in The Flight Attendant TV series. She also starred as Emma in Small Time and made appearances as Young Trish in the Marvel TV Series Jessica Jones and as Lilah in the movie The Last Summer.

Imogen Cohen, an up-and-coming actress who owes her big break to Fairly Oddparents, stars as Zina Zacarias. Although not much is known about Zina’s role within the universe, process of elimination points to Zina being a potential best friend to Marshall’s Turner. Cohen appeared in the 2020 short Dear Mom and will appear in an upcoming Christmas film The Naughty Nine about children on the naughty list that assemble to get the presents they think they deserve.

Adult actress Laura Bell Bundy, who has performed in a number of Broadway roles, including the original Amber Von Tussle in the musical version of Hairspray, the original Elle Woods in the musical version of Legally Blonde, and Dr. Jordan Denby on television’s Anger Management. In 2010, she released two singles, “Giddy On Up” and “Drop on By”. In Fairly Odder, Bundy will portray Roy’s mother, Rachel Ragland.

Ryan-James Hatanaka joins the cast as Ty Turner, presumably a Turner relative. For television, Hatanaka portrayed Gabriel Kinslow in When Hope Calls and Detective Abe Tamura in Nancy Drew. His theater credits include Shakespeare in the Park’s production of King Lear alongside John Lithgow and Annette Bening, Big Love and The Sandbox.

Additionally, the Fairly Odder movie features familiar voices from Daran Norris and Susanne Blakeslee, who will reprise their roles as Cosmo and Wanda, respectively. In the Fairly Oddparents series, Norris also provides the voices Jorgen Von Strangle, Anti-Cosmo, and Mr. Turner. Along with Wanda, Blakeslee voiced Anti-Wanda and Mrs. Turner.

To see familiar faces return and some newcomers in action, all 13 episodes of Fairly Oddparents: Fairly Odder are scheduled to be released on Paramount Plus on March 31, 2022.