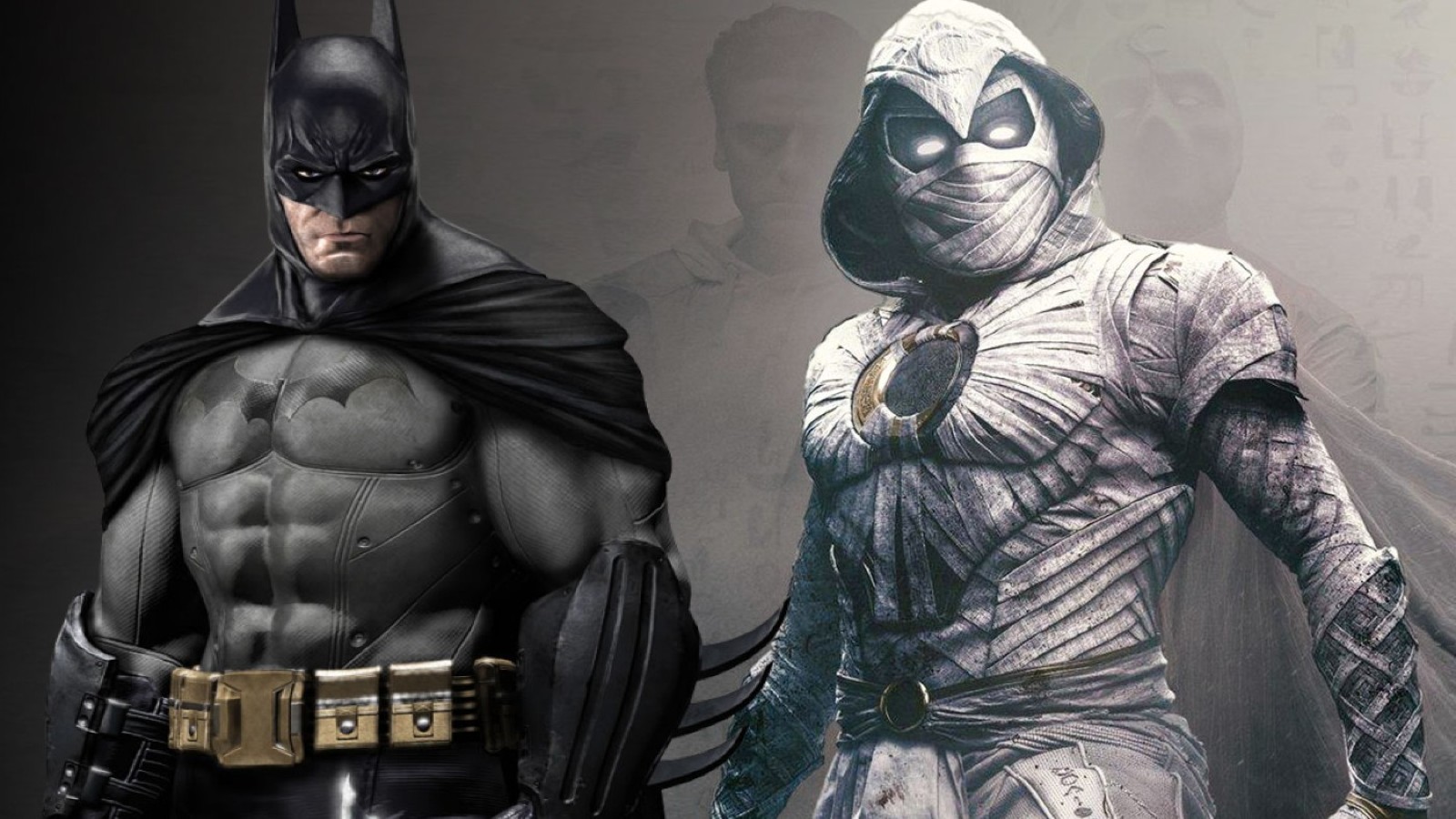 Everyone knows the superhero is also secretly a billionaire, has a secret lair full of gadgets, and nightly goes out to patrol his city and punish evil-doers. It’s Moon Knight, of course. Or perhaps that made you think of someone else. If so, you’re not alone. Moon Knight and Batman have been compared since Moon Knight had his first solo comic book in the early 80s, which explains why in the recent Moon Knight, Disney Plus decided to avoid the comparison altogether.

In the comics, Moon Knight has always been plagued by comparisons to The Bat. Even if he did have three alter egos to choose from, one of them was debonair playboy Steven Grant, and investor and fabulously rich playboy type that was practically a carbon copy of Batman’s secret identity of Bruce Wayne. No matter how many names Moon Knight went when he slipped into a civilian identity, he was always known as Marvel Comics’ Batman knock-off.

But the television version of Steven Grant has almost nothing in common with his comic book namesake. In the MCU, Steven Gran is a nebbishy fall guy who works in a museum gift shop and is about as far away from a wealthy playboy as is possible for a human to be. Speaking with Inverse.com, series head writer Jeremy Slater stated the difference is purely by design.

“There have been times in his comic book past where Moon Knight sort of felt like Marvel’s answer to Batman. If we tried to go toe to toe with Batman, we’re going to seem like rip-off artists.” Slater admitted.

Slater crafted a Steven that was instantly relatable to audiences. He can’t get ahead at his job. He has trouble sleeping. He wants a girlfriend and he calls his mom every day. He’s the complete opposite of comic book grant as well as his other TV alter ego, tortured mercenary Marc Spector.

All six episodes of Moon Knight are currently available on Disney Plus.