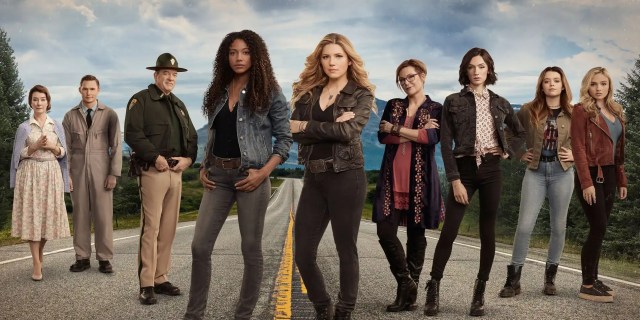 Season 3 of Big Sky is one of the most anticipated TV events of the year, with fans desperately waiting for more news about the upcoming premiere. And this hype is only growing as fans learn more about the new actors joining the cast of the series.

But when is Big Sky hitting screens, and who is joining the cast? Here is everything you need to know.

What Is Big Sky About?

Big Sky is a crime drama that first hit screens in 2020. Created by David E. Kelley and loosely based on C. J. Box’s book The Highway, it follows private detectives Cassie Dewell and Cody Hoyt as they search for a pair of kidnapped sisters in Lewis and Clark County, Montana. However, as the pair dive into the case, they soon learn that this isn’t the only crime in the area, and the pair quickly get tangled in several massive mysteries.

Who Is Joining Season 3 Of Big Sky?

Big Sky season 3, also called Big Sky: Deadly Trails, will add several new actors to the cast. One of the most famous new actors is Jensen Ackles, who will return as Sheriff Beau Arlen. While Ackels made his first appearance at the end of last season, his character will be a regular fixture in season 3, meaning that Ackles will be a more constant presence.

One of the biggest debuts is the legendary country singer, actress, and businesswoman Reba McEntire, who will be playing the role of Sunny Barnes. Sunny is rumored to be a big player in the new season’s storyline, so long-time Big Sky fans will be getting plenty of Reba action during the season.

Also joining will be Henry Ian Cusick, slated to play Avery, and Luke Mitchell, who will play Sunny’s son, Cormac. Also joining are Anirudh Pisharody and Madalyn Horcher, who play Luke and Paige, a young couple from New York. The final addition is Seth Gabel, who will be taking the role of Walter, a man who lives in the wilderness.

When Does Big Sky Season 3 Launch?

Big Sky season 3 is scheduled to launch on Wednesday, September 21st, 2022. It will be broadcast on ABC, airing at 9 pm Central Time and 10 pm Eastern time.

For those who prefer to stream the series, it will launch on Hulu the day after the broadcast. The show will also be available to stream on ABC’s website at around the same time.