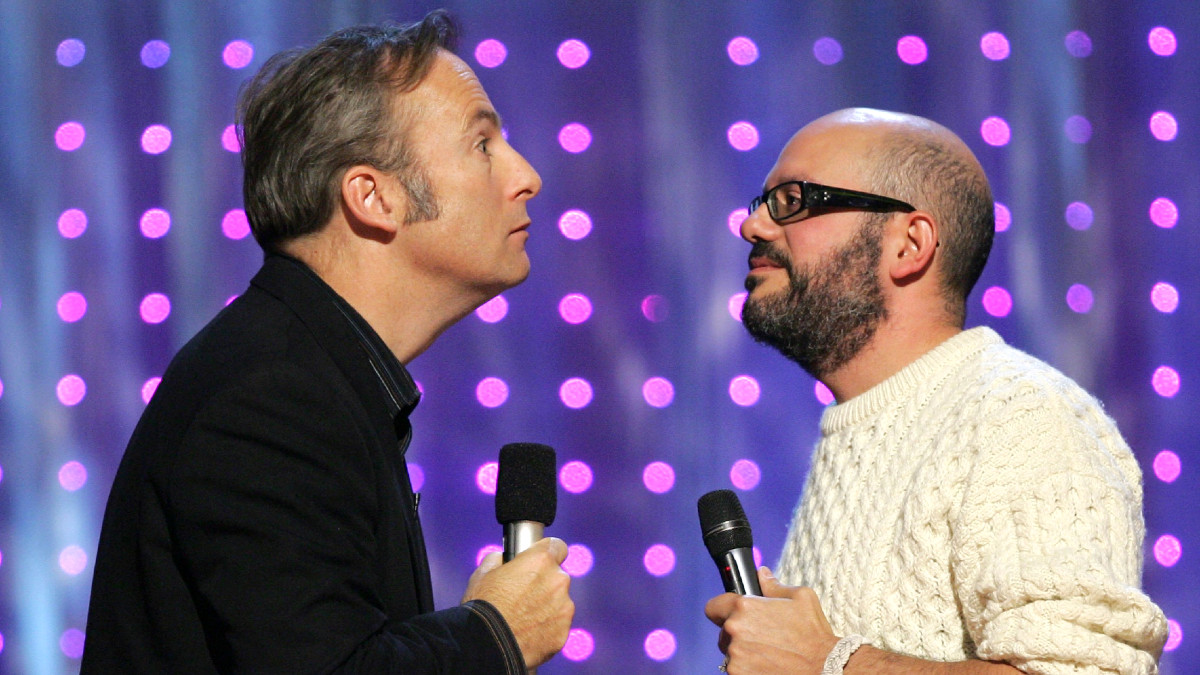 Bob Odenkirk and David Cross are teaming up once again, this time for a docu-style comedy series with Paramount Plus.

The series, which is currently in development, is called Guru Nation, which will star Odenkirk and Cross as “rival cult gurus manipulating the minds of their deluded followers.” According to Deadline, Jason Woliner, who previously helmed the Borat sequel, is slated to direct the series.

The series will reunite Odenkirk and Cross, who created and starred in the HBO sketch comedy series Mr. Show, which ran for four seasons from 1995 through 1998. In 2015, the pair starred in the four-episode Netflix revival,W/ Bob & David, as well as appearing in a number of other projects together, including Arrested Development, the 2001 film Run Ronnie Run!, The Ben Stiller Show, and NewsRadio.

Cross and Odenkirk will also co-star in the scripted podcast Summer in Argyle, premiering on March 10 on Audible. The show, created by Bob and Nate Odenkirk, details the fallout in a small town after a high schooler mysteriously dies at a Fourth of July hot dog eating contest.

In addition to Guru Nation, Odenkirk will appear in the upcoming sixth and final season of the AMC television series Better Call Saul later this year.