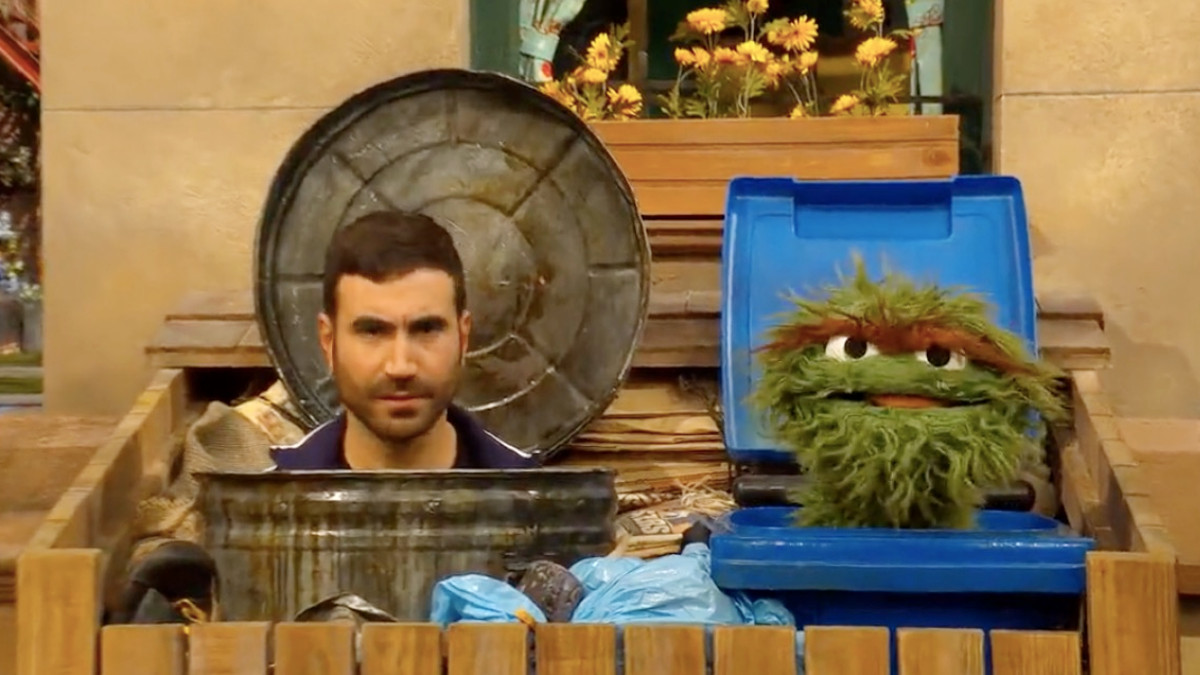 Ted Lasso star Brett Goldstein paid a visit to the set of Sesame Street this week, where the notoriously crotchety alter ego of Roy Kent met his match — or kindred spirit, you could say — in Oscar the Grouch.

“I met a kindred spirit the other day,” Goldstein wrote on Tuesday afternoon, retweeting the official Sesame Street account. “I told him we had a lot in common. He told me to scram.”

“Isn’t it a beautiful day?” says Big Bird, giggling, as he strolls past Goldstein and Oscar, in their respective garbage cans. In response, the two turn to look at each other, shake their heads irritably, and retreat to their receptacles.

In a more serious post, Goldstein — who is not actually as grumpy as Roy Kent in real life — also shared some behind-the-scenes photos of his visit on Instagram.

“Brett, how would you show the best day of your life using only photos,” Goldstein wrote. “I finally found my way to Sesame Street (all you have to do is ask, through the medium of song) and it was more wonderful than I could have imagined. Everyone was so funny and brilliant and friendly and kind. I managed to get to say hi to all the residents except Snuffleupagus who was sleeping (although I saw him sleeping and he snores less than you’d think).”

“Truly a beautiful cast and crew that fill that whole street with all the love you could wish for. Special thanks to Elmo and Grover and Big Bird and Oscar and Cookie Monster, sorry if I scared you,” he continued, before going on to thank a handful of people for “making this dream come true.”

And he wasn’t kidding about it being a dream come true, either. In 2017, long before he was known as Roy Kent, Goldstein performed all the songs from The Muppet Christmas Carol on stage in six minutes, which he uploaded to YouTube. Since he became well known for his role on Ted Lasso, the video has made the rounds on the internet here and there over the past couple of years.

It’s unclear exactly when Goldstein’s episode of Sesame Street will air, but Goldstein noted in his Instagram post that it will be on sometime later this year.