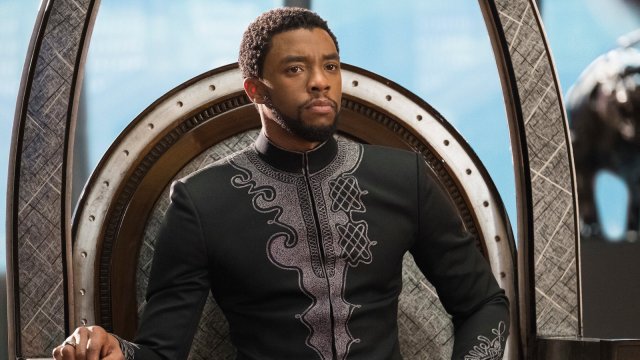 The Emmy noms are out, and What If…? fans are celebrating the Disney Plus animated series, picking up nods for Outstanding Animated Program, and Character Voice-Over Performance for Jeffrey Wright. But MCU fans the world over are celebrating Chadwick Boseman‘s nomination for his work on voicing T’Challa, The Black Panther, in the series’ second episode.

Boseman tragically passed away at age 43 due to Stage IV colon cancer in 2020. He had been secretly fighting the condition for four years since his initial diagnosis in 2016. Boseman was universally mourned by his fellow MCU actors, many of whom worked with him in Captain America: Civil War, Avengers: Infinity War, Avengers: Endgame, and his own title vehicle Black Panther, released in 2018. Co-star Chris Evans called Boseman’s loss “beyond heartbreaking” in an Instagram post memorializing the actor.

Boseman was able to finish voice work on his What If…? episode prior to his death, although the series did not air until last year. The episode posits an alternate reality where T’Challa had been taken into outer space by the Ravagers and became Star-Lord in lieu of Peter Quill. It was one of the best-received episodes of the show.

Boseman took home a SAG award in 2019 for Outstanding Performance by a Cast in a Motion Picture for the ensemble performance of Black Panther. Boseman also posthumously won another SAG Award, a Critic’s Choice Award, and a Golden Globe for Best Actor for his performance in 2019’s Ma Rainey’s Black Bottom. This was the first time he was considered for an Emmy Award.

The 74th Emmy Awards airs on NBC on Sept. 12. The ceremony will also stream live on Peacock.