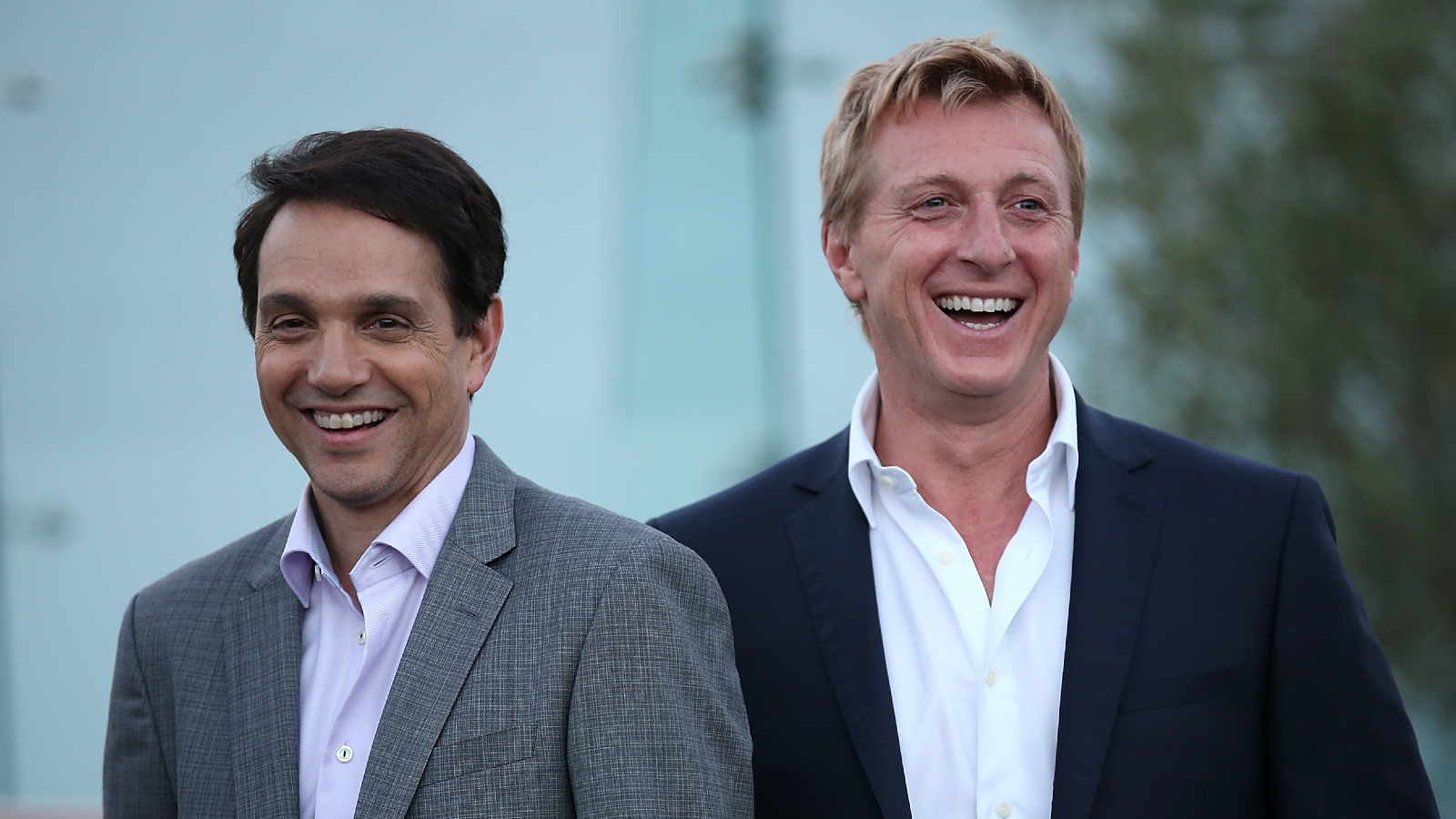 The cast and characters of the smash (or chop or kick) hit Cobra Kai are slated to appear live at the upcoming Netflix Is A Joke: The Festival in May — and a sneak peek of the upcoming season five is promised for the live crowd as well.

The still shot before you hit play shows Daniel LaRusso looking off into the distance in front of his home dojo, with the words “Ready?” captioned at the bottom of the screen.

“Join the cast of the Netflix phenomenon Cobra Kai for an unprecedented, badass, one-night-only celebration!” the billing online states. “This explosion of the Cobra Kai universe includes exclusive conversations with the cast, live musical performances, fan photo ops, and plenty of surprises. Costumes are encouraged — break out those gis, shower curtains, and mohawks!

Sixteen members of the show are teased to appear on May 5 of the nearly two week festival as one of the Netflix Show’s IRL lineup, including the stars and mainstays from the original Karate Kid films, Ralph Macchio and William Zabka, along with Mary Mouser, Tanner Buchanan, Dallas Dupree Young, Martin Kove, Gianni DeCenzo, Vanessa Rubio, Griffin Santopietro, Josh Heald, Hayden Schlossberg , Bret Ernst, Dan Ahdoot, and Jon Hurwitz.

No word if any surprise guests (Hillary Swank, anyone?) will pop up unexpectedly, and there’s still no official release date for season five.

The Netflix event will also include trivia and stunts for die-hards to get fully immersed in the action while doing a little encouraged cosplay as well.

The show is scheduled for 7pm ET at the Microsoft Theater in Los Angeles (4pm PT) on May 5. Tickets as of now are still available for $59.50 to $99.50 (before fees, of course), and the venue has a 7,100-seat capacity (it’s not stated how many tickets are being released for this show).