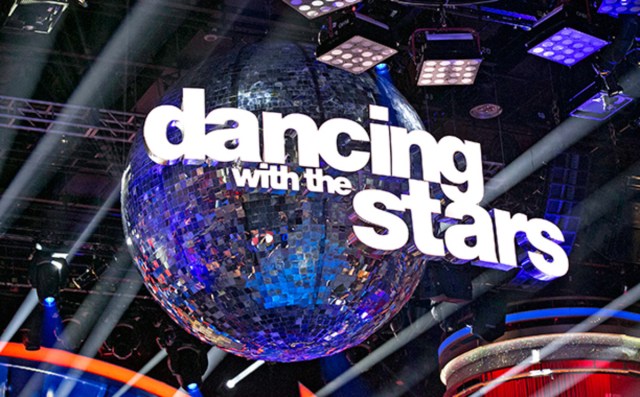 In 2012, which was already 10 years ago, Dancing With the Stars made a twist to their 15th season. Instead of it being new celebrities, they did an all-stars season with celebs returning from prior seasons to compete against the best of the best. With season 31 of Dancing With the Stars returning to us in less than a month, we know it’s not going to be an all-stars season, unfortunately. However, that can’t stop us from hoping for a new one sooner rather than later.

This season of Dancing With the Stars is seeing lots of changes, including a new co-host, no commercials, and the biggest one of all being that it will now be streaming live on Disney Plus instead of airing on ABC. With all of these changes, there’s no reason they couldn’t also have a second season in the spring and go back to the original spring and fall format. Now would be the time for the change, and why not make it big by having it be an all-stars season? If there is an all-stars season though, the question is raised about who should be on it. Luckily for you, we’ve come up with our top 10 former contestants we’d love to see back in the ballroom.

Bindi Irwin is most known for being the daughter of Crocodile Hunter, Steve Irwin, who tragically passed away back in 2006. She dedicated a dance to her father during her run on the show with partner, Derek Hough. Though Hough is now on the judging panel, Bindi could easily come back for another mirrorball trophy with a new partner. She was good then and is probably even better now with her newfound motherly instincts.

While he’s well known for playing someone who hates all things theatre and music related in the High School Musical series, Corbin Bleu is actually a huge theatre kid at heart and an amazingly talented dancer. He’s been on Broadway multiple times, and he has returned to Dancing With the Stars to participate in trios night. His natural talent and dedication could easily secure him a top spot on an all-stars season, and we would gladly sit and watch.

Jordan Fisher and Lindsay Arnold were fan favorites from the beginning in season 25, and that status paid off as they ended up winning the season, giving Arnold her first mirrorball trophy as a pro. Fisher was bubbly, supportive, and, most of all, extremely talented. He would be a force on an all-stars season and might just be the one to win it again if we’re being realistic.

While this one is a long shot, how cool would it be to see Zendaya back in the ballroom? She’s a two-time Emmy winner and is killing the game in multiple blockbusters as well as HBO’s Euphoria, so does she have time for an all-star season? The real answer is, we don’t know. However, she is a talented dancer, and we’d love to see how much she’s matured and improved since she was sixteen.

Pop star Tinashe and her partner, Brandon Armstrong, were eliminated far too early in season 27. Tinashe showed real promise and poise, but she didn’t have the votes. Now though, with the judges’ save as part of the elimination process, I think it would give Tinashe that chance she deserves to go all the way and show how good she really is.

Everyone’s favorite gymnast, for good reason, is most likely Simone Biles. She is undoubtedly the most talented gymnast of our time and continues to impress with new skills and mature decision-making skills. During her time on Dancing With the Stars, she was partnered with Sasha Farber. While she did well, she didn’t make it to the finals. I think Simone has it in her. She’s talented and older now, and I think a little experience is all she needs to make a grand comeback.

Rashad Jennings was the champion of season 24 along with his partner, Emma Slater. The two continuously tried new and exciting things, and Rashad’s continued improvement helped them to earn the mirrorball trophy. He’s already made a comeback for a trio in later seasons, so an all-stars comeback isn’t that far off. We’d love to see more champs get back in the ballroom, and Rashad was so much fun that he’d be a perfect choice for it.

Nikki Bella is best known as a WWE wrestler as well as for her reality tv show, Total Bellas, with her twin sister, Brie. Something unique about Nikki is that while on the show, she was dating John Cena, afterwards she ended up finding romance with her old partner, Artem Chigvintsev. Now the two are married and have a son together, so how cool would it be for the couple to return to the ballroom as a couple and try again for the mirrorball? We saw Sharna Burgess and Brian Austin Green give it a go, let’s see it again.

Nev Schulman, the host of MTV’s Catfish, was a surprise to both fans and judges when he hit the dance floor. We love watching him solve online dating dilemmas, but who would’ve thought we’d enjoy his dancing just as much? Although he came in second to Kaitlyn Bristowe and Artem, it doesn’t diminish his and Jenna’s hardwork and electric dances throughout the season. Nev seemed to have a competitive spirit, and coming in second has to be heartbreaking. It would be great to have a silver champ return!

The star of Disney Channel’s hit Zombies franchise, Milo Manheim was partnered up with Witney Carson on a historic season of Dancing With the Stars. There were many talented contestants, but from the beginning, it seemed like Manheim was the fans and judges’ favorite to win. However, in a surprise turn of events, radio host Bobby Bones ended up taking the mirrorball. It would be exciting to see Milo return to the ballroom for a redemption season and after his Halloween freestyle with Witney, he’s definitely earned the all-star title.