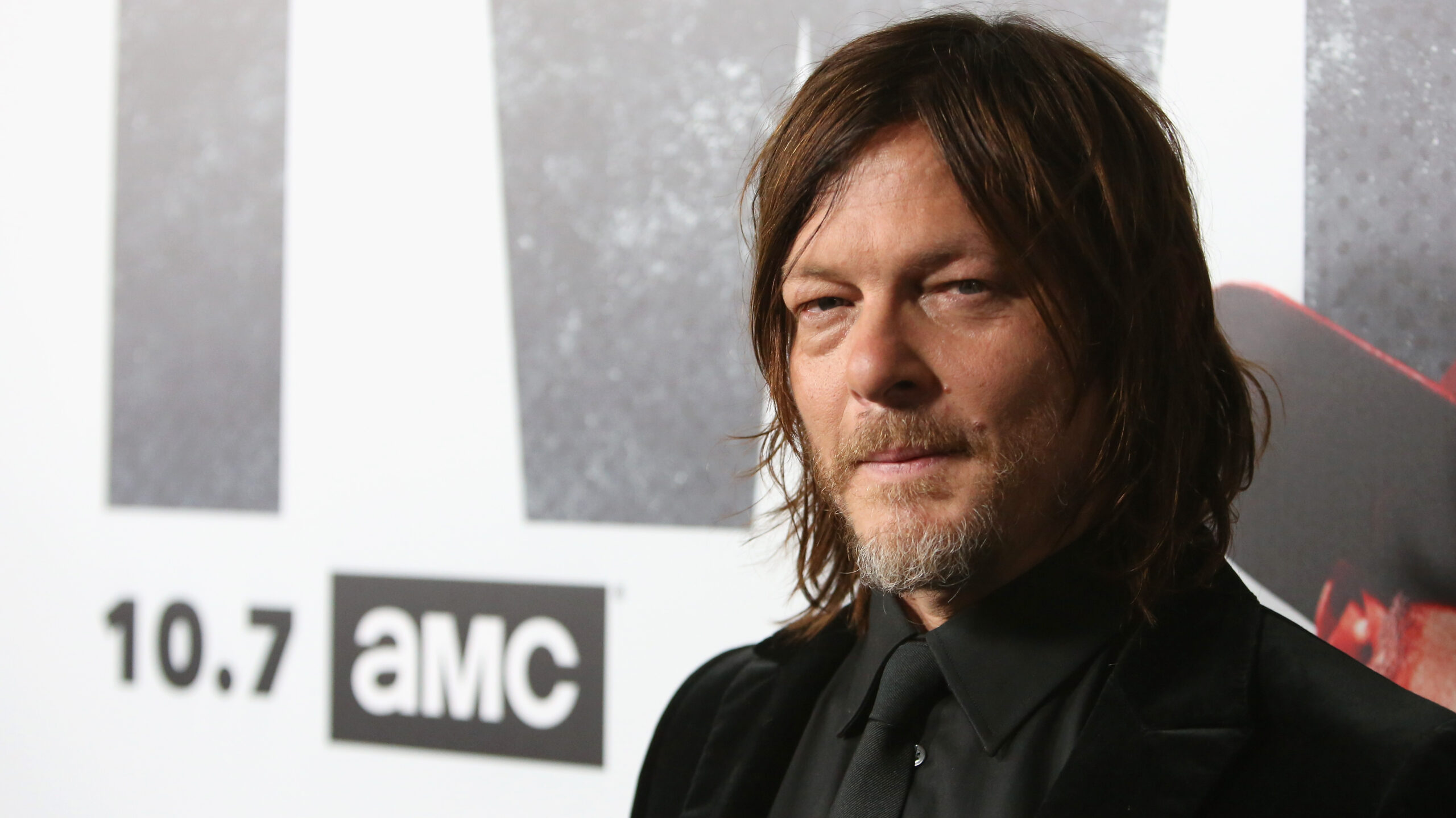 Daryl Dixon is one of the most interesting characters within The Walking Dead‘s universe and certainly one of the most beloved. Norman Reedus brings Daryl to life, and his incredible range in the role speaks largely to the actor’s talent.

Originally shooting for the role of Merle, Reedus nailed the audition so effortlessly that he won over the casting director and had a special character crafted just for him. Daryl Dixon was born because of Norman Reedus — and there aren’t many actors that can say the same.

When Daryl entered the scene, he was rough around the edges, carrying the scars and burden from his life before the outbreak. He was alone, and happy to continue his life that way, never relying on anyone for anything.

When he met the rest of the survivors, he wasn’t keen to get along right away, but with time and circumstance, he learned to open up little by little. Then, Daryl learned to trust, and after that — dare we say — he learned to love.

He also wowed audiences worldwide with each new episode, unveiling layers of the complex character that Daryl would soon grow to become. Once he opened up, put on his game face, gathered strength, and fought alongside faithful companions — he became an unstoppable force of nature.

If you’ve been a part of the fandom for some time, you know that there are hashtags that trend when Daryl is in danger, and even when he’s not. One specific hashtag, #IfDarylDiesWeRiot, has even been printed on shirts, mugs, and jewelry.

It goes without saying that Daryl is an integral part of The Walking Dead, and some fan favorite episodes have revolved around the character. From moments when he shared his soul with fans to the scenes where he blew us all away; Daryl often stole the show.

While it’s impossible to narrow them down completely, we picked a few of our favorite Daryl Dixon moments from The Walking Dead. From epic kills to heartwarming moments — he knows how to make us feel all of the emotions.

There are moments when Daryl is just tough as nails and cool as a cucumber. Of course, to survive a world taken over by walkers, one has to be tough, but Daryl makes it all look effortless.

He’s killed several zombies — in several different ways — but this kill was epic. Feeling trapped, frightened, and with a deep desire for survival, he became resourceful when the undead ambushed the group. Finding a chain, he managed to take a deep breath and prepare for a battle, and his first swing took out three walkers at once.

The moment is frequently shared on best kills in the series, on the top of many lists describing Daryl’s best moments, and in many conversations.

There are few things in this life that everyone acknowledges as fact. One of those few things is that Daryl Dixon needed a dog. No, he deserved a dog.

Daryl even fought for a dog, proving the sentiment that fans often put forward — his need for a companion. It was something of a running joke for a while; we don’t really see a lot of “pets” in the realm of The Walking Dead, but darn it, Daryl needed one.

So when he comes across the sweetest puppy in Season 10 of The Walking Dead, we all cried again.

The introduction couldn’t have been sweeter if they tried, as the pup jumps up into an embrace, licking his face and enjoying the moment just as much as Daryl did. The dog would go on to be named Dog (very creative with names, aren’t we, Daryl?), and it’s a sweet reminder that, even in the midst of chaos, a kiss and snuggle from a canine can heal almost any broken heart.

Daryl is one character through The Walking Dead that has remained, in large, without a love interest.

The thing is, Daryl didn’t focus on interpersonal relationships before he met the family, and it didn’t seem too pressing of a matter for him to enter a romantic relationship once the outbreak happened. However, that doesn’t mean that Daryl didn’t bond with those around him.

Some fans have been longing for a relationship between Carol and Daryl, while others are grateful for their profound friendship. We know Daryl had a relationship with Leah, and luckily, that gave us Dog, but his bond with Connie is infinitely more special.

The two have shared flirtatious moments, but Daryl learning ASL to speak to Connie is even sweeter than that. The two use quick note-writing, sure, but the fact that he studied and learned a new way of communication with Connie says a lot about his growth.

Daryl lived a very cut and dry lifestyle before the outbreak, but he’s been softer, more well-rounded, and more open since he met the rest of the survivors. We love the bond he shares with Connie, and their moments together are some of the best.

Daryl and Beth take “bring the house down” too literally

Daryl and Beth had a lovely friendship on The Walking Dead — and her loss left an immeasurable mark on his life. In fact, one of the most heartbreaking scenes of TWD is Daryl carrying her lifeless body out of the hospital during that fateful afternoon.

Instead of focusing on that heartache, we decided to share a heartwarming and hilarious scene between Beth and Daryl, sitting together on a porch. They were both stuck in emotions, hurt, and frustration when Beth had a grand idea — let’s just burn it down.

Daryl noted that they’d need to find more booze, and after doing just that, they lit fire to the house. It was a sign of letting go, saying goodbye, and acknowledging the importance of focusing on the present. They’d lost a lot, and they’d soon lose more, but at that moment, they shared an unbreakable bond and a moment of healing.

One of Daryl’s most endearing moments was when he held baby Judith and gave her the nickname that’s stuck with her for the entirety of the series — Little Ass-Kicker.

At first, no one knew what to name Rick’s baby, and it wasn’t an easy decision to make. When Daryl was holding her, feeding her a bottle, he looked down at her, and suddenly — it hit him. Daryl gave Judith her very first nickname. She was incredibly strong, even as a baby, and she had a lot of fight in her.

As Judith would continue to grow up, that fight would prove to be more critical than ever. She had to survive the undead, after all. Judith was then and will always be a little ass-kicker, and the bond that Daryl and Judith share is one of the best relationships within TWD‘s universe.

Daryl doesn’t flinch (but we do)

It happened on more than one occasion, but Daryl refused to bow to Negan. After he was captured by one of The Walking Dead‘s most vicious evils, fans were terrified that Daryl’s survival reign was over.

The fear only grew as Daryl began to stand up to Negan. Negan had all of the power, alongside his baseball bat adorned with barbed wire, which he named Lucille (after his beloved wife). He could make anyone do anything he wanted. So, when he tried to spook Daryl — without success — it became more of a cat and mouse game to Negan.

Most people would have broken under Negan’s glance; one swing of the bat and they’d be kneeling, claiming that they too were Negan, but Daryl never did. In this scene, he didn’t even flinch when Negan swung a bat at him with all all his might. Instead, Daryl stood still, daring Negan to turn the bat at him once.

Daryl tells Carol to look at him

Daryl and Carol have been through so much — both as individuals and as friends. Their bond has surpassed time, distance, misunderstandings, and what-ifs. The two mean so much to one another that it’s hard to picture one without the other. Daryl and Carol understand one another on a level that outlives most relationships.

They’ve helped one another heal after tragedy, shared beautiful moments together, and shielded one another from pain. In one of the series’ most brutal and emotional scenes, Daryl tries to protect Carol from seeing something life-altering.

Daryl notices that Henry’s head is one that Alpha has put on a stake, and it’s enough to make your heart skip a beat. What’s even more emotional is how Daryl tries to stop Carol from seeing it. As she appears and looks at what’s going on in front of her, Daryl races down to stand in her line of sight and whispers for her to look at him instead. He prepares to hold Carol as she breaks down, and not just at that moment.

The loss changes Carol, and the grace that Daryl gives her is entirely different. They say a lot without saying anything, which is a sort of constant for the pair, but when we heard Daryl whispering to Carol to protect her — well, we all cried.

It was hard to cut this list down, as Daryl had plenty of incredibly badass, fierce, emotional, and monumental moments in The Walking Dead — and we know he’ll continue to. However, this hug is one of our favorites.

Having been captured by Negan, Daryl wasn’t sure he’d make it out alive, and those he left behind weren’t sure that they’d ever see him again.

When Rick and the group returned to the Hilltop, it signaled that they were back in the fight. It was emotional enough, and then Rick looked up and saw a wounded Daryl begin to walk his way.

You could have heard a pin drop when the two looked at one another. Everyone was hyper-focused on their reunion, and the hug they shared was one of the best in The Walking Dead history. It was full of an unspoken apology for every moment before that and a promise for every moment after. They had one another, no matter what they’d faced before or what disagreements might have transpired previously.

We miss Rick and Daryl, especially in these recent episodes, and we hope we haven’t seen the last of them yet.

From the heartwarming to the brutal, Daryl does it all, and we can’t wait to see what the future holds for him. Here’s to Daryl Dixon — the man, the myth, the legend.