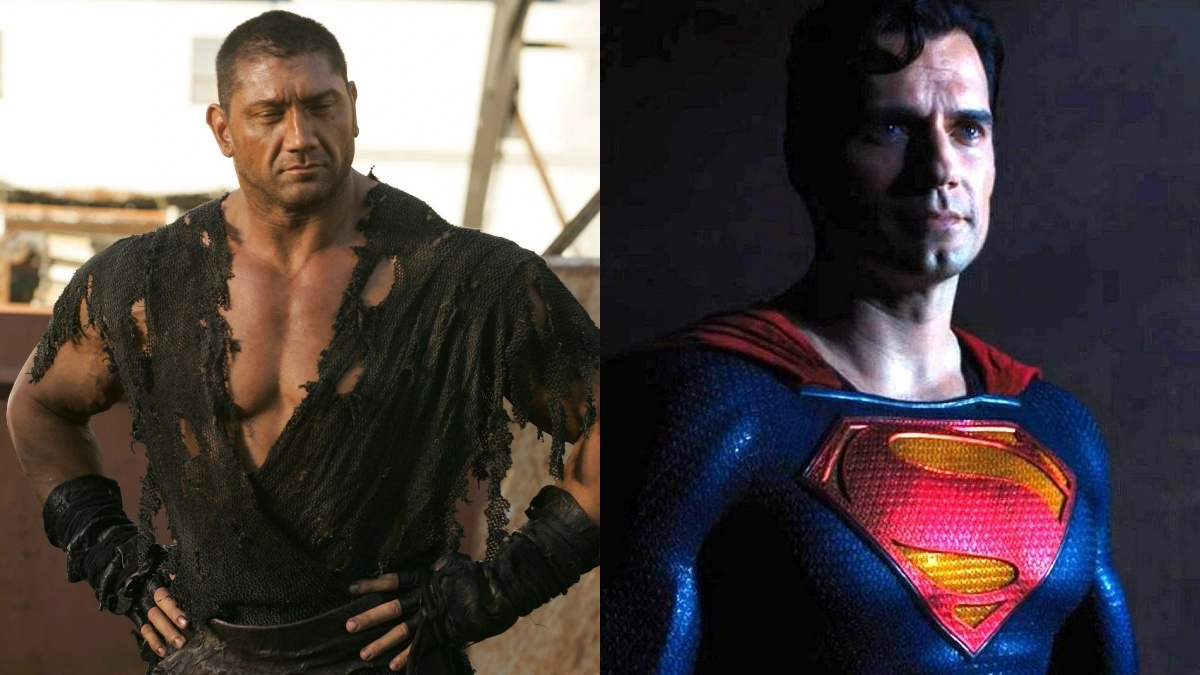 Images via The CW/Warner Bros.

After years and years of hype, Black Adam promised much and failed to deliver on most. Despite the mind-blowing post-credits scene that teased a showdown between Teth-Adam and Superman, there will be no face-off for Dwayne Johnson and Henry Cavill in the future of the DCU, which is not just a bummer for fans but likely for The Rock himself, too. Nobody tell him, then, that his fellow WWE star and acting rival Dave Bautista has already achieved his dream of meleeing with the Man of Steel on-screen.

Bautista might have lofty thespian aspirations these days, what with declaring that he doesn’t want to be the “next Rock” as he’d rather be a “respected” and “good” actor, but once upon a time he was more than happy to take any gig that came his way. Hence his appearance as the villain in The Scorpion King III (a sequel to a franchise Johnson himself had long since vacated). Likewise, in 2006 Bautista turned up in an episode of The CW’s Smallville, which might be of interest to fans.

Part of the DC prequel’s sixth season, the episode titled “Static” features Tom Welling’s Clark Kent encounter the latest Kryptonian criminal to escape from the Phantom Zone — a brutal alien who feeds on bone marrow called Aldar, who just happened to be played by the future Drax the Destroyer himself. On top of predating his more famous foray into the Marvel universe by eight years, Bautista’s Smallville guest spot is a lot more notable in hindsight.

While not as flashy a role as The Rock’s in Black Adam, Bautista can now boast that he has succeeded where Johnson, unfortunately, failed as he actually got the chance to beat up Superman (albeit an adolescent, unsuited version). In fact, he made the hero himself feel pretty puny. In a recent appearance on the Talk Ville podcast, Tom Welling recalled an example of Bautista’s physical prowess: “He was the only person in my life who’s ever picked me up over his head and held me,” the 6’2″ Welling said.

Does anyone else now want to see Dwayne Johnson do the same with Henry Cavill?