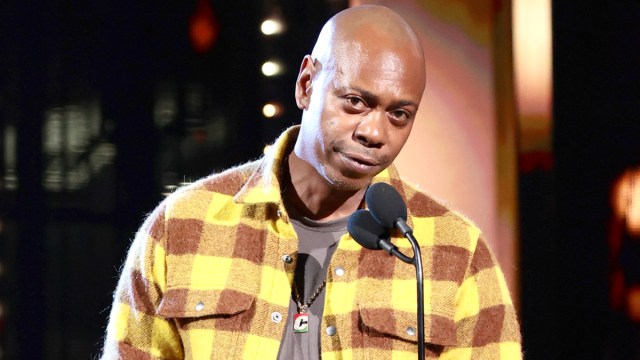 Saturday Night Live rarely shies away from a controversial or headline-grabbing guest, which is perhaps why the long-running sketch comedy show is welcoming back Dave Chappelle to host for the third time this weekend. But SNL will reportedly be down a few writers, who are said to be boycotting the episode due to Chappelle hosting.

The last time Chappelle hosted was in 2020, but that was before the backlash of his 2021 Netflix special The Closer, in which he made jokes about the gay community and transgender women. In fact, the controversy was still fresh enough that the 49-year-old comedian had a standup gig canceled as recently as this summer — but hey, what’s good enough for Donald Trump is good enough for Dave Chappelle, apparently.

Page Six reported the news this week, hearing from an insider: “They’re not going to do the show. But none of the actors are boycotting.”

The news shouldn’t come as a huge shock, as trans and non-binary writer Celeste Yi seemed to speak out against Chappelle hosting, sharing a blunt message to their Instagram stories just days after this week’s lineup was announced. “I’m trans and non-binary,” Yi wrote. “I use they/them pronouns. Transphobia is murder and it should be condemned.”

However, Page Six also spoke with Chappelle’s reps, who painted a different story, claiming that as of Tuesday, he was at 30 Rock meeting with writers and producers.

“There was no evidence of a boycott,” his reps stated. “The room was full of writers. They all pitched ideas and they seemed very excited about it … Dave is looking to have some fun.”

Well, that remains to be seen. If there was indeed a boycott, it seems unlikely that we’ve heard the end of it for now.