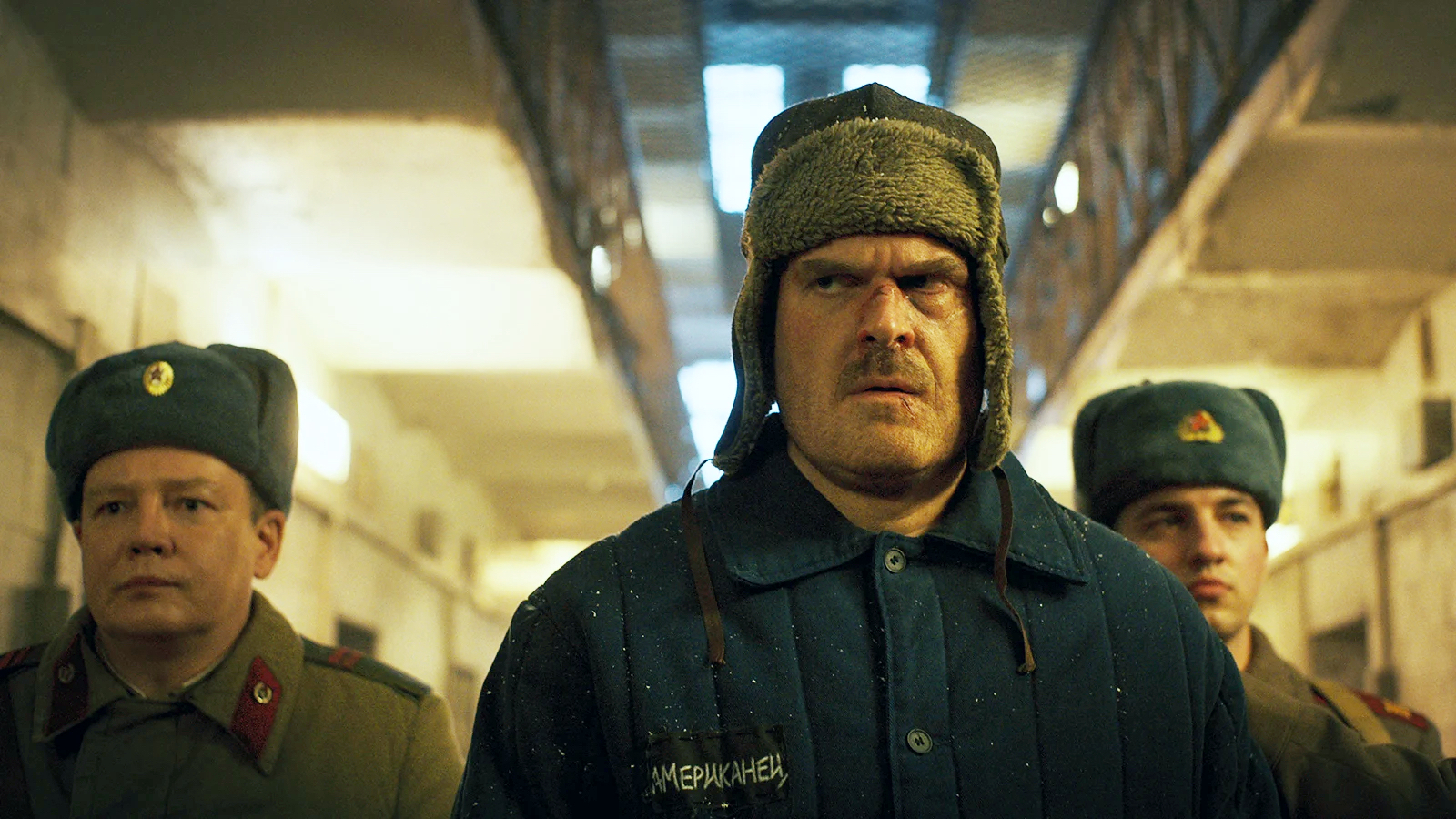 Stranger Things is known for its darkness, but David Harbour says season 4 of the Netflix series showed Jim Hopper at his darkest place. Throughout most of the season, he’s stuck in a harsh Russian prison and trying to get messages to Joyce (Wynona Ryder), and it proved no easy task.

On day 4 of Netflix Geeked Week, Harbour explained what it was like for his character to experience the most difficult time in his life.

“It’s kind of a brutal season. I mean, it was brutal physically in that way and it was also kind of brutal emotionally. Hopper goes to a darker place, I think, then we’ve ever seen him. Certainly in the prison when we figure out exactly what happened to Sara, and to his life before. This kind of dark, still moment of hopelessness for him. But then he is reinvigorated when two of his friends come to Russia to help him out.”

In Stranger Things, season four, episode two, “Vecna’s Curse,” audiences discovered how Hopper survived the explosion at the Upside Down gate. He jumped onto another platform right before the explosion could consume him, and when he woke up and tried to crawl away, he was met by Russian soldiers who took him to a cold and unforgiving prison in Russia.

Surprisingly, Hopper spent nearly all of season four, volume one in this prison, working away, getting beaten, and being tortured for information. Joyce teamed up with Murray (Brett Gelman) to come to his rescue, solving clues, evading capture, flying a plane, and learning who to trust and who not to trust to get to him.

Audiences also learned the heartbreaking story of Sara, Hopper’s daughter who died from a tumor. He reveals that he believes himself to be at fault because he was in the division responsible for preparing the defoliant Agent Orange. In his mind, the indirect exposure to toxic chemicals was the cause of his daughter’s disease that ultimately broke up his marriage. Truly heartbreaking stuff.

Netflix Geeked Week also offered more Stranger Things 4 content including a teaser trailer for volume two that promises an action-packed conclusion. At the end of volume 1, Hopper and Joyce are reunited, but the monster Vecna still threatens to torment and kill anyone he can infect, and it’s up to the kids from Hawkins to find a way to defeat him.