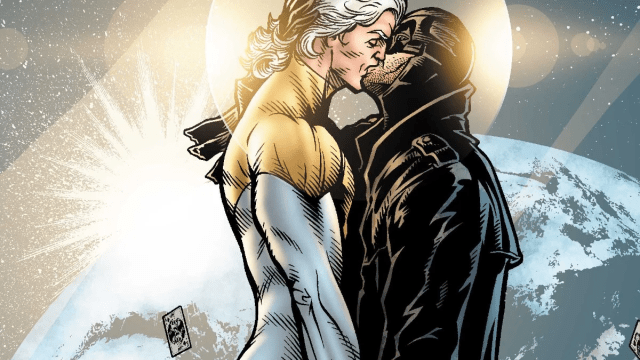 The creation of HBO Max has been a blessing for DC fans as it’s allowed for Warner Bros. to expand the DCEU onto the small screen. As with Peacemaker earlier this year, the streaming platform is the perfect place to let more obscure characters shine who otherwise wouldn’t have a chance of landing their own big-screen outing. But which non-A-listers deserve a shot in the spotlight next?

That’s what the folks of the r/DC_Cinematic subreddit have been discussing after user u/Ace_OfSpadez11 asked fans to name their dream pitches for a HBO Max show starring an obscure hero or villain of their choosing. And the responses poured in, ranging from the relatively underrated to the truly unfairly forgotten figures of the DC universe.

Some fans had even specific concepts for their dream shows. Like a Question series set in The Batman continuity, taking place in the 1970s and featuring the Court of Owls as villains. Somebody call Matt Reeves!

A Midnighter and Apollo show is proving to be a highly popular suggestion, too. It seems fans really want to see these loved-up Superman and Batman analogues in live-action.

We need the Lobo TV show that Syfy almost made.

Ambush Bug — DC are sitting on their own version of Deadpool, and they’re doing nothing with him.

An adaptation of Grant Morrison’s Animal Man, one of the weirdest and yet most profound DC comics ever, is actually a genius idea.

We would watch the hell out of Etrigan the Demon as a supernatural detective.

A Mister Mxyzptlk show with Willem Dafoe? Shut up and take our money now.

There are many more where these came from, with other commenters mentioning the likes of Detective Chimp, Firestorm, and Metamorpho, the Element Man. While the ton of Batman-related HBO Max shows that are no doubt on the way should be fun, this thread serves as a reminder that there’s plenty of other corners of the DC world that WB could be mining as well.