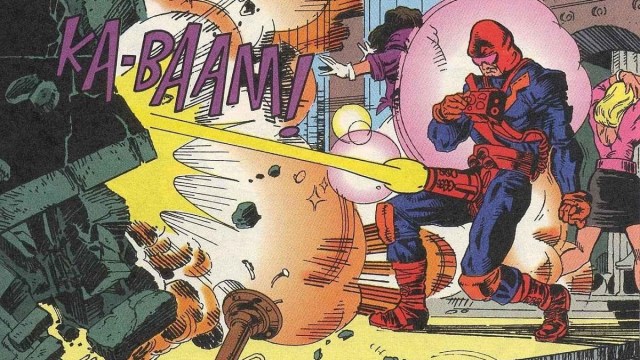 James Gunn’s association with the DCEU has seen him transform a number of obscure comic book characters into household names via the success of The Suicide Squad and its episodic spinoff, but could the Guardians of the Galaxy architect extend the same courtesy to cult favorite villain Codpiece?

That’s what fans are hoping, anyway, with the pitch to have the bonkers baddie brought into live-action gathering some serious traction on Reddit, with many people only finding out about the origins and unique skill set of an antagonist so shrouded in mystery that their real name has yet to be officially revealed to the masses. Once you understand his history, though, it makes total sense.

Essentially, his origin story all hails from a misunderstanding that’s as unusual as it is hilarious. Codpiece was told as a high school student by a girl that he wasn’t big enough, but while the reference was being made towards his height, he inferred that she was teasing him about the size of his penis, giving rise to a rock hard life of infamy.

Largely a bank robber by trade, Codpiece lives up to his name by creating a weaponized suit with a gigantic cannon strapped to the crotch area, which is one way of making sure everyone knows he’s got one of the biggest inferiority complexes in DC history. Peacemaker season 2 is on the way, and Gunn knows a thing or two about crude humor, so let’s cross our fingers in the hopes we’ll see John Cena’s Christopher Smith get up close and personal with an insecure adversary.