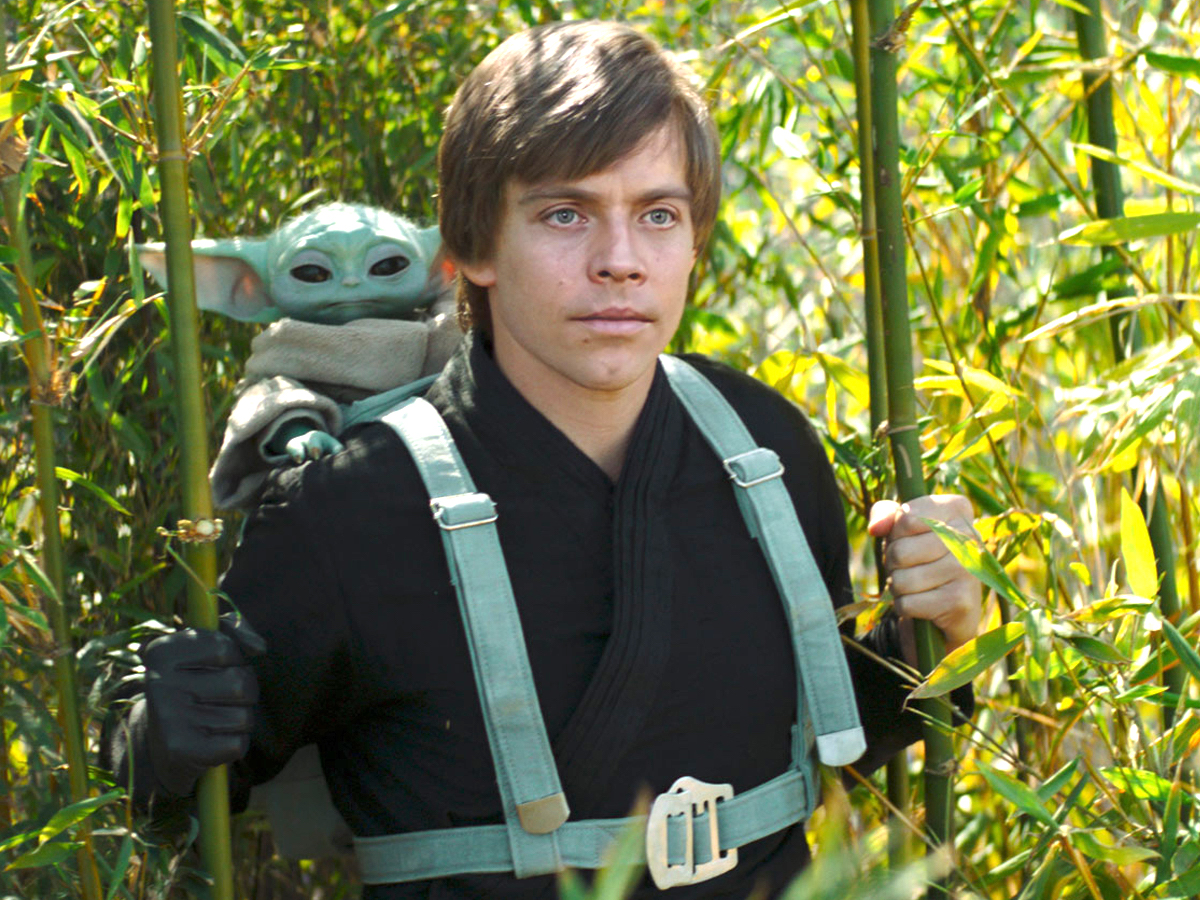 Ever since the Walt Disney Company acquired Lucasfilm in 2012 for four billion dollars, it has committed to continuing the popular science fiction/fantasy franchise Star Wars and its mythology via movies, cartoons, and live-action TV series. These projects have found a new home on the Disney Plus streaming service starting with the pop culture phenomenon The Mandalorian.

The Mandalorian’s second season finale featured a surprise cameo from a Star Wars fan favorite: Luke Skywalker, as played by Mark Hamill and as seen after the events of the 1983 film The Return of the Jedi. In order to pull off the trick, the 70 year-old actor played the role on set, mostly shrouded in dark Jedi robes and then digitally de-aged in post-production. While fans were overjoyed by the return of the Jedi Skywalker, the reactions to the actual special effects were a bit more mixed.

While the character returned in a recent multi-episode arc on spinoff series The Book of Boba Fett ⏤ instructing Grogu, aka “Baby Yoda,” in the ways of the Force ⏤ Hamill himself did not. Instead, according to a report from The Decider, the role was created with a mix of stand-in work and AI programming.

Actor Graham Hamilton portrayed the physical role of Skywalker, saying in an Instagram post that it was “one of the most magical and fulfilling creative experiences of my life.” Instead of bringing Hamill in to record Luke’s vocal lines and aging the voice down, the task of voicing the legendary Jedi fell to a computer program called Respeecher to replicate a young Hamill.

According to series sound editor Matthew Wood in an episode of Disney Gallery: Star Wars: The Mandalorian (as reported in Decider), “It’s a neural network you feed information into and it learns. So I had archival material from Mark in that era. We had clean recorded ADR from the original films, a book on tape he’d done from those eras, and then also Star Wars radio plays he had done back in that time. I was able to get clean recordings of that, feed it into the system, and they were able to slice it up and feed their neural network to learn this data.”

This means that while Hamill didn’t record any of the lines in Boba Fett, that was his voice viewers heard instructing the young Grogu. As for Mark Hamill, his only reaction to his deepfake’s most recent Star Wars appearance was via a joke on Twitter:

It remains to be seen whether or not the upcoming Disney Plus series Obi-Wan Kenobi will use similar technology to de-age actors from the series’ past or even resurrect beloved characters played by actors who refuse to reprise their roles.