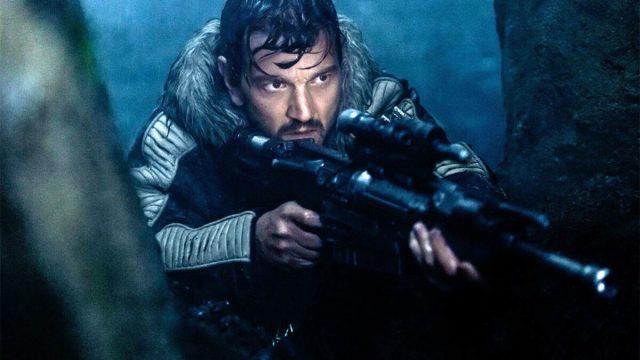 It’s been almost six years since we saw Diego Luna’s Rogue One hero Cassian Andor explode. Now, courtesy of prequel Disney Plus show Andor, the morally complex Rebel spy is about to make a comeback in a two-season series that’ll end where we met him back in 2016.

Andor has been in the oven for a while at Lucasfilm, suffering a string of production delays due to COVID. But now it’s finally in the can, and will premiere in just over a month’s time. That long wait seems to be a relief to Luna, who recently confessed he was worried that too much time had passed since Rogue One.

Luna has also revealed he was involved at a high level in Andor‘s plot, explaining in an interview with Den of Geek that he came up with it to help his Rogue One performance.

“All this story just happened in my mind. It wasn’t relevant to anyone. He talks about a traumatic past, but there is no specificity. Obviously, as an actor, I had my backstory. You don’t arrive on set without knowing where you’re coming from and what motivates every decision your character makes, but that’s information that no one cared about for years.”

The writing team used that when formulating the show, with Luna saying it was surreal to see his headcanon become actual canon.

“[Andor] was like when you dream something, and then suddenly, you’re talking about that dream with others… I was asked so many times, ‘What were you thinking when you said this? What was your backstory in this moment?'”

Though the precise details of what’s set to go down in Andor are still unknown, it appears the 12-episode event will ground Cassian’s hatred of the Empire in his planet being invaded and his home being taken away from him. He manages to escape off-world, vowing to do everything in his power to smash Imperial might. That leads him to the Rebel Alliance, and this is where the show begins.

We’ll find out more very soon, as Andor premieres on Disney Plus on August 31.