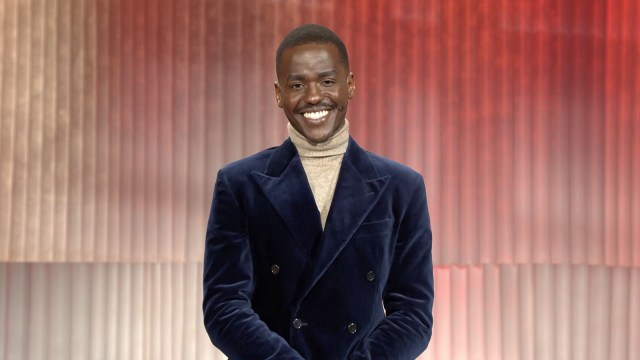 Ncuti Gatwa hasn’t even officially started shooting his time in the TARDIS yet, but it’s already been confirmed that he won’t be going anywhere for a long while. 2023 is set to be an exciting time in the Doctor Who universe as the sci-fi staple’s 60th anniversary year will not only welcome back much-vaunted showrunner Russell T. Davies into the fold, it’ll also see the return of fan-favorite David Tennant and the introduction of the aforementioned Sex Education star as our new Time Lord.

While specific details on what we can expect from Gatwa’s tenure traversing time and space are thin on the ground at the moment, we can now rest assured that the actor will not be a one-and-done Doctor and is due to return for a second season of adventures. The good news was subtly confirmed by Davies while speaking at BBC Academy’s online Climate Creatives conference this Wednesday.

When talking about how he intends to tackle climate change issues in the series going forward, the acclaimed writer admitted how it’s tricky to deal with these real-world problems within the fantastical framework of the show but promised that he intends for “season two” to examine “how we ignore these things.”

In other words, Davies has just dropped our first confirmation that a fifteenth season for the revived run of Doctor Who is on its way. While you might think it was a given that the BBC wouldn’t kill off one of its jewels in the crown so soon after its big birthday bash, it’s still good to find out work has already begun on season 15 as it tells us Gatwa will be back for it, which wasn’t necessarily assured.

The last time Davies took the reins of the Whoniverse, back in 2005, his first leading man Christopher Eccleston only lasted a year before Tennant replaced him, so Gatwa could always have done something similar. But thankfully it sounds like he’ll be wielding that sonic screwdriver for the forseeable.