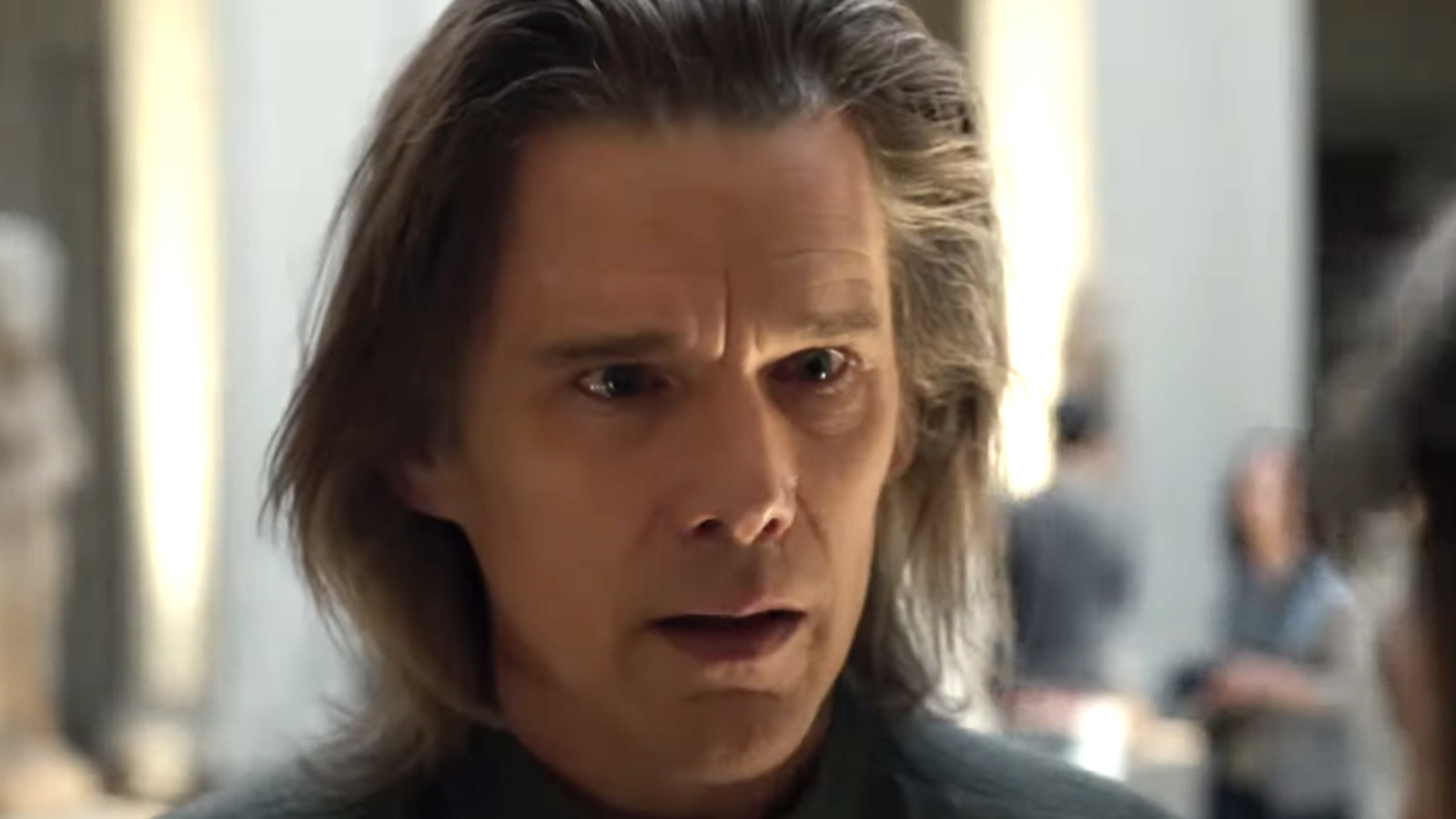 Upcoming Disney Plus series Moon Knight has thrown off the shackles of secrecy in a major way over the last few weeks during the final leg of the promotional push, but Marvel Cinematic Universe fans had spent the months prior being starved of details and information regarding Oscar Isaac’s debut as Marc Spector.

As usually tends to be the case, that led to an abundance of theories and speculative lines of inquiry being floated online, and one of them revolved around the identity of Ethan Hawke’s villain. It was a long time after the four-time Academy Award nominee was announced as the villain that his identity was confirmed, but that still isn’t enough for some people.

Despite speaking at length about how he approached and created the nefarious Arthur Harrow, scuttlebutt nonetheless abounds that Hawke will ultimately be revealed as Dracula, which would be a wild twist even by the supernatural standards of Moon Knight.

However, during a recent appearance on The Tonight Show, the actor laughed it off by admitting that he’s hoping it turns out to be the case, too.

“That is awesome. I so want that to be true. Your expectation is so intense I want to say yes so bad…I am Dracula. You heard it here first, to hell with the lawyers, Dracula it is…I wanna be Dracula so bad.”

Moon Knight, Michael Giacchino’s Halloween special for streaming, and Mahershala Ali’s Blade are opening up the doors to introduce more horror elements into the MCU, but if the most iconic vampire of them all does make his presence felt, we’d feel confident in saying it won’t be in the form of Hawke’s Arthur Harrow.