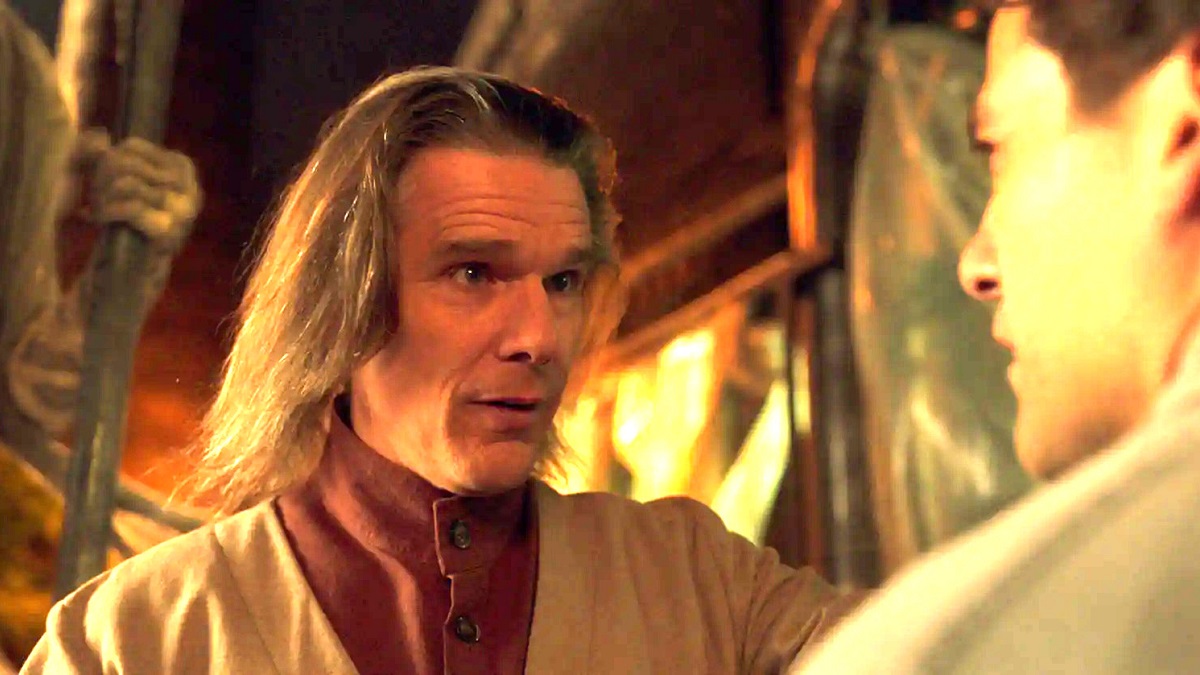 Marvel Cinematic Universe fans have been conditioned to expect cameo appearances and crossovers in virtually every single one of the franchise’s projects, but the key creatives involved in next week’s Disney Plus debutant Moon Knight have been going out of their way to underline the show’s status as a relatively standalone project.

Obviously, Spider-Man: No Way Home showed very recently that the cast and crew involved in a hotly-anticipated Marvel effort are hardly above lying through their teeth about who is and isn’t going to show up, but it would be fair to say that Oscar Isaac’s impending arrival as Marc Spector is an altogether different proposition.

Executive producer Grant Curtis said Moon Knight wasn’t directly connected to the rest of the goings-on in the MCU, while Ethan Hawke admitted that was one of the reasons he was drawn to the series in the first place. However, rumors don’t simply disappear, so the actor has been forced to confront the speculation in a more direct fashion.

During an appearance on The Tonight Show, the four-time Academy Award nominee was asked specifically about Mark Ruffalo’s Bruce Banner, and he immediately tried to pour cold water on the chatter.

“That would be cool, right? That would be cool. Except I know Mark Ruffalo, and I think if we were on the same show, he would have at least texted me or something. So I don’t think that one’s got a lot of legs. I know, I know. Maybe in another one!”

While it’s true that Ruffalo was spotted in Budapest at the exact same hotel as several members of the Moon Knight cast and crew, the longtime Hulk was in the city to shoot director Yorgos Lanthimos’ Poor Things. That doesn’t rule him out 100%, but it also means fans shouldn’t be hedging their bets on him to drop by, either.