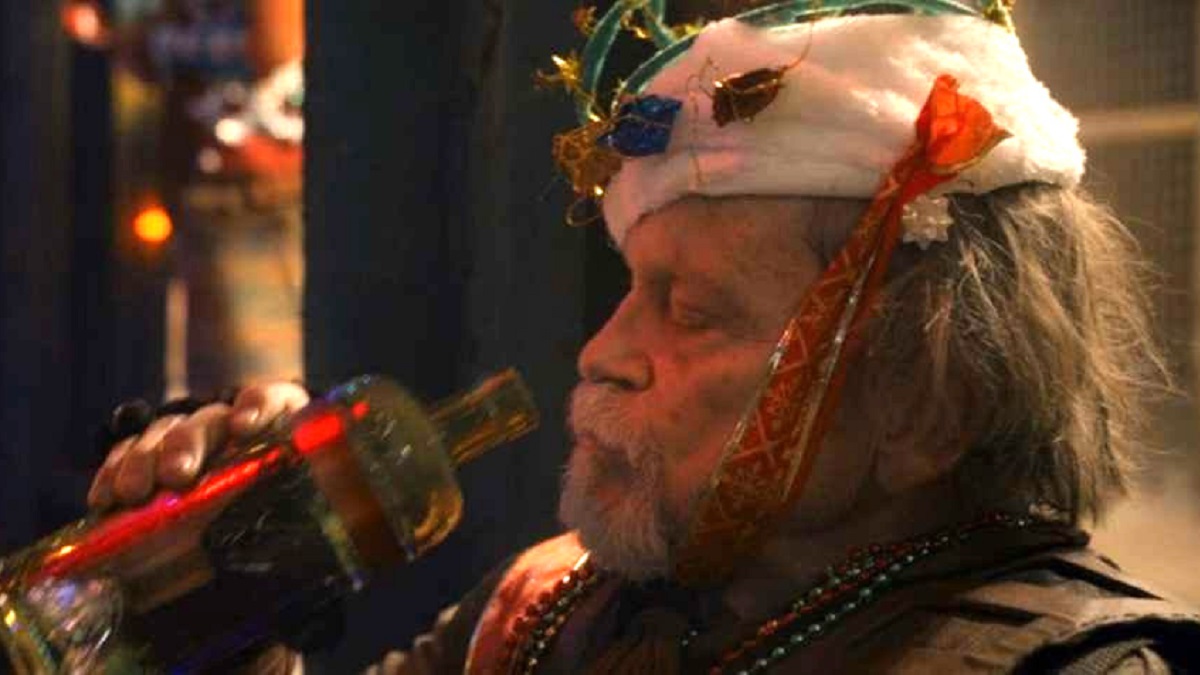 One of the Marvel Cinematic Universe’s shortest-lived mysteries captured the imagination of the internet over the weekend, with fans adamant they’d spotted a blink and you’ll miss it cameo in The Guardians of the Galaxy Holiday Special from none other than Mark Hamill.

While it was only a one-second shot, the speculation intensified when neither the Star Wars legend or writer and director James Gunn publicly confirmed or denied it was indeed the longtime Luke Skywalker, with many taking that as a confirmation given the pair’s penchant for addressing social media scuttlebutt head-on to draw definitive lines under matters of all shapes and sizes.

Unfortunately, it was confirmed that Hamill hasn’t yet debuted in the MCU, despite previous conversations with Gunn about a potential role in the Guardians of the Galaxy saga. As disappointing as it ended up proving to be, there was at least one person who remained incredulous at the fact the Batman: The Animated Series veteran hadn’t swung by the Marvel Studios Special Presentation.

We can now focus our attentions on whether or not Hamill will pop up in Vol. 3, then, with the trail of Twitter breadcrumbs already stretching back a long way. If Gunn can rope in the likes of Kurt Russell, David Hasselhoff, and Kevin Bacon to indulge in some cosmic shenanigans alongside Star-Lord and the team, then why not another legend who experienced the biggest successes of their career in the 1970s and 80s?

It might be wishful thinking, but it’s not as if the MCU doesn’t indulge in bountiful fan service.