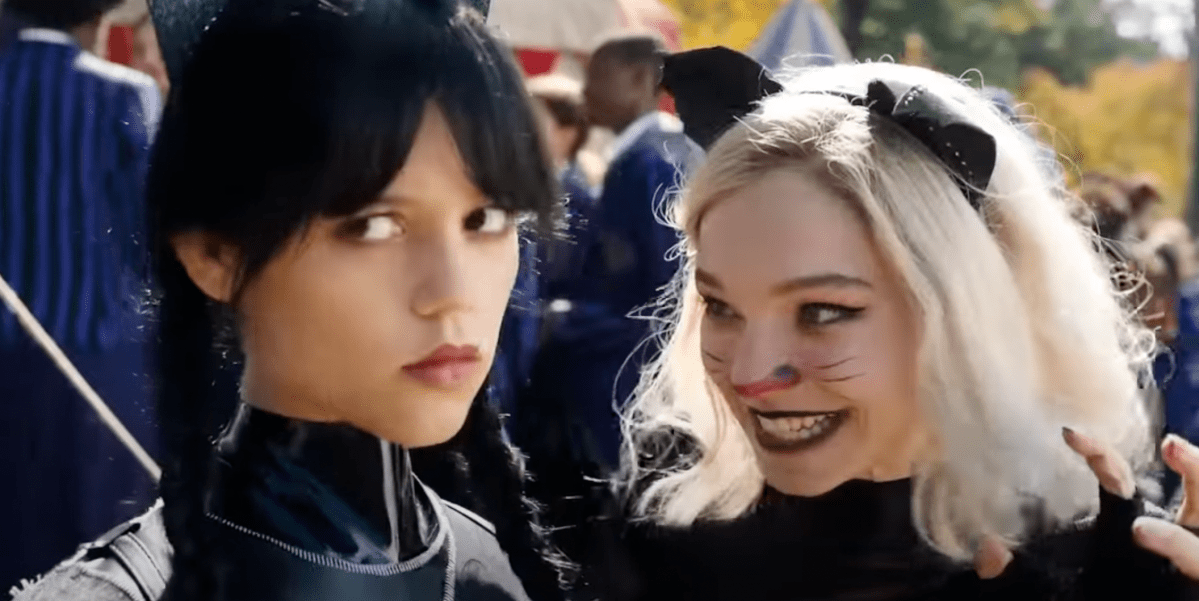 One of the biggest controversies surrounding Tim Burton’s critically acclaimed Wednesday series is the ever-present accusations of queerbaiting via the show’s passionate fanbase. Namely, the relationship between roommates Wednesday and Enid — which has now been dubbed with the nickname “Wenclair” and remained at the center of the discussions. But it looks like the growing fanbase aren’t the only ones who believe that Jenna Ortega’s Wednesday Addams should be a queer character.

Over on the highly active Wednesday subreddit, user u/Jonny559 shared an Instagram post from actor Hunter Doohan, who portrays Wednesday’s canon love interest Tyler Galpin. In the post, Doohan included several quotes from stars Jenna Ortega, Emma Myers, and Percy Hynes White — all of whom insist that Wednesday and Enid should be a romantic, queer couple in the series. Doohan even captioned the post: “Out here fighting for #Wenclair.” How’s that for spicy news?

Surprisingly enough, the comment section was completely split down the middle, with a handful of users pleased with Doohan’s post, some uninterested in a romantic relationship, and others not entirely convinced that Netflix will pull the trigger on the duo having a queer relationship.

Regardless of where you stand, there’s no denying that Doohan’s post certainly ignited a mixed bag of emotions, with the majority of fans unsure of which direction creators will decide to take the series. Nevertheless, Wenclair shippers are surely keeping their hopes alive until then.