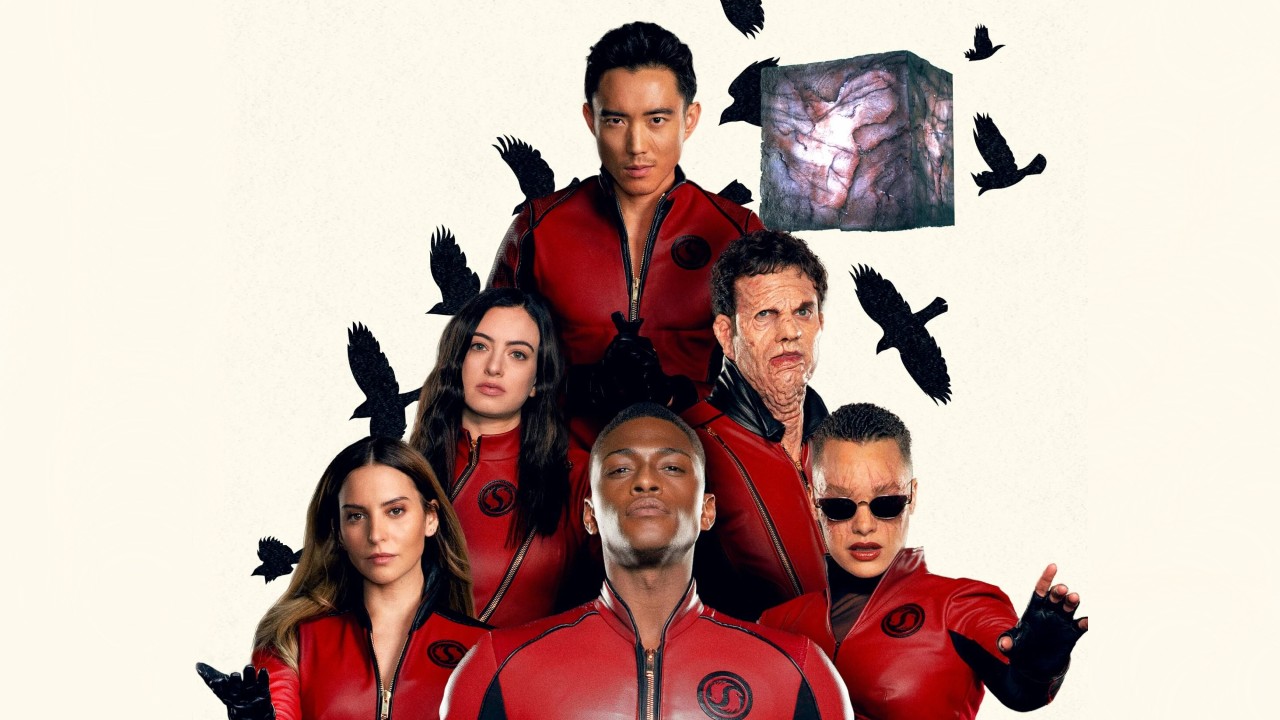 A whole new team of damaged superheroes is set to join the cast of The Umbrella Academy with the debut of the Netflix series’ third season.

The upcoming season will introduce the Sparrow Academy, a version of the main cast from an alternate universe. The Sparrow Academy is composed of an entirely new cast of characters, excepting Ben, all of whom share a super-powered backstory with the original Hargreeves. Like the first seven, they were all born on the same day in 1989, they all harbor unique and powerful super abilities, and they were all adopted by Sir. Reginald Hargreeves at a young age.

Apart from these similarities, the Sparrow Academy members share very little in common with those from the Umbrella Academy. Over the course of two seasons, we’ve become well-acquainted with the various powers and abilities harnessed by Allison, Klaus, and Victor, but the new arrivals are largely mysteries. Trailers have provided a few hints of what to expect from the members of the Sparrow Academy, but fans are itching for more.

Like Luther, the Sparrow Academy’s Number One takes his role to heart. Marcus Hargreeves shares more in common with his Umbrella Academy counterpart than anyone else — excepting Ben, of course — a fact that should make fight scenes between the two all the more interesting.

Marcus is a “natural born leader that oozes confidence and keeps the family together,” according to a Jan. 2021 tweet from Netflix’s Geeked account. Unlike Luther, who is plagued by self-consciousness and doubt, Marcus is “equally as charming as he is chiseled and colossus.” He boasts a similar power profile to that of his Umbrella Academy equivalent, with his main flex (literally) being superhuman strength. He is played by Justin Michael Cornwell, an actor who appears to encapsulate Marcus’ charm (and chiseled bod) flawlessly.

We’re already well familiar with the Umbrella Academy version of Ben, but what of the alternate Sparrow Academy version? Justin H. Min returns to the fan-favorite role to play his counterpart, a fact that absolutely no one is upset by. He appears, based on teasers and released details, to be far more brash and ambitious. He, like Diego — the Number Two we are far more familiar with — yearns to lead his team of mismatched superheroes, but often falls short of the established Number One.

The Sparrow Academy’s Ben is “scheming, tactical, and vicious,” according to Netflix, and boasts the exact same power as his deceased Umbrella Academy counterpart. He can summon a terrifying set of Eldritch Tentacles from a portal in his stomach, a truly devastating power that the other Ben often hesitated to bring forth.

The third Sparrow Academy sibling goes by Fei and is described by the Umbrella Academy Twitter account as “typically the smartest person in the room.” Played by Canadian actress Britne Oldford, Fei, like the other members of the Sparrow team, appears to be far more put together than anyone from the Umbrella Academy. All that confidence may conceal inner turmoil, however, an idea that would align perfectly with her unique ability.

A far reach from Allison, her Umbrella Academy match who — fans will recall — can manipulate the minds of her target with four simple words, Fei has the ability to summon a murder of crows from her own body. She can set this throng of furious birds on her enemies when she sees fit, but is notably calm and collected typically. Once she’s been crossed, however, “there’s no turning back.”

A hardly-recognizable Jake Epstein of Degrassi fame joins the cast of Umbrella Academy as the Sparrow Academy’s Number Four. Alphonso Hargreeves stands out in trailers thanks to his heavily scarred appearance, a look that has yet to get a full explanation. Netflix simply describes him as “a scarred crime-fighter” who uses his “caustic and biting sense of humor” to verbally berate his enemies. He takes after Peter Parker in that regard.

Alphonso’s scarred aspect appears to relate directly to his ability. He is able to use his Empathetic Masochism to inflict harm on his enemies — but in order to do so, must wreak havoc on his own body. By damaging himself, Alphonso can harm his enemies. The unique power is, well, masochistic, but that doesn’t make it any less intriguing.

The Sparrow half to the Umbrella Academy’s Number Five is Sloane, a kindhearted but ambitious addition to the team. She’s a rare sight in trailers, but Sloane — played by ​​Génesis Rodríguez Pérez — is seen at one point in direct combat with Five. There’s clearly more to this character than meets the eye, based on Netflix’s teaser for her, which labels her as “a romantic dreamer,” but one “with plans of her own.” Sloane’s official announcement tweet teases that she “may just act” on these plans, setting the character up as a potential roadblock in season three’s story.

Sloane’s powers have yet to be officially announced, but the cast of Umbrella Academy season three may have accidentally let slip what this new addition is capable of during the show’s Geeked Week panel. Aidan Gallagher noted, during one response, that Sloane’s ability may have to do with gravity. Images of the character that appear to show her floating align with this, and a gravity power set balanced against Five’s ability to manipulate space and time would be, in a word, awesome. This may be a misdirection, however, if her similarities with an Umbrella Academy comic character aren’t a coincidence. Sloane’s kind eagerness would marry flawlessly with Carla, a character who can heal irreparable injuries with only her words.

28-year-old Cazzie David will make her mainstream debut as the Sparrow’s Number Six, Jayme Hargreeves. Details about Jayme’s powers have yet to be released, and trailers don’t appear to be giving anything away, but a few details in her costume may link her to the comic book character she’s based on. If her blue sweater is any indication, Jayme may boast the ability to blast enemies with an eruption of power that stems from her eyes, Cyclops from the X-Men style.

Jayme is teased as the resident badass in Netflix’s shared tweets, described as “a loner with a fear-inducing snarl you’d be wise to avoid at all costs.” Netflix’s mention of her “fear-inducing snarl” could feasibly be a nod to the character’s abilities, dropping hints toward a vocally-oriented power a la Siryn from Marvel comics.

The final member of the Sparrow Academy is easy to miss. That’s because he doesn’t share any physical traits with his siblings, given the fact that the Sparrow’s Number Seven is a floating, slightly flesh-colored cube. His name is Christopher, and Netflix lists the actor behind the character as “existential dread inducing psykronium cube.”

Christopher may not have hands or arms, but he does pack plenty of punch. He boasts the ability to make a space freezing cold and “induce paralyzing fear” in the hearts of his enemies. He is telekinetic, which appears to be behind his ability to float, and is referred to as the Sparrow’s “oracle.” What, exactly, this means has yet to be revealed, but hopes are high that season three holds the answers.