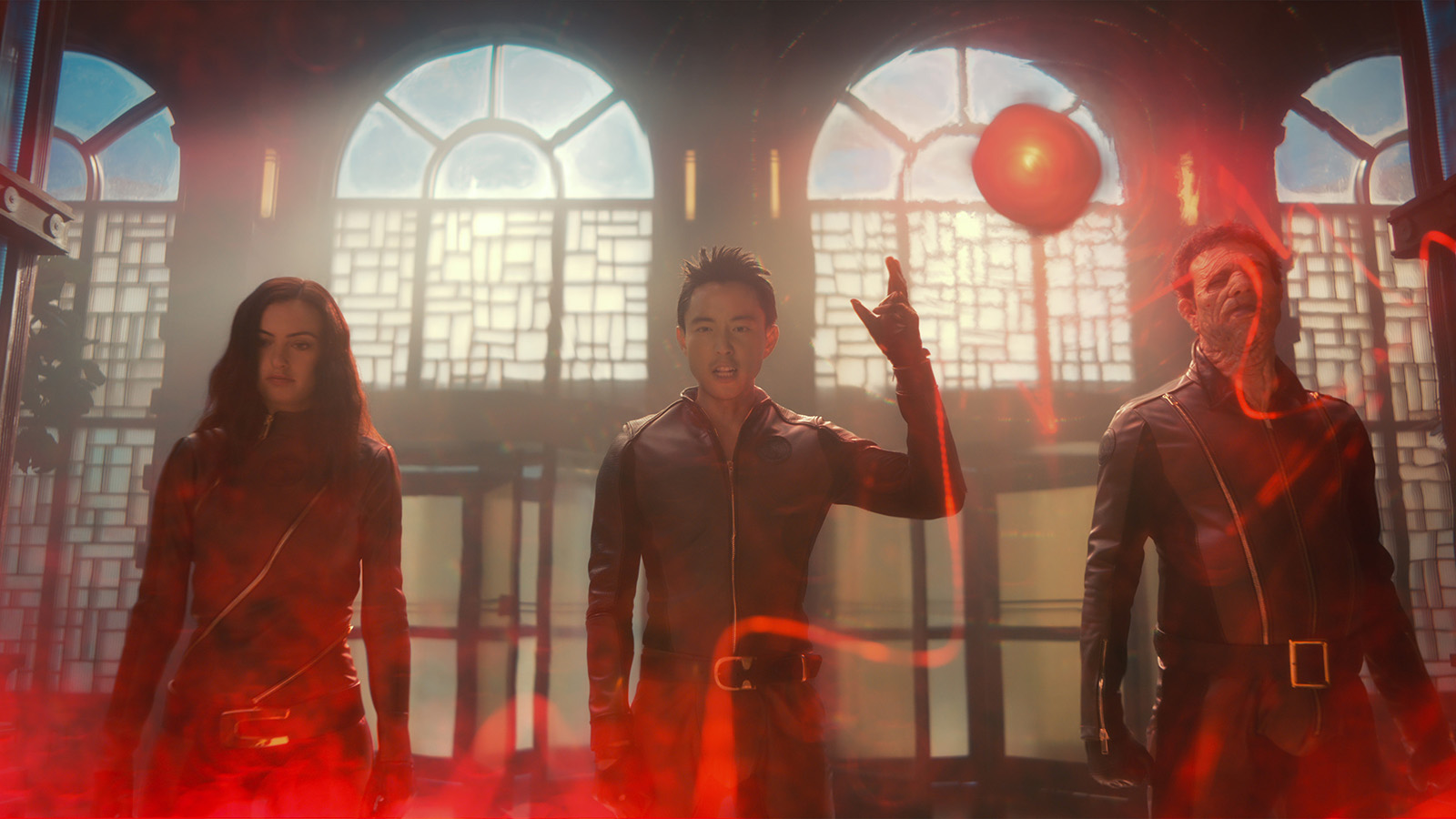 Trailers for the upcoming third season of The Umbrella Academy promise yet another season of wonderfully weird super-powered action.

The latest venture into Gerard Way and Gabriel Bá’s wacky world will introduce a slew of new characters, as the Sparrow Academy officially arrives to face off against the Umbrella Academy. Details about the new members of the cast have slowly emerged over the course of recent months as fans seek out details about the popular series, but one character remains a mystery.

Among the Sparrow’s ranks is a mysterious cube, one that clearly contains immense power and appears to be treated like a member of the family. Is this because it is actually a sentient member of the household, or is season three’s strange cube nothing but an object of power?

What is the cube in Umbrella Academy season three?

For months, Netflix has been slowly rolling out hints and teasers for season three of The Umbrella Academy. Among these bare details, viewers have gotten only a few glimpses of the majority of the Sparrow Academy team. While Ben’s presence among their ranks has been well-known since day one, the identities of the other Sparrows have been harder to track down.

With the official release around the corner, we’ve learned quite a bit more about the mysterious members of season three’s competition. The cube largely remains a mystery, however ⏤ a likely purposeful decision from the people at Netflix, given the character’s distinct abnormality.

But it is a character, not an object — that much is clear. The cube may look like a strange glowing shape that can levitate, but it is, in fact, both a member of the Sparrows’ team and a member of the Hargreeves household. It’s name is Christopher.

Christopher Hargreeves, aka Number Seven in this timeline, is a telekinetic cube. Whether or not he was once man-shaped will likely reveal itself over the course of the season, but for now, all we know is his current cube form. Despite this, he boasts a set of powerful abilities and seems to boast the title of the Sparrow Academy’s official ringer.

That’s because he can freeze a room with nothing but a thought and introduce a mind-numbing fear into his enemies’ brains. He’s also able to levitate and likely has a few additional concealed powers on the back burner.

Like all the other members of the Sparrow team, Christopher was adopted by the Sparrow universe’s Reginald Hargreeves and raised alongside his six siblings. He is considered the Sparrow team’s oracle and bolsters them in battle with his intimidating control over the mind. His nickname of “Existential Dread” from early trailers suddenly makes a lot more sense.

The only powers that we are currently aware of include Christopher’s ability to abruptly alter the temperature in an area, leeching all the warmth from it, and induce fear. His fear-based ability is so powerful that it can paralyze his victims completely, which almost counts as another power entirely.

We’ve got a lot of questions about Christopher and his strange, cube-ish appearance. Dozens of fan theories already claim to have solved the Christopher mystery, with some fans labelling him as this universe’s Harlan (remember the kid from season two?) and others claiming his cube shape is the result of a mistake made by Ben. Regardless of who is right, he easily cinches the title of weirdest Umbrella Academy character to date — we think — and is already the topic of passionate online debate.

Fans with burning questions about the culprit behind Christopher’s geometric shape will have to wait until season three officially drops to find answers. The new season arrives on Netflix on June 22, 2022.