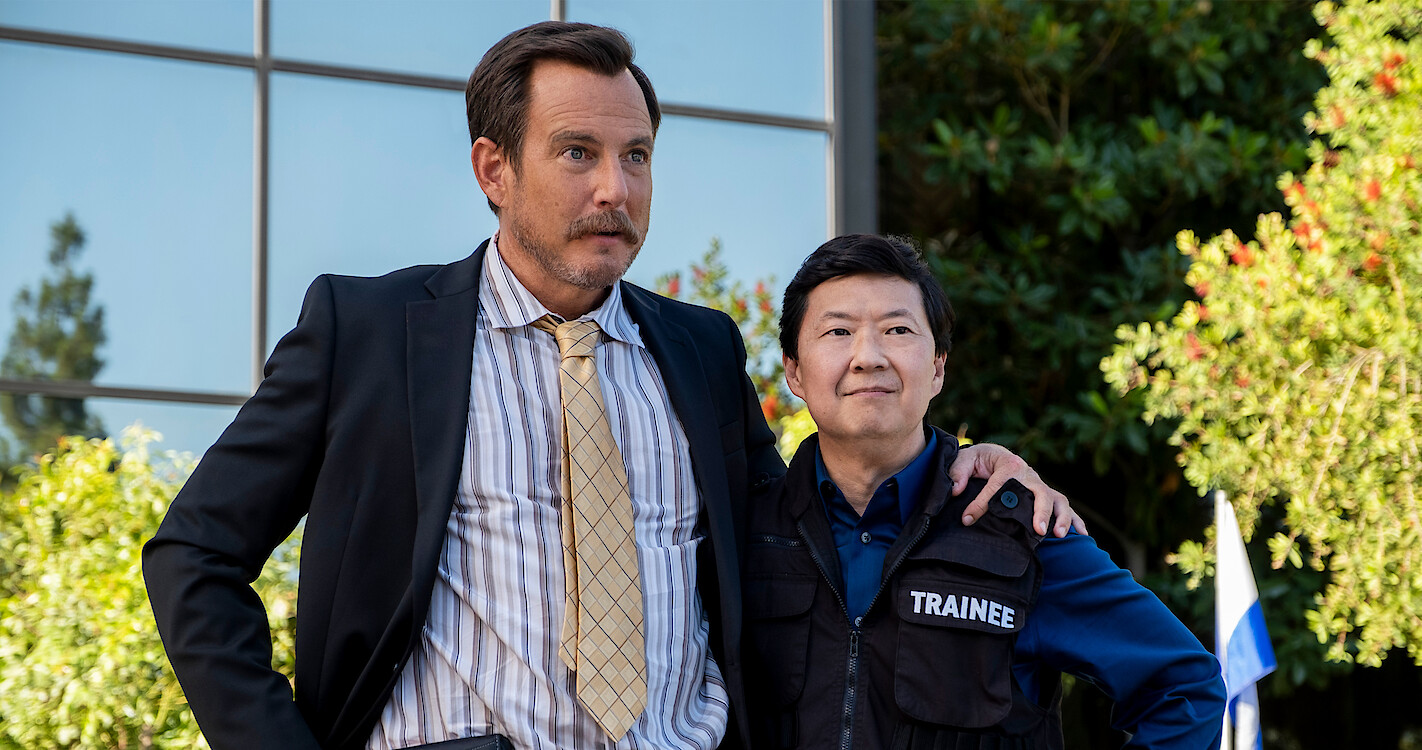 Murderville composer Matt Novack is revealing how taking improvisation classes, and even taking the stage for an amateur comedy show with classmates himself, helped inform how he approached scoring the music for the organic humor found in the genre-blending Netflix comedy show.

Ahead of the release of Murderville on Netflix Thursday, the composer for the police procedural parody also explained a surprising secret to maximizing the humor in the show through compositions and how he came to compose the music for many comedy-centered titles throughout the years, in an exclusive interview with We Got This Covered.

Though Novack has worked in many different genres, he said the “bulk” of his career has “really has been in comedy.”

“I started as an assistant on the film Role Models for sir Craig Wedren. And then ultimately, that led to my first show, Children’s Hospital, which I scored all seven seasons of. And I’ve been doing a lot of comedies since then.”

The premise of the Will Arnett-executive-produced Murderville, in which the Arrested Development actor also stars in the lead role as eccentric detective Terry Seattle, blends police procedural drama, improv comedy, and a dash of reality show. Each episode features a celebrity guest star, donning a “trainee” vest, who are given clues to a murder mystery they must solve and thrust into absurd situations. The celebrity guests  — including Conan O’Brien, Sharon Stone, Kumail Nanjiani, and Marshawn Lynch — are not playing a fictional character, but can be viewed more so as participants or contestants.

Will Arnett, Conan O' Brien, Sharon Stone to star in improvised mystery, 'Murderville' for Netflix
1 of 7

While the actors around them, like Arnett embodying the role of detective Terry, are strictly playing a fictional character, the celebrity guests are simply going along for the ride, like an audience member at an improv show plucked from their seat to participate in a scene. The guest stars aren’t given a script and can be seen in the trailer breaking into laughter at the ridiculous tasks they are given — such as donning a silly disguise or repeating their absurdly long-winded alias to a contact in an undercover operation via Terry’s instruction through an earpiece. At the end of each case, the celebrity guests — including Ken Jeong and Annie Murphy — must guess who they think the killer is, similar to a game of Clue or maybe an escape room.

When asked if Novack had a certain approach to scoring comedy, as compared to other genres, he said it generally depends on the style of comedy. But for the more absurdist type of shows he’s been doing lately, such as Murderville, Children’s Hospital, and Medical Police, the secret is to play it straight and let the humor arise out of the situation rather than trying to make the melodies zany in and of themselves.

“A lot of the comedy comes from just the characters and actors playing these absurd situations straight,” he said. “The characters aren’t in on the joke — or just the situation’s the joke.”

Novack said making music for comedy shows works the same way, playing it totally straight for the most part. For example, you can hear for yourself from the music featured in the trailer for Murderville that the strings-heavy, orchestral feel wouldn’t sound too out of place in a serious thriller.

Novack’s composition for other parody shows, like Medical Police and Children’s Hospital, are other excellent examples, and you can find a musical playlist with samples from those shows and other pieces by Novack here.

“That kind of style I score straight, I scored like it’s a drama, or a medical drama in the case of Children’s Hospital, an action-adventure like Medical Police, or a cop procedural like Murderville,” he said.

Though the “playing it straight” approach gets Novack a good way into his desired sound, the composer clarified, “you have to be aware for the humor, so you’re making space for jokes and punchlines and not just ignoring it, if that makes sense — so straight but not ‘slap-sticky.'”

This approach to treating the material as if it is serious, even when it’s silly, is similar to the kind of acting advice one might find in books about improv comedy, such as the seminal Truth in Comedy by Charna Halpern, Kim Johnson, and Del Close.

When asked whether Novack himself had tried doing improv comedy, which can sometimes incorporate music, the composer said he decided to take a class on the subject a few years ago at legendary theater Upright Citizens Brigade and loved the experience. The course, taught at the Los Angeles location by Todd Fasen, culminated in Novack and his classmates acting in an amateur improv show.

“I think everyone should take improv at least once in their life. It’s just, it’s such a life skill,” he said.

Novack explained that after working with comedy legends in the industry for years, such as Children’s Hospital co-creators Rob Corddry and David Wain, as well as Murderville Co-Executive Producer Krister Johnson, he “definitely did want to kind of learn more about improv and what goes into it.”

He described the experience of learning about the stagecraft as “a lot of help lately” in his approach to doing music for the improv-centric Murderville in particular.

“That was actually interesting about the show is that scoring improv just felt…a little different than scoring a scripted comedy because it’s like…there’s something just more organic and unpredictable. It had to leave like more space and make sure that the scenes were playing correctly and the jokes, the humor was coming across,” Novack said.

A good example of the unconventional type of humor in Murderville — which is based on a BBC show with a similar concept, Murder in Successville — is when the celebrity guests break and start laughing, which the composer said are “some of the best moments.”

In addition to improv and police procedural elements, Novack said the show also has something of a prank show element to it and “a kind of competition, reality show vibe.”

At the conclusion of each case, the celebrity guest must guess who the killer is, based on the clues, from a lineup of suspects.

When asked if the musical score included a classic reality show-style “sting,” Novack said it did.

“They go through the murderers, and it’s like a big stinging close-up on each suspect, and it’s pretty funny,” he said.

Novack went on to describe Murderville as “nothing like I’ve ever seen on TV.”

“I’m impressed because I feel like with these kinds of blends of genres, it all blends together really well… I’m looking forward to seeing how people like it.”

Watch all six episodes of Murderville on Netflix Thursday.