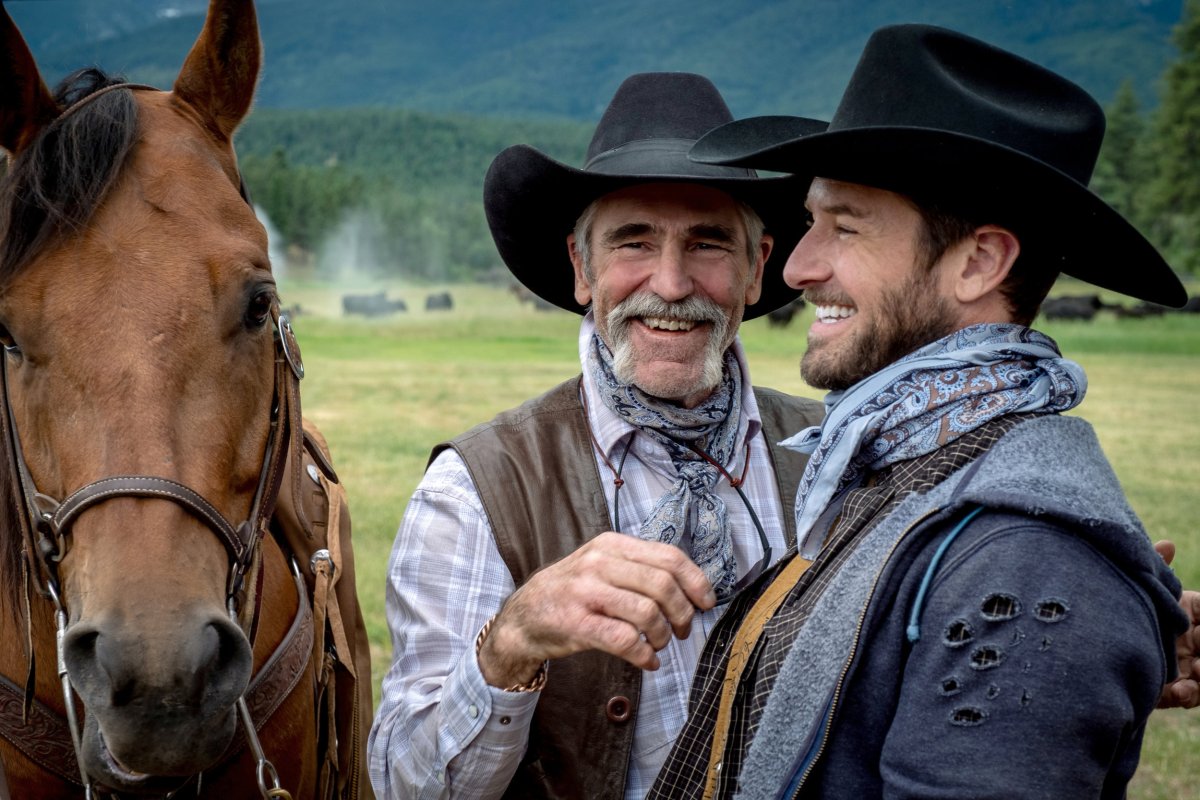 Season five of beloved cowboy drama Yellowstone premiered just under a month ago, and fans are enjoying the latest updates on our favorite ranch family. The new season kicked off with a special two-episode premiere that showed all the ways the Dutton family’s lives have transformed, especially with John stepping up to become governor of Montana. Of course, not everything has changed. The episodes highlighted Beth and Rip’s relationship by traveling back in time to show us the couple’s very first date.

The actors portraying Beth and Rip as young adults were incredibly well-cast, but we couldn’t keep our eyes off of young Lloyd. The flashback scene takes us back more than 20 years, and viewers were shocked by how much the actor playing young Lloyd resembled the trusty ranch hand as we know him today.

In the flashback, Lloyd gives Rip some advice before his big date and warns the young man to stay away from Beth. “Not one good thing happens in town, Rip. Not one good thing,” he says forebodingly. His premonition turns out to be correct, as the date is a bit of a disaster, but the scene gives us a good look at the actor playing Lloyd and the resemblance is uncanny. Who exactly is portraying young Lloyd, and why does he look so much like Forrie J. Smith, the actor who plays modern-day Lloyd?

It’s all in the family

Some believed that young Lloyd was a CGI-creation, and the show had technologically de-aged the actor. The reality is not nearly as high-tech. The two greatly resemble each other because they are, in fact, related; flashback Lloyd is played by Forrie J. Smith’s son, Forrest Smith. The two look so much alike, it caused enough of a stir on social media for Forrie to clarify that his son was playing the younger him on the show.

Funnily enough, this isn’t the first time Forrest played his father. The actor played a young Lloyd previously in the Yellowstone season two episode, “Touching Your Enemy,” back in 2019. At the time, nobody batted an eye at the young actor, but in the past few years, Forrest has grown to greatly favor his old man. Fans on Reddit even complimented the Forrest Smith’s portrayal without knowing the two were related, saying they thought he nailed older Lloyd’s mannerisms.

Regardless of the family ties, Forrest does an excellent job portraying Lloyd in flashbacks, and we hope to see more of him in this season and beyond.