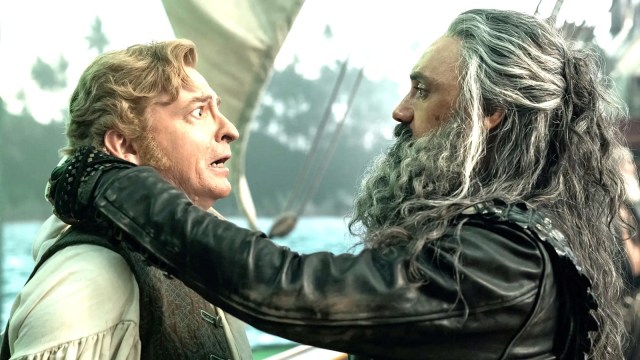 Ever since David Zaslav assumed control of freshly-minted multimedia conglomerate Warner Bros. Discovery, HBO Max subscribers have been on tenterhooks waiting to discover the fate of their favorite shows or original movies.

With the plug getting pulled on Batgirl when the DC Comics adaptation was in the final stages of post-production, never mind the wide-ranging cuts to animated and family-orientated content, there are very few in-house titles that can definitively be deemed safe at this stage.

Sure, some heavy hitters, awards season favorites, and blockbuster-sized properties will remain free from the ruthless axe of Zaslav and his cohorts, but that’s a very small list compared to the multitude of titles we can reasonably assume to be fearing for their lives.

Naturally, fans have reacted to the unwavering uncertainty the only way they know how, by posting a ton of memes under the #HBOMaxJustCanceled hashtag, and they range from the absurd to the inspired.

This time next year, the complexion of HBO Max’s programming lineup could look markedly different from where it stands today, with Zaslav’s cost-cutting measures being undertaken without any semblance of what the public thinks. He’s a businessman at the end of the day, so subscribers and supporters alike will need to keep their fingers crossed for the foreseeable future and hope for the best that their favorites make out in one piece.

If the $70 million Batgirl can bite the bullet, then there’s really no telling what could be next on the chopping block, which is understandably going to worry a lot of people.