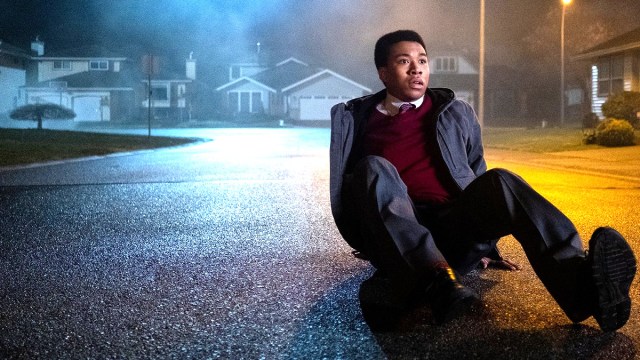 If you’re looking for a filmmaker to craft intensely atmospheric and widely acclaimed exercises in episodic terror, then look no further than Netflix veteran Mike Flanagan. The writer and director is making the most of his exclusive development deal with the studio, and it’s literary adaptation The Midnight Club next out of the gate.

Suffice to say, expectations are already through the roof for his genre maestro’s latest effort, which has to follow in the daunting footsteps of The Haunting of Hill House, spiritual sequel Bly Manor, and Midnight Mass, all of which drew rave reviews from critics and subscribers, drawing in bumper viewing figures in the process.

Vanity Fair has dropped the first batch of images from what promises to be another terrifying tale, and you can check them out below.

The Midnight Club follows a group of terminally-ill teenagers who live in a hospice run by a mysterious doctor, and they get their name from their shared love of gathering in the wee hours to tell each other scary stories. Suffice to say, things start to take a turn for the frightening when one of their member dies, matters that aren’t helped by the pact they made to communicate with each other from beyond the grave.

Several Flanagan regulars will make appearances in the show, which comes as no surprise given his love of a frequent collaborator or two, and now that the veil of secrecy has been lifted, we won’t be too far away from a trailer. Knowing how these things work, we could be looking at a Halloween release window for The Midnight Club.